Not everyone sits around wondering about Dragon Skin Body Armor, but you take body armor seriously if you serve in the Armed Forces.

Body armor is a necessary item to protect soldiers from injury or death, and Dragon Skin Armor was a hyped-up option for military-grade body armor.

Before you go out and buy Dragon Skin Body Armor, there are some facts and research to consider.

Pinnacle Armor is the company that is responsible for Dragon Armor, which is no longer around. Currently, a different company still makes Dragon Armor.

The flexible body armor has scale-like round discs that overlap with one another. This design intends to be flexible enough for a person’s range of motion.

The discs themselves are ceramic and other materials. Also, the discs’ layout depends on the area the body armor covers.

The idea of Dragon Skin with its dragon scale-type coverage is fantastic. It is lightweight and moves with the wearer.

However, Army takes their body armor testing seriously, and Dragon Skin left a lot to desire.

In the beginning, the Dragon Skin Body Armor hype lead people to believe Dragon Skin was the new generation of body armor.

The company put in a significant amount of time in marketing.

Check it out below:

Aggressive marketing leads consumers to believe that Dragon Skin Armor had better capabilities than it actually has.

When Dragon Skin Body Armor first came out, the company made several claims that came under scrutiny after an NBC news report that showed Dragon Skin did a better job than the military’s current body armor.

As it turns out, the company handling Dragon Skin had a heavy hand in information revealed during the NBC report.

The Army does ballistics testing to find out how resistant body armor is to penetration.

The Army looks to see the upper limits of ballistic resistance.

Also, the Army has performance specifications that body armor must meet.

Specifications include the percentage of penetration within a defined number of impacts.

Also, it is vital to understand testing focuses on the first couple of shots because more shots will degrade the performance of any body armor.

Each impact with a bullet has its own parameters.

Parameters include partial and complete penetrations.

One parameter is the depth of the back face deformation (BFD) for the penetrations that are considered partial.

The BFD is how deep the impact is on the clay at the back of the armor. This crater is essential because that crater mirrors impact injuries to soldiers.

Also, the Army pays attention to the ballistic limits as it relates to velocity.

Essentially, the Army looks for how many times you can shoot and have partial or complete penetration. The test is at different velocities.

The Army takes the body armor, tests it in different temperatures, and then exposes it to saltwater, fuels, and oils.

Also, the body armor will take a drop to the ground and face a test.

So, the body armor is against a clay pack, and the gun muzzle is a specific distance away while testers count how many shots go through the armor either completely or partially.

Of the eight vests in the test, four failed testing.

In 48 shots, 13 of them either pierced the vest completely or shattered the ceramic discs.

The second shot penetrated the vest from the front at room temperature, while the sides and back did alright.

Although the Dragon Skin did fine with the saltwater exposure testing, there was complete penetration after exposure to motor oil during the second shot.

The body armor did worse after exposure to diesel fuel, as well.

After dropping the armor to create an impact, the first shot penetrated the right side while the front, back, and other side faired alright.

Also, when the Army took the body armor through temperature shifts, the glue that holds the ceramic discs together broke down at high temperatures.

The low temperature proved the armor as successful, however.

Although when cycling from below freezing to 120 degrees, the first and second shots showed a complete penetration.

The weight of the Dragon Skin Body Armor is almost 48 pounds, which is quite heavy for soldiers already carrying a lot of heavy equipment.

Therefore, the Dragon Skin Body Armor did not come close to meeting expectations of military testing.

Before buying Dragon Skin Body Armor, it is vital to review the research of how well the body armor works.

After the initial hype, the Army decided to test the body armor.

Also, many of the shots completely penetrated the body armor.

Therefore, the results of using DragonSkin Body Armor in combat will lead to grave consequences. 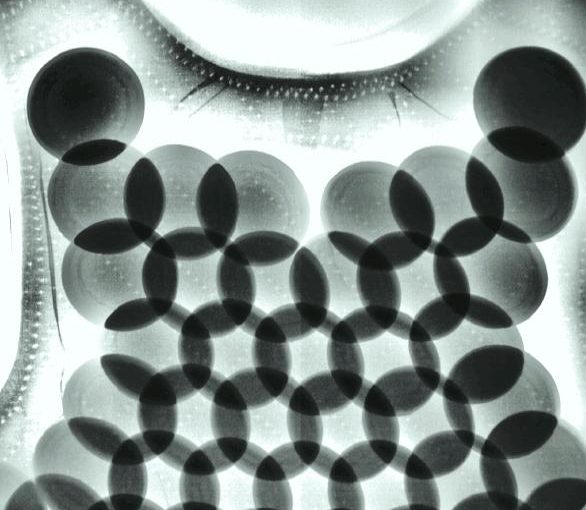 Dragon Skin body armor was once a popular bulletproof vest for the US Army. However, extensive ballistics testing revealed it wasn't all it was cracked up to be.