The United States Army classifies military jobs as your MOS.

Army 25 Series MOS occupations involve communication and have evolved with the progression of technology.

The signal center at Fort Gordan operates under the command of the Army Cyber Center of Excellence (CCoE).

Continue reading to learn more about each military job under 25 Series MOS:

Jump To An MOS

The U.S. Army Signal Center at Fort Gordon trains more soldiers than any other branch training center in the country.

Several recruits arrive at Fort Gordon with the ambition of becoming an Information Technology Specialist (MOS 25B).

Therefore, they are responsible for maintaining hardware, networks, and software for the U.S. Army.

Read more about the job duties of MOS 25B Information Technology Specialist.

The Army relies on this radio communication equipment to work in full order for reliability out on the battlefield.

An Army Electromagnetic Spectrum Manager has a sophisticated job title.

As a result, Army 25E Managers perform a variety of computer functions as well as supervise personnel in 25 Series MOS.

They also may perform supervision roles determined by the level of experience and military rank.

Army MOS 25L are critical for daily operations within the military branch.

They also supervise and perform maintenance on communication security devices and other associated equipment.

There is also a need to install and repair circuits and wiring related to cable systems.

Therefore, they work on graphic artwork for Army publications and TV programs.

Multimedia Illustrators are important contributors to the Army’s media and communication department.

Nodal Network Systems Operator-Maintainers keep all the lines of communication active and protected.

Additionally, there is a need to perform system/network operations and correct system faults for reliability and performance.

There is also a need to assist with fixing antennas, multiplexing, and communications security equipment associated with microwaves communications.

Army Operators-Maintainers may monitor and restore telecommunications circuits, trunk groups, and systems as part of their job duties.

For this reason, Army MOS 25Q maintainers are important for more old-school forms of communication.

Read more about what it takes to become a Multichannel Transmission Systems Operator-Maintainer (MOS 25Q).

There are varying levels of maintenance needed on communications systems.

They install, operate, and maintain this equipment along with other related duties.

They are part of an essential 25 Series MOS that keeps many different lines of communication active and dependable.

As a result, they focus on conducting stressed and unstressed network operations, as well as prepare system reports.

Find out more about the job duties of a Satellite Communication Systems Operator-Maintainer (MOS 25S).

An Army Satellite/Microwave Systems Chief (MOS 25T) is one of the leaders of 25 Series MOS.

Satellite/Microwave Systems Chiefs plan and supervise the operation and maintenance of communications equipment.

The U.S. Army depends on these types of communication like other equipment that operators under 25 Series MOS maintain.

Furthermore, they contribute to presenting technical assistance and training for local area networks.

Combat Documentation/Production Specialists have an important role within the Army media and communications department.

They document footage in both combat and non-combat situations.

An Army Telecommunications Operations Chief (MOS 25W) is a leader within 25 Series MOS.

They supervise a successful installation along with continual maintenance and repairs.

Telecommunications Operations Chiefs work with all types of telecom equipment like radio, cable, and automation.

Army MOS 25W Supervisors deliver technical assistance and advice to personnel under their command as well as commanders.

As a result, Chief Signal Non-Commissioned Officers must plan, develop, and coordinate the installation and operation of integrated C2 networks.

These operations are conducted for the U.S. Army along with joint and combined operations.

The footage includes combat documentation along with gathering military intelligence as well as information for public affairs.

Army 25 Series MOS is important to daily operations within the military branch.

Personnel in the Army Signal Corps support the command and control of combined forces under the U.S. Army.

There are many different types of communication the U.S. Armed Forces uses to remain connected and informed across the globe.

Army Signal Support jobs include network operations and the management of the electromagnetic spectrum. 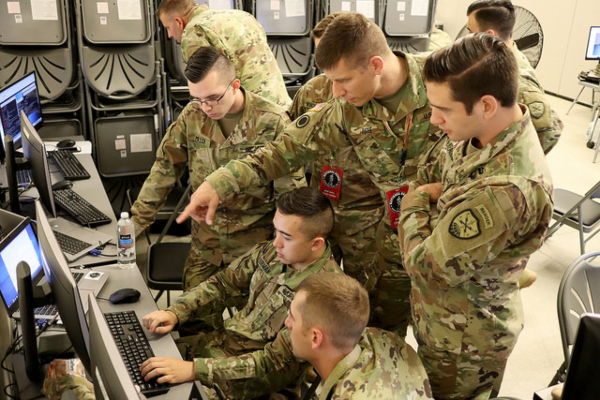 The jobs in the 25 series MOS field involve communications creation and repair. Learn more about each MOS in the series.