The Military Alphabet, also known as the NATO phonetic alphabet, has been in use since 1927 as a way of effectively and clearly communicating critical information.

There are many reasons why the military uses the phonetic alphabet, including:

Below you will find several resources on the Military Alphabet, including playable sound-clips for each letter, a printable PDF chart, flashcards to help you practice at home, and a quiz to test your military alphabet knowledge.

If you have any questions at all, feel free to reach out to us using the following contact form.

Here’s a helpful table outlining each letter in the military alphabet and its pronunciation.

Additionally, numbers in the military alphabet are pronounced differently.

Here’s a quick chart demonstrating how numbers are pronounced using the phonetic alphabet:

At first thought, learning the military alphabet might seem a bit intimidating.

One would say, it’s almost like learning a new language.

The simple truth is, with a little bit of practice, you’ll quickly find it’s a lot easier than you might have originally thought.

The very first thing you need to do is commit to memorizing them.

One of the best ways to do this is to simply write down the phrase over and over.

This is a simple hack that has been proven in study after study at helping people memorize items quickly and effectively.

Click Here for a printable PDF chart of the Military Alphabet.

Another very effective way to memorize military letters is to use flashcards.

Flashcards are simply the question on one side of a piece of paper, and the answer on another.

You can either use them by yourself or have a friend or sibling help you out.

Click Here for a free printable Military Alphabet flashcards to help you practice at home.

Lastly, you should focus on trying to learn the alphabet in the afternoon.

Countless studies have proven that we have a tendency to learn things better in the afternoon, as well as retain the information we learned.

Once you feel you have a decent amount of the military alphabet committed to memory, now it’s time to test out your skills on the road.

One popular way to do this is to recite license plate numbers while you’re out driving.

Simply look at the license plate number, and recite the phonetic pronunciation.

Try this one out:

Or how about this one:

Once you feel comfortable enough, check out the quiz below.

Take our quiz below to test your knowledge:

Charlie-Tango-Foxtrot: Same as above, often used as a substitute for reasons unknown.

Lima-Charlie: Stands for “loud and clear.”

Romeo-Foxtrot: Run like hell, or get the hell out of there!

Bravo-Foxtrot:  Buddy f$%ker, or someone who leaves their fellow soldier behind when the going gets rough.

40-Mike-Mike:  Standard abbreviation for 40 mm, which is a grenade launcher.

Alpha-Mike-Foxtrot: Adios Mother F$%ker.  Used both in the field when terminating an enemy, and in friendly conversation when a friend is leaving the barracks.

If you can think of any others that aren’t on this list, feel free to comment below!

How would you spell the word “no” over a walkie-talkie in the US Military?

Technically speaking, you would say it like this: “November Oscar.”

However, the general consensus is that instead of using the military phonetic alphabet, you would simply say “no,” “nope,” or “negative.”

Sometimes the simplest answer is the correct one.

Military Vs. Police Phonetic Alphabet – Is There A Difference?

What does Charlie Tango Foxtrot mean?

The term “Charlie Tango Foxtrot” in the military alphabet is another way to say, “What the f*ck?”

Why do they still use the military alphabet?

Because background noise, poor connections, and the similarity of the sounds of different letters, the military alphabet provides a clear and easy to understand system for communication.

What is Oscar Tango Mike?

Using the military alphabet, “Oscar Tango Mike” is a clear sign for “on the move.”

Why do soldiers say Tango Down?

When using the military alphabet, Tango for T is also short for “target.” So, the phrase “Tango down” means “target down” or “enemy down.”

When did soldiers start using the military alphabet?

The first “signal” spelling was used in the U.S. Navy with flags, and the Navy published its first radio phonetic alphabet in 1913. Since then, the system has changed and been adapted for air and international use. 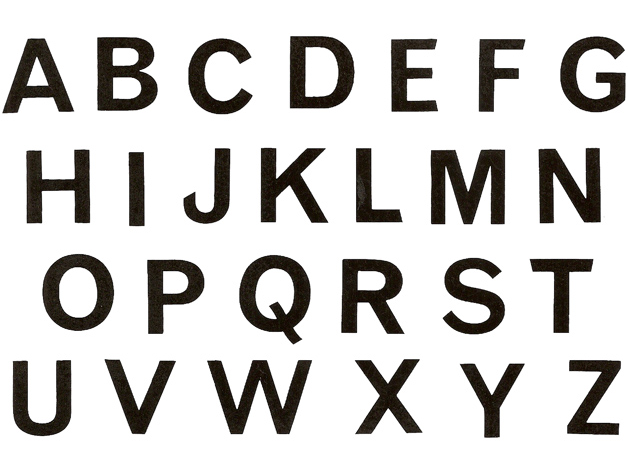 Check out OMK's complete guide to the Military Alphabet, including how to properly pronounce each letter, a free downloadable printable PDF, and more.