The United States Coast Guard is often perceived as a lesser unit of the military, but it does play crucial roles during peacekeeping missions and during combat times as well.

It is one of the oldest branches of the US military, having been founded in 1790.

It has built a reputation of being an efficient branch by doing more with less personnel.

This makes it one of the most cost-efficient branches of the United States Military.

Its primary responsibility is to protect the U.S. shores and also help in rescue operations in high seas and coastal regions.

During peacekeeping mission, this branch operates under the Department of Homeland Security.

During wartime, it can be transferred to the Department of the Navy to provide support.

It was originally called Revenue Marine but later changed to Revenue Cutter Service.

It became an arm of the Treasury Department in 1790 after being commissioned by Alexander Hamilton.

During that time, it had 10 armed cutters whose mission was to prevent smuggling.

However, the scope of its mission has expanded over the years, and today it consists of 11 legal components including drug interdiction, aids to navigation, marine safety, search and rescue, and environmental protection.

To execute these missions, the Coast Guard acts as both a regulatory agency and law enforcement agency.

Today, it operates under the Department of Homeland Security after being transferred from the Treasury Department.

When it comes to joining the Coast Guard, it is one of the hardest branches of military to join because of the fewer spots available for recruits.

You will have to undergo different rigorous tests before you qualify to be a Coast Guard personnel.

But is it really worth it?

To embark on a career as a Coast Guard, you will need to have a high level of commitment. Well, today we will look into the Coast Guard pros and cons.

9 Pros of Serving in the Coast Guard

Pro: You likely won’t ever step foot in a war zone

Most military branches have a straightforward goal- to train and prepare for war mission when called upon.

However, for the Coast Guard, they have a patchwork of tasks, responsibilities, and functions.

Since they are always working to fulfill their mission, they don’t have to train nearly as hard as other military branches since they rarely get called upon during war.

Therefore, as a Coast Guard, you are less likely to engage in war.

Once you join the Coast Guard, you are entitled to government housing and food.

If government houses are not available in the area you are serving, you will receive Basic Allowance for Housing- BAH.

Regarding food, if you are stationed in an area that does not have government dining facilities, then you will receive Basic Allowance for Subsistence- BAS.

All allowances for food and housing are not subject to state or federal income taxes.

Alongside a handsome Coast Guard salary, this military branch also gets a bumper health package.

As long as you are on active duty, your medical, dental, and eye coverage costs are all catered for.

This means you will not pay even a cent to access medical services and dental care.

By serving in the Coast Guard, you will get lots of opportunities and experience such as jobs in criminal justice and criminology.

If you want to help others and serve your country better, you can consider a career in criminal justice.

In other words, the Coast Guard offers diverse career opportunities that you can pursue and provides on-job training.

Upon graduating from OCS or the Coast Guard Academy, Coast Guard officers receive a salary based on the pay grade at the time of enlistment.

The Bureau of Labor Statistics to the US provides a chart illustrating the monthly pay members of the military are entitled to receive.

Here’s a chart showing the Coast Guard pay rates for less than 6 years or service for 2019:

On top of basic pay, you will receive allowances for housing and other things, as well as the retirement benefits you will get after your contract with them comes to an end.

Regarding salaries, you are paid twice a month- on the 1st and 15th.

Through the Post-9/11 GI Bill, the Coast Gourd helps you pay for your college as well as vocational-technical training.

Related Article: Does The National Guard Pay For College?

The GI Bill provides education benefits for up to 36 months. You can also use this benefit even if you are discharged from the Coast Guard as long as it is under honorable conditions.

You can learn about this here.

You are entitled to 2.5 days paid vacation every month, which equals to 30 days every year.

These annual leaves give you an opportunity to go and rest, and also provide time off for you to go and spend with your family.

You can schedule where you want your annual leave to fall, but you will have to submit a leave request according to WebTa, and in advance.

Pro: You’ll be Serving Your Country

You might be asking yourself, Why join the Coast Guard?

Well, one of the greatest benefits you will get is that you have a wonderful opportunity to serve your country.

You will save lives, protect US’s waterways and coastline, etc.

You will learn new skills, and you can get trained in any of the Coast Guard’s 20+ job listings.

No matter the field you opt to train in, you will be prepared for anything.

The Coast Guard offers an opportunity for you to serve your country in the best way you can.

As a member of the Coast Guard, you will get an opportunity to travel to different places as part of your job.

You will not only get an opportunity to see new places, but you will do it without spending a dime.

You will access military aircraft and have your family do so as well.

In other words, you will enjoy a whole different life in the Coast Guard.

Well, that’s the sweet part of the cake. Let’s now see the other side of the coin.

9 Cons of Serving in the Coast Guard

Con: It’s One of the Most Selective Military Branches

The Coast Guard remains the hardest branch of military to join because of the highest requirements they need for high school graduation.

They also reserve only a few spots making it harder to join this service.

More often, they exceed their retention and recruitment goals making them more selective when it comes to picking recruits.

Besides they have the most psychologically demanding boot camp.

Just like in other military branches, rank overrides everything.

Thus a younger Coast Guard can be more authoritative and get better pay than older personnel because of rank.

Experience still counts in this service, but rank overrides virtually everything.

Recruits are offered an opportunity to choose the duty stations or regions they would like to go, but it is the Detailer who has the final say.

If they see your choice is not feasible, then they place you to where they see fit.

Yes, in the dream sheet, the recruit will be given a chance to pick the target region they would wish to go, but in the end, you should be open to wherever your detailer (assigned officer) places you.

Con: It Can Be Dangerous

Like any other branch of military, the level of danger is dependent on the area you are serving in.

If you are a Coast Guard Helicopter Rescue Swimmer, you are more in danger especially when you are trying to save someone in windy water, and he is panicking while using you as a floater.

Tending buoys can be dangerous as well.

However, it’s all relative, and that’s why this service is not for the fainthearted.

Con: Longer Commitment than the other branches

As a Coast Guard, you are enlisted to their contracts for 8 years.

However, they can offer 3, 4, or 6-year active duty contracts in some cases.

This is a longer contract period as compared to other military branches where most often they have 2-6 year contracts.

Con: The Coast Guard Has To Do More With Less

The Coast Guard is one of the military branches that receives low funding. This means they have to do more with less personnel.

And considering the increase in the number of maritime threats, this makes their job more dangerous.

However, they are trained to deal with the shortage of personnel, and they are known to perform their mission with fewer personnel.

Con: Basic Training Is Harder Than Most Realize

The Coast guard boot camp is one of the most psychologically demanding camps of the military.

While it may not be as demanding as that of Marines in terms of physicality, it is difficult enough for most recruits, such that it has a high failure rate as compared to other boot camps.

Therefore, you need to be psychologically prepared for their basic training.

Con: Away From Family for Potentially Long Periods

Even when you are not in active duty, you will be needed to be around your respective bases.

This means you will be an absent parent or child in your family for many days.

And when you get deployed, it becomes even more difficult for you and your family.

The emotional cycle of deployment can cause detachment and withdrawal in some families.

So, be prepared to handle the situation because it will occur.

There are a lot of bureaucracies and micromanagement in the Coast Guard.

This service is more of a meritocracy, and you have to report to your senior even for simple things.

The rules have to be adhered to, and you cannot do anything that you desire without permission from your commander.

Before you decide to join the Coast Guard, you need to asses yourself first and gauge whether or not you are ready to serve the United States in the best way you can.

You need to have a high level of commitment and will to serve your country.

While members of most other military branches defend the United States in theaters of war outside the US, Coast Guard members act as the first line of defense at home safeguarding the coastline.

Eight years of service may seem like a long time to enter into a contract, but keep in mind that for 4 years you will be serving as a reserve for only two days a month- that equates to two weeks per year.

Of course, you will be separated from your family and also encounter dangerous moments, but it is safer and easier to be a Coast Guard than be in other military branches.

Pros And Cons Of Other Branches

Pros And Cons of Joining The Navy

Pros And Cons Of Joining The Air Force

Pros And Cons of Joining The Army

Pros And Cons Of Joining The Marines 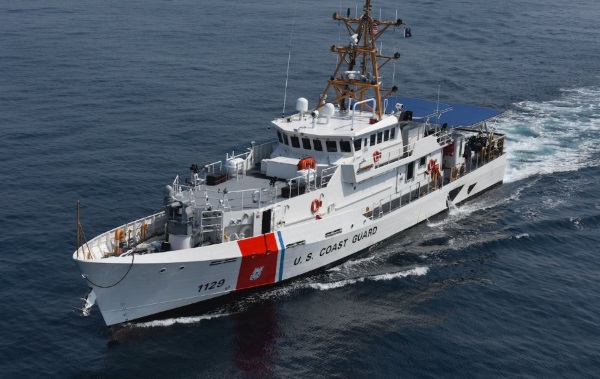 Learn more about the pros and cons of joining the Coast Guard, including how it compares to other branches of the military.