The United States Air Force may be vastly different from the civilian world yet there are good and bad jobs in it, just like any work industry.

The worst jobs in the Air Force are listed not because they are unimportant.

Rather, you don’t generally think about these careers when most enlist in the USAF.

These military jobs are not very glamorous, require long hours and repetitive tasks, and otherwise not too enjoyable.

Consequently, you should avoid these 5 worst jobs in the Air Force.

Related Article – Worst Jobs in the US Navy

Air Force Security Forces are tasked with keeping airmen and women safe, and are the ones responsible for protecting the base and its assets from outside attack.

One trend you will notice is that the USAF and other military branches tend to romanticize Specialty Codes (aka Air Force military jobs) more than they are worth.

For example, check out this video about Security Forces posted by the USAF:

While YouTube videos demonstrate Security Forces as a glamorous job protecting multi-million dollar aircraft, the realities of the job are far from it.

The life of a Security Forces specialist is one spent guarding a gate for hours on end, checking ID’s, and driving around the base.

It can be a very tedious job, oftentimes being tasked with simply staring at a door for 12 hours.

Air Force Security Forces (3P0X1) have a lot of down time yet that does present an opportunity to seek training and improve skills related to combat tactics and law enforcement.

Security Forces endure a job that is both physically and mentally exhausting.

According to the job description, candidates for USAF 3P0X1 must not have a fear of working around nuclear weapons or dealing with extreme heights.

Nonetheless, the Specialty Code can lead to a lucrative career in law enforcement once you complete a tour.

Air Force Services (3F1X1) is another Specialty Code that ranks among the worse jobs in the Air Force.

Air Force Services is an especially important and necessary job on bases that consist of hundreds of service members just not elegant or deeply fascinating.

You have to remember that military bases are like small cities which requires the traditional essential services to keep the place operational.

For this reason, USAF Services work to maintain and operate hotels, restaurants, and fitness centers on military bases.

Here is a decent representation of what you can expect in Air Force Services:

The vast majority of professions in Services (3F1X1) revolve around lodging or food service.

Though necessary, anyone that has ever work in food or hospitality can attest to how much these roles suck.

Regardless, learning how to manage a budget and getting promoted to supervising roles can prepare you for numerous careers in the civilian world.

It’s generally far from anyone’s first selection for an Air Force job, but working on USAF bases comes with a variety of benefits.

Air Force bases are generally considered the most sophisticated and advanced of any military branch.

In fact, many support their own golf courses and other luxuries.

Air Force Client Systems (3D1X1) is comparable to the job duties of a civilian IT technician.

While not the worse Air Force job you can think of it’s also not what generally comes to mind when someone enlists in the U.S. Air Force.

Client Systems Specialists ensure that all computer hardware and software is functioning properly.

As a result, they may install new software or troubleshoot existing problems.

Client Systems Specialists receive training and learn how to repair a variety of tech issues.

Since technology is becoming more common in all aspects of the military, the job is garnering more attraction.

Still, sitting behind a computer screen for hours and hours is not what most want when they enlist and plan to see the world.

Furthermore, Client Systems Specialists make far less than they would in the private sector.

Consequently, it doesn’t make the military job all that rewarding in terms of pay.

Be that as it may, it’s still a decent field to consider especially if you would like to receive training in Information Technology.

The military work is incredibly back breaking with intense physical demands.

Moreover, you don’t get any of the glory compared to troops that see combat, like the other Air Force jobs on this list.

You can get a fair idea of the type of work you’ll pursue in Air Force Civil Engineering (CE) by watching the video, below:

In addition to AF Civil Engineering jobs being physically demanding, you also have to take into account the requirements.

Considering that qualified applicants for Civil Engineering must have a Bachelor’s degree in architecture or engineering – you could do a lot better in the civilian world.

Air Force Civil Engineers earn a fraction of their private sector counterparts and also work under less than ideal conditions.

The pros is you get to tour parts of the world and live on different Air Force bases yet it may be difficult to find available time to actually enjoy it.

While USAF Civil Engineering is a good idea in theory, it’s often considered one of the worse Air Force jobs because specialists are underpaid and overworked.

Air Force Air Transportation is an example of a job title that sounds more exciting compared to the realities of the assignment.

For starters, Air Transportation doesn’t actually spend much (if any) time in the air.

Instead, they are primary responsible with loading and unloading cargo from military aircraft.

For example, if the cargo is not even distributed it can actually cause the aircraft to go down in the skies (as explained in the video, below):

You likely won’t earn any prestigious medals or awards for serving in Air Transportation (2T2X1).

Nevertheless, it’s a way to get into the United States Air Force and serve an important albeit non-glamorous role.

It’s one of the more physical Air Force Specialty Codes outside combat and without the glory.

Air Transportation Specialists must transport cargo and passengers safely and quickly to maintain order on a military base.

It’s not only demanding but often requires long hours on base including working overnight / less desirable shifts.

Air Transportation Specialists usually work in the elements so they also encounter all types of weather.

While easily one of the worst Air Force jobs due to the hectic and physical nature, it’s still means to getting into the U.S. Armed Forces which can open up so many doors! 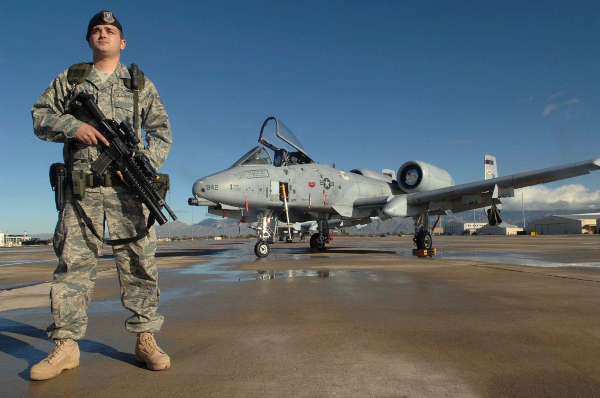 See our list of the 5 worst jobs in the US Air Force. They include security forces, client systems, civil engineering, and air transportation.