Joining the military is often a life-changing and positive option for many individuals. Therefore, new recruits often wonder can single parents join the military.

While the Department of Defense policy does not allow single parents to join the military, there are some options for single parents.

Specifically, the Department of Defense states the military branches may not enlist unmarried persons who have custody of dependents under 18.

However, the Secretary of Defense might grant a waiver, although it is rare.

In the past, new potential recruits would sign over custody of their children to a family member to qualify for service.

However, some military branches have rules in place for those who give up custody with the intent to regain custody later.

The Department of Defense created instructions for Family Care Plans, so the requirements are the same for all military branches.

Joining the Army as a Single Parent

When you sign up for the Army, you cannot have custody of minor dependents.

Some new recruits plan to give custody to a trusted adult and regain custody after the initial training period.

However, that is not advisable.

The Army has new recruits sign a document that shows that it violates the contract signed when enlisting if they try to regain custody.

Therefore, it could be a fraud, and the service member will face separation from the Army.

There are some waivers available for new recruits considering the Army National Guard.

In the Army National Guard or Reserve Components, as long as a Family Care Plan is in place that meets all the necessary requirements, a waiver is possible.

Joining the Navy as a Single Parent

If you are wondering can single parents join the Navy, you may discover you must give up custody for six months before enlisting.

Furthermore, the court order must indicate the new custody is permanent.

The Navy is looking to avoid having single parents sign over custody just to get into the Navy.

However, the Navy doe shave waivers available, but it is best to talk to a local recruiter for details and to ensure you have what you need to qualify for a waiver.

Joining the Air Force as a Single Parent

Like the Army, the Air Force understands that some new recruits give up the custody of their children for various reasons that have nothing to do with wanting to enlist.

However, the Air Force does not want potential recruits to give up custody of their children in order to join.

Also, new recruits found to have given up custody to get in the Air Force with the intention to regain custody later will result in a permanent disqualification from service in the Air Force.

Also, those who join will sign a certification that when they enlisted, it is without the intention of regaining custody of their children later.

Joining the Marine Corps as a Single Parent

The Marines do not accept new recruits who are single parents.

Also, recruits who are married and have children will need a waiver to enlist.

The Marines take it even further by requiring married recruits with multiple dependents to join the Marine Reserves rather than be on active duty.

Those who are single parents who chose to give up custody can do so.

However, they must wait an entire year before enlisting in the Marines under the waiver.

Joining the Coast Guard as a Single Parent

While the Coast Guard does not fall under the Department of Defense, it still has rules regarding single parents signing a service commitment.

The Coast Guard will not allow single parents with dependents to sign up for active duty.

However, if there is a proper family plan in place, a waiver may be available for the Coast Guard Reserves.

For many, the military is a  path towards a career and higher education.

However, the military does not allow single parents to join the military because of potential hardships for the service member and their children.

Although, in some cases, a new recruit could have someone else take over custody of their children.

Some military branches frown on this action, and service embers who use this tactic to regain custody after training may find themselves separated from the military because of fraud.

In other cases, there are waivers available. While waivers are hard to receive, it is more likely a waiver is available for the reserves or guard components of the military branches. 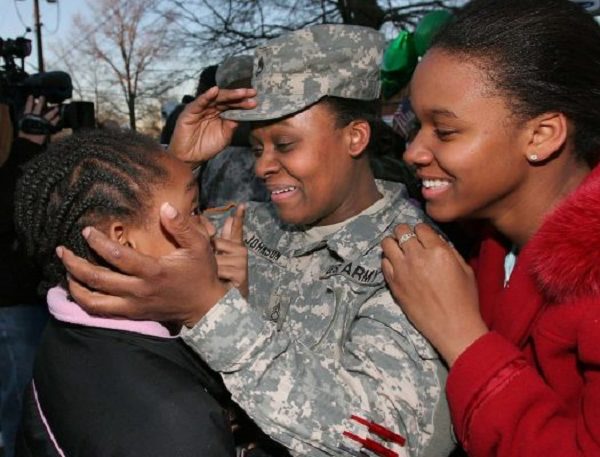 The military has policies regarding whether or not single parents can join. Learn more about the policies behind each branch, and what you can do about it.