Some forms of depression bar you entirely from joining the military, but sometimes depression occurs later in life and has service members wondering about a medical discharge for depression.

Since some types of depression happen later in life, evaluating whether you are still a good fit for the needs of the military is vital.

Also, there are several different types of depression, and all have various ramifications and severity of impacting a person’s life.

Joining the Military with Depression

If you have a history of a depressive disorder that needed outpatient care or counseling for more than 12 months overall, you cannot join the military.

Also, the Department of Defense clarifies by not allowing potential recruits to join if they have symptoms or any treatment within three years of enlisting.

Furthermore, a potential recruit with an inpatient hospital stay for depressive disorder will receive a disqualification for service.

Types of Depression That Qualify for a Medical Discharge for Depression

The Department of Defense has rules regarding a medical discharge for depression.

First, the separation depends on the severity, and not all instances of depression are the same.

Suppose the situation is severe enough to get in the way of a service member’s job and require psychiatric care.

In that case, the government feels it is in the best interest of the service member’s health to separate from the military.

For the most part, the government looks to see if a service member is fit enough for duty.

However, as we mentioned, each branch has its own regulations to determine if the service member can still meet their job’s needs.

In some cases, it is within the military’s best interest and the service member to part ways.

Although it is a challenge to determine exactly what will lead to a medical discharge for depression because in many cases it is up to the commanding officer to make that determination.

Major Depressive Disorder is a mood disorder and leads to a medical discharge for depression.

When someone has this disorder, they suffer from feelings of sadness and a loss of interest that does not go away.

Furthermore, this disorder impacts behavior and often has physical effects.

Depending on the disorder’s severity, a diagnosis of Major Depressive Disorder leads to a disability discharge.

Otherwise, the other option is an administrative discharge under the category of Other Designated Physical and Mental Conditions.

Persistent Depressive Disorder (PDD) was once called dysthymic disorder and will likely lead to a medical discharge for depression.

Also, PDD is often confused with Major Depressive Disorder. However, they are two separate disorders.

A PDD diagnosis comes after two years of continual symptoms.

Just like Major Depressive Disorder, those with PDD may find themselves facing a discharge because depressive disorders get in the way of performing one’s job.

In some cases, a service member will receive a disability discharge depending on the disorder’s severity.

In other cases, a service member will receive a medical retirement or a discharge under the Other Designated Physical and Mental Conditions.

Seasonal Affect Disorders is a type of disorder related to the changing of the seasons.

Usually, those with this disorder have symptoms during the fall and winter when the available light diminishes.

Seasonal Affect Disorder has treatment options, and this disorder will likely not disqualify a service member from fulfilling their military duties.

While SAD is likely not to disqualify someone from service after already being in the military, a medical evaluation is likely if the disorder is treatment-resistant long enough.

Postpartum Depression is different from ‘baby blues.’ After giving birth, the birth parent sometimes experiences a significant level of depression.

The duration of symptoms is typically weeks or even months and is severe enough to disrupt life and get in the way of functioning in your daily responsibilities.

However, postpartum depression remains treatable, and the military is not likely to discharge a service member for a treatable condition.

It is important to remember that even though Postpartum Depression is treatable and not likely to lead to a discharge once already in the service if the symptoms are evident over a long period of time, it may lead to a medical evaluation to determine fitness for service.

Situational Depression is an adjustment disorder, and will not likely lead to a medical discharge for depression.

Unique stressors trigger this disorder and usually revolve around a significant life change.

The result of the disorder is depression and the inability to cope to the change.

While this disorder gets in the way of everyday life, this type of depression is not long-term.

The military branches work to support service members during situational depression, so it is unlikely to lead to a discharge.

However, if symptoms persist for more than a year, an evaluation is likely.

Atypical Depression is often confused with Major Depressive Disorder, but they have differences.

Furthermore, Atypical Depression is a subtype of Major Depression and shares many of the same psychiatric symptoms.

While it is difficult to say for sure, Atypical Depression is possibly disqualifying especially since it shares some common symptoms as Major Depression.

If you seek a discharge under the Other Designated Physical and Mental Conditions Discharge, know this type of discharge is command-based.

Therefore, there is not a checklist or application to fill out to guide you.

However, the first step is to convince your commander that your discharge best suits you and the military’s interests.

First, you must have evidence of your condition from a psychiatrist.

Furthermore, anything you say to a military psychiatrist is not confidential.

Also, you should have documentation that proves how your condition impacts other parts of your life.

Your religious leaders, family members, or other community members can help with statements.

Speak openly without minimizing the impact of your condition with your commanding officer or immediate supervisors.

From there, your commanding officer has discretion regarding supporting your request for a discharge.

However, in some cases, the condition or disorder warrants a disability discharge.

In the case of a potential disability discharge, a medical officer must recommend an evaluation to determine the degree of disability.

There will likely be numerous trips to the doctor with several different types of documentation.

Then, the paperwork goes in front of a Medical Evaluation Board to determine the next steps or if a disability discharge will happen.

There are many different types of depression, and some service members wonder about a medical discharge for depression.

Some depression and treatments for depression bar you from joining the military in the first place.

However, sometimes depression occurs later in life and while some types of depression are treatable others get in the way of your life and job.

In some cases, depression is debilitating enough to lead to a military discharge.

However, while many types of depression are typically treatable, this is not the case for everyone.

Therefore, even treatable depression could lead to a medical discharge for depression if the symptoms continue for a long period of time. 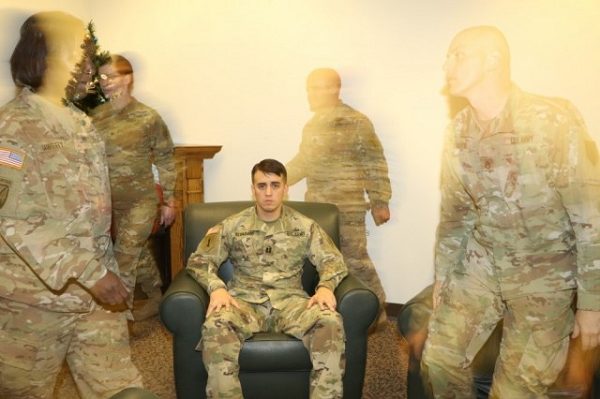 Learn more about how to get discharged from the military with depression. We discuss 6 different types of depression, and whether or not they are qualified for military discharge.