Online dating is a normal part of meeting other people, and it has been for years.

In many cases, these online romances develop into long-lasting relationships.

However, some people go into online relationships with ill intentions, and it is essential to be vigilant when dealing with someone you do not personally know when online.

However, if you are dating a service member online, you must be vigilant because your romance might be a military dating scam.

What are Military Dating Scams?

Currently, there is an online scam happening where someone pretends to be a U.S Soldier.

In many of these cases, the person making these claims say they are currently serving in Syria, Afghanistan, Iraq, or various other places overseas.

In some cases, the deception begins within a reputable dating website.

However, some victims first hear from the scammer through social media.

After a time spent talking and getting to know one another, the so-called soldier may ask for money for various and sometimes plausible reasons.

However, military dating scams are just that – scams. The person impersonating a soldier is catfishing their victim.

Catfishing is a term referring to the act of using a false online identity to lure someone into a relationship.

In the case of military dating scams, the scammers coerce their victims into sending money or financial information.

Also, perpetrators ask for personal and sensitive photos or videos. Once they have these pictures, the victim receives public exposure threats if they do not pay the scammer.

If you have concerns about an online relationship and wonder if you are a part of a military dating scam, there are some red flags.

In military dating scams, relationships tend to progress quickly because they try to push the relationship forward as fast as possible to build trust and create a romantic entanglement.

If you have not spent a lot of time getting to know one another over a long period of time, you might be a victim of this scam.

If you communicate with one another on social media, it is easier to tell if the account is legitimate.

If a person has one social media platform, they likely have more.

Also, the more consistent they are across all those platforms, the more likely they are legitimate.

If they have few friends and their friends do not seem to interact with their posts, that is cause for some concern.

If you have a direct number, but they never seem to pick up the phone, it is worth questioning their identity.

Also, pay attention to the number on the caller ID.

However, know that there are services that allow scammers to get a phone number with a verifiable area code, so it looks local.

Lastly, while on the phone with a scammer, you may notice poor grammar and pronunciation of words.

This is especially concerning if they claim to be from an English-speaking country.

The person catfishing often steals pictures from other online sources to present as themselves.

Therefore, you may notice they tend not to communicate by video calls or meet in person.

Usually, communication happens online, written via electronic means, or by a phone call to avoid showing their real face.

When scammers communicate, they often do so by a generic or untraceable email address.

Look closely at emails that seem legitimate and are asking for money.

Anything other than a .mil is not official.

In the case of military dating scams, the catfish can carry on with elaborate stories.

These stories’ design is to get you to open emotionally and make a connection and build trust, so it is harder to say no when they ask you for something, typically money, financial information, or personal photos.

Know the Facts and Common Lies

Soldiers do not need to pay money to go on leave because leave works like civilian earned vacation time.

A commanding officer will not call a soldier’s girlfriend or boyfriend about obtaining money for a soldier for any reason.

Soldiers on deployment do not need to use their own money for food or housing.

The military pays for the airfare for a soldier to return home after an assignment. Therefore, they do not need extra funds to cover travel costs.

There are not communication fees to pay to talk to loved ones.

Service members have medical coverage. If you receive a request to help pay for a doctor or other medical bills, this is a red flag.

Soldiers do not need to pay to retire from the military.

Servicemembers can receive mail overseas. Military members have an APO or FPO address.

The military will never prevent a service member from having access to their personal bank account or credit.

Related Article – How to Make a Long-Distance Military Relationship Work

Protect Yourself from Military Dating Scams

If you are suspicious, you can begin by asking a lot of probing questions.

If you press the person you suspect of impersonating a soldier in military dating scams, they may cease communication and move on to someone more willing to overlook red flags.

Also, search their name on all social media platforms to look for inconsistencies. Most people on social media post about their daily life. Those involved with military dating scams typically have only professional photos and minimal content.

If you have pictures, it is vital to verify the source of those photos.

Google offers a reverse-image search, and you can easily see if they grabbed the pictures from someone else’s profile.

I Was a Victim in a Military Dating Scam – What Do I Do Now?

Many victims do not report military dating scams because they are embarrassed.

Often, victims are known to be reasonable people who are unlikely to fall for a scam.

However, it happens often because scammers are deceptive and can manipulate others.

If you realize you are a victim of a military dating scam, you must report the fraud.

You likely will not receive your money back if you sent any, but reporting the crime helps organizations stop this type of crime.

The FBI has an Internet Crime Complaint Center, and you can contact the Federal Trade Commission, as well.

Scammers in military dating scams are deceptive enough to fool others.

The scammers usually steal pictures of other people and communicate with their victims online instead of in person.

After working to build a romantic bond as quickly as possible, the scammer will ask for money or financial information by telling lies about the reason for the funds or information.

Victims may notice red flags, and if you are suspicious, there are a few precautions.

By asking questions and researching their social media presence, you can usually weed out those who are scammers.

If you find you are a victim of a military dating scam, you should report the crime.

You are unlikely to have your money returned, but the more information the investigators have, the better equipped they are to prevent these crimes in the future. 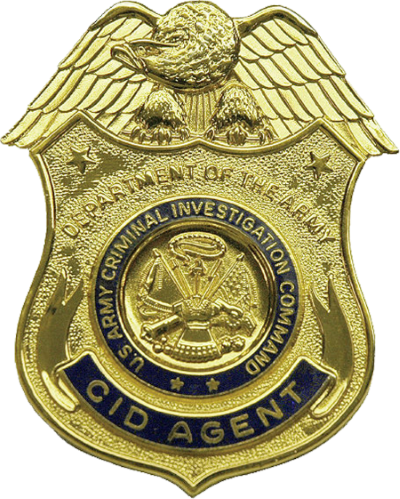 Find out what to look out for in a military dating or romance scam, including how to identify a fake soldier on a dating website, and what to do if you're a victim of a dating scam.