Palmetto State Armory is a South Carolina retailer that specializes in firearms and everything outdoors.

Many of their locations have shooting ranges as well.

Their stores offer military discounts to give back to those who serve.

Palmetto State Armory was founded in 2008, by a man named Jamin McCallum. McCallum is a veteran, and he had just returned from deployment when he came up with the idea for the store.

He noticed a lack of customer-friendly stores for gun lovers, so he took the passion and determination he learned in his service and created Palmetto State Armory.

The store was well loved from the start, and now has 5 stores with gun ranges, and one stand-alone gun range spread across the state of South Carolina.

Today, Palmetto State Armory sells a wide variety of products for shooting and all things outdoors.

They have tactical gear, firearms, ammo, sights and scopes, accessories, and more.

Some of the top brands they carry include Blackhawk, Smith & Wesson, Ruger, Glock, Kimber, and Remington.

What Is The Official Palmetto State Armory Military Discount?

Palmetto State Armory does not have a corporate-level military discount.

Oftentimes, when it comes to military discounts, this is unfortunate.

However, it didn’t slow this chain down at all.

Palmetto State Armory’s military discounts are set at the store level, which means their details may vary.

But luckily, every single store offers a great deal.

The only real let down that comes from the discount being set at store-level is that it cannot be used online.

*Click Here to see a few ways to save with online orders.

You’ll have to shop in-store to receive your savings.

Most of the details are similar between the five store locations, though there are some difference.

We will look into the details below.

All stores offer 5% off some products, and 10% off everything else.

Here are the 5% products, listed by location:

These locations offer 5% off guns and ammo.

The 5% deal here is on firearms, ammo, and safes.

This store offers 5% off guns, ammo, sights, optics, and any product that has a price point over $800.

Any full-prices products that are not listed above are 10% off for military members, at all five stores.

How To Use This Deal:

To use this deal, simply tell your cashier that you are a military member or veteran, and show some sort of proof.

All of the Palmetto State Armory military discounts are  able to be claimed by the same groups of people, so the following details are accurate for any location you may visit:

This deal can be used by all current military members,

This includes members of the Air Force, Army, Navy, Marines, and Coast Guard. The detail can be used by those who serve in Active Duty, Reserve, and National Guard roles.

The deal is also available to veterans, however, it cannot be used by military family members at this time.

The biggest restriction of this deal is that is available in-store only.

If you make a purchase on Palmetto State Armory’s website, you will end up paying full price.

The reasoning for this goes back to the fact that their deals are set by the stores, not by corporate.

You will also want to keep in mind that there may be differences between the deals available at each store, even though they seem extremely similar.

For example, the stores have different limitations on what is 5% off and what is 10% off, as we mentioned earlier.

The military discount also cannot be “stacked” with other savings.

This means that you cannot use the 5% or 10% deal with any coupons or special pricing that the store may have.

2 Other Ways To Save At Palmetto State Armory (Online)

If you want to buy something from Palmetto State Armory, but don’t feel like making the trip to the store, there are a few other ways to save on online purchases.

Here’s a couple ways to do it:

The first way to save is by visiting their Daily Deals section here.

On it, you’ll find a wide array of pistols, shotguns, rifles, scopes, and other assorted equipment at steep discounts.

The obvious downside is that they might not have the exact item you’re looking to purchase, so you may have to check back regularly.

Since they change it up daily, there’s a good chance you can find some significant savings if you’re patient enough.

Another way to save with your Palmetto State Armory online orders is via their ‘Clearance’ page.

Here you will find a TON of products available, including:

The items on this page are often 10% – 20% less than what you would normally find, and in some cases it’s way more.

Overall, even though Palmetto State’s military discount is not set at the corporate level, the stores do a great job at giving back to those who serve.

If you’ll be shopping at one of these locations in the near future, be sure to take advantage of this deal. 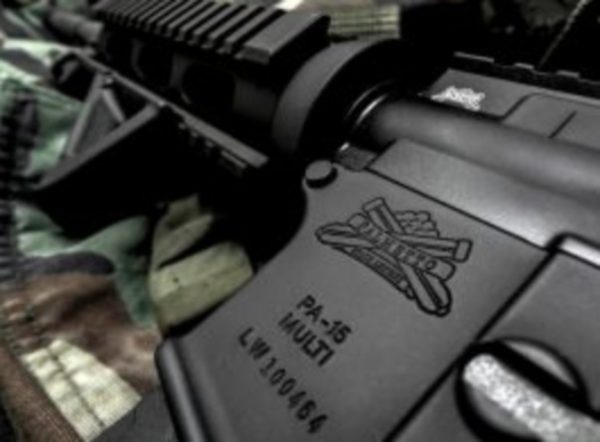 Palmetto State Armory offers a military discount, but it's limited to the store level. You need to contact the store nearest you to find out if they will honor the discount.