South Carolina has military bases that represent all five branches of the US military, but only three of those are used by the Army.

There is one base solely dedicated to serving the Army in South Carolina, and there are two joint bases that Army units use for training and command purposes.

Below, you can find a brief description of each of the Army bases in South Carolina. If you’d like to learn more about a specific base, click on the “Official Website” link to be redirected to their base-specific site.

Overall Mission: Fort Jackson is used for basic combat training, and aims to provide both basic readiness levels for its units and opportunities for its families.

Shaw Joint Base (US Army Central)

Overall Mission: The Army Units at this base train, equip, supply, and service all US troops who are located in Central Asia and the Middle East.

Overall Mission: This base provides command and control to all South Carolina Army National Guard units, as well as serving as a training facility. 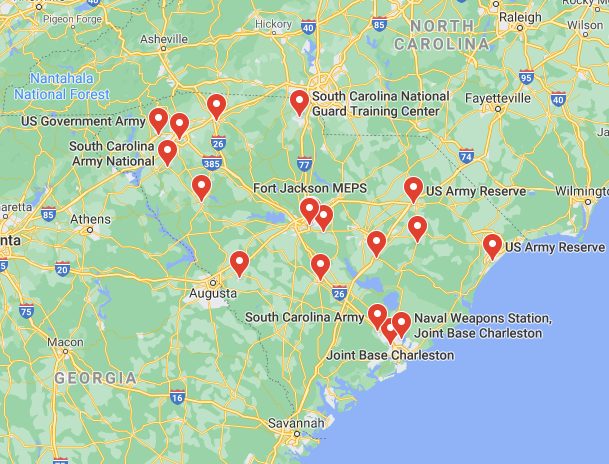 South Carolina is home to 3 major US Army bases. Learn more about each base in SC, including its location, units stationed there, its primary mission, and more.