All branches of the United States Military have an aviation program.

Army pilots assist with both offensive and defensive operations.

They perform air assault in addition to transporting both cargo and personnel.

The majority of aircraft in the Army are helicopters, but there are a limited number of fixed-wing and unmanned aircraft pilots as well.

In this article, we will discuss the requirements to enter into the Army as a pilot, the two officer path options, flight school, and what happens after training.

Age: To enter into the Army you must be at least 18 years old. Future pilots have to enlist prior to passing their 33rd birthday.

Height: Future pilots cannot be shorter than 64 inches and cannot be taller than 76 inches.

Weight: Weight requirements are the same as general Army requirements where individuals must meet Body Fat standards and be appropriate weight per their height. (Find them here).

Individuals must have full color vision and depth perception.

Citizenship: Pilots must be US Citizens prior to enlisting.

Education: Army Helicopter Pilots must have a high school diploma.

A GED may be allowed with college credit, but only a select number of applicants will be approved with a GED.

The Army offers a program that allows individuals to take the path to flight school after completing high school without a four-year degree. Details here.

ASVAB: A minimum score of 110 is required on the General Technical (GT) portion of the ASVAB test. This score cannot be waived.

SIFT: A score of 40 or higher on the Selection Instrument for Flight Training (SIFT), is required. This score cannot be waived.

A Class 1A Flight Physical Examination must be completed and less than 18 months old.

Class 1A Flight Physical Examinations are performed and then submitted to the US Army Aero-Medical Center (USAAMC) at Fort Rucker, AL for approval.

Pilots will provide an extensive medical history and all supporting documentation during the physical.

Some prior medical history, such as serious medical injuries or conditions will be disqualifying, while some minor medical issues, such as previous LASEK surgery can sometimes be approved with a waiver.

The results will not be readily available and can sometimes take a few months prior to receiving.

The packet will be submitted to the Board for review and admission entrance.

Not all applicants are admitted, so testing well and submitting a complete packet will help increase chances.

What happens when you are selected for training?

The first step to becoming an Army helicopter pilot is to become either an Officer or a Warrant Officer.

Most Army pilots are Warrant Officers.

While Warrant Officers are leaders, their job is to become a technical expert in their field, in this case, aviation, its systems, and the missions performed.

Warrant Officers are not required to have a four-year degree prior to entering into the program.

Future pilots in the Warrant Officer path will attend Basic Combat Training at one of the Army’s four Basic Training locations.

Training is broken into three phases:

Warrant Officer Candidate School teaches individuals how to be leaders.

School lasts 5-7 weeks and is not for the faint of heart.

It enhances capabilities both physically and mentally.

You will be required to take the Army Physical Fitness Test within the first week at Warrant Officer Candidate School.

Most days have roughly 18 hours of training and physical training can include marches up to 10 kilometers.

Students learn to be confident in their decision making and their abilities to lead troops.

They learn leadership skills and the history of warrant officers.

Warrant Officers are highly technically trained in their area of specialty.

After completion, Officers are ranked as WO-1.

Those wishing to enter into flight training as a commissioned officer must first complete commissioning.

Commissioned Officers are required to have a four-year degree.

To become commissioned, you have to attend Officer Candidate School, ROTC, or another commissioning path such as military academy.

It is 12 weeks long and teaches individuals basic leadership and tactical skills.

At the end of OCS, you will become a Commissioned Officer.

At this point, the training for both Warrant Officers and Commissioned Officers is the same.

Training is broken into four phases that total 32 weeks with 179 hours of flight instruction.

This stage does not have any fly time as students learn aerodynamics, weather, start-up procedures, and basic control techniques.

Students will complete 60 hours of flight time in the training helicopter, TH-67 Creek.

This phase lasts eight weeks and focuses on instrument training.

When this phase is completed students will receive a helicopter instrument rating at graduation.

During this phase of training, future pilots will work on combat skills.

Training is completed in the OH-58 A/C.

What happens after training is complete?

After training is complete students are considered pilots and earn their wings.

They can then attend Advanced Graduate Flight Training.

Training usually lasts anywhere from 14-23 weeks and allows individuals to be prepared in the aircraft that they will utilize in the event of deployment.

After all training is complete individuals will be stationed at bases around the world, based on the type of aircraft they have become skilled in, and the needs of the Army.

How old do you have to be to become an Army helicopter pilot?

To become an Army helicopter pilot, you’ll need to be at least 18 when you enlist and no older than 33.

What ASVAB scores do you need to become an Army helicopter pilot?

You’ll need to score at least 110 on the General Technical portion of the Armed Forces Vocational Aptitude Battery.

Does becoming an Army helicopter pilot make you an officer?

How long is training to become an Army helicopter pilot?

Without a degree, you’ll need 10 weeks of Basic and 5 to 7 weeks of Warrant Officer School. With a degree, Officer Candidate Training is 12 weeks long. Flight School is 32, weeks and specialty training 14 to 23 weeks.

How much do Army helicopter pilots make?

Like all Army positions, helicopter pilots are paid according to rank and time in service. Pilots do receive extra flight pay monthly and retention bonuses may occasionally be available depending on demand.

There are two paths to becoming an Army helicopter pilot, and both result in being an Officer.

After meeting the stringent background, medical and prerequisite requirements, future pilots will complete their requirements to become an officer prior to attending flight school.

The total training time to become an Army helicopter pilot can be over two years, depending on the path that you take.

Once all Army helicopter pilot requirements are met and training is complete, soldiers are given their prestigious wings.

Related Article – How To Join The US Marine Corps 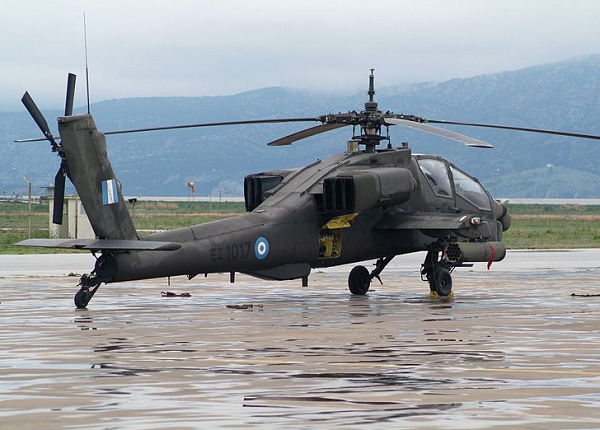 Becoming a Pilot in the Army

Learn more about how to become a helicopter pilot in the Army, including the requirements, training, flight school, and more.