What are the best war movies currently streaming on Hulu?

Hulu offers a few classics (“The Patriot”, “Stripes”) along with brand new features for 2022, including “Where Is Private Dulaney?”

The guide is intended to outline the best war movies currently available on the streaming service.

Please note that available content is subject to change though we’ll do our best to keep the Hulu streaming guide updated.

“The Patriot” is an underrated classic.

It’s hard to imagine that it’s been over 2 decades since the war epic first premiered in theaters, starring Mel Gibson and the late-Heath Ledger.

Roland Emmerich was a noteworthy film director in the 90s and also produced “Independence Day” and “The Day After Tomorrow”.

While there are plenty of options for war movies related to World War I and WWII – the same is not always the case with the Revolutionary War.

Thus, we would argue “The Patriot” is one of the best war movies to come out of Hollywood from that time period.

Historical war dramas are always a little flawed but overall “The Patriot” withstands the test of time.

“War Dogs” is one of those stories that seems almost too extraordinary to be true.

However, the story is indeed based on the journey of 2 ambitious, courageous young men.

“War Dogs” tells the story of Efraim (Jonah Hill) and David (Miles Teller) – amateur arms dealers that wind up receiving a $300,000,000 defense contract from the Pentagon.

The opportunity takes them behind enemy lines as they attempt to deliver supplies to soldiers stationed in Afghanistan.

As a result, “War Dogs” is almost as amusing as it’s enthralling.

#3. Where Is Private Dulaney?

It’s an interesting addition to Hulu and its lineup of war movies.

The story is based on a mother’s mission to find her son that was declared “AWOL” by the Marine Corps.

It opens in 1979, with the death of Dulaney, who was stationed at Camp Lejeune in North Carolina.

Although initially ruled an accidental death, it becomes evident that foul play was involved in a murder.

“Where is Private Dulaney?” debuts in November 2022 with the story told over 3 episodes.

Learn about a wicked world of drugs, cults, and a potential serial killer in this new docu-series.

Hey, not all the best war movies on Hulu have to be serious.

“Stripes” is a classic even if the military is the punchline of most jokes.

The 1981 action / comedy was a huge platform for a young Harold Ramis and Bill Murray.

Furthermore, it cemented Ivan Reitman (“Ghostbusters”) as the top director for most of the best comedies to arrive in the 80s and 90s.

“Stripes” is the ultimate example of how the military can give you a purpose and direction, even if you don’t think serving the country is for you.

“Legends of the Fall” is another underrated classic.

The film is based on a novella of the same name yet transforms more into a war epic.

The setting presents what life was like on the American plains during the early-20th century.

“Legends of the Fall” stars a young Brad Pitt along with Anthony Hopkins.

The film is unique in that audiences can attribute to several genres from drama and romance to war/western and adventure.

Moreover, it’s one of the few stories that presents how one war-torn generation (War on “Indian Country”) resonates with the turmoil and sorrow of another (WWI).

You’ll need to reserve more than a couple of hours to complete in one sitting, but “Legends of the Fall” is well worth it.

“This Means War” is another opportunity to transfer away from the seriousness of combat and instead have fun with it.

“This Means War” features some Hollywood heavyweights including Will Smith and Reese Witherspoon.

Additionally, Chris Pine makes an appearance prior to his own breakthrough in the “Wonder Woman” franchise.

“This Means War” revolves around 2 CIA agents that are also best friends and soon discover they are seeing the same woman.

If you are looking for a break from the blood and guts for a night, why not give this silly Rom-Com a try?

“Red Tails” was released in 2012, approximately around the time Hollywood was releasing a plethora of other war movies.

Consequently, “Red Tails” got lost a little in the conversation as an undervalued war movie.

For starters, the war epic features Bryan Cranston (“Breaking Bad”) and Cuba Gooding Jr. – which is hard to argue with that talent.

Despite enduring racism, the 332d Fighter Group was instrumental to operations in 1944, assisting allied forces.

Ever discover a movie that you had no idea one of your favorite Hollywood stars was in?

Matt Damon has been in a ton of movies, including his fair share of war movies.

However, most fans overlook this 2010 feature-length film that also stars Greg Kinnear and Brendan Gleeson.

“Green Zone” is directed by Paul Greengrass who has plenty of familiarity with Damon considering he also produced the “Jason Bourne” franchise.

The movie revolves around a military officer searching for “Weapons of Mass Destruction” in Iraq.

The assignment was integral to U.S. government operations since the Bush administration determined it was one of its motivations for invading Iraq.

Now, with the War on Terror in Iraq and Afghanistan officially behind us, audiences are left to reminisce about this conflicting time period.

Greengrass does a terrific job of outlining the many factors that contributed to an unpopular war.

“Code Name Banshee” is another new release from Hulu.

The 2022 movie features Antonio Banderas as the lead character.

Caleb (Banderas), a former government assassin, resurfaces after his protégé discovers a bounty is over his head.

Banshee (Jaime King) is equally deadly and will do whatever it takes to save his mentor from an unfortunate death.

“Code Name Banshee” combines the thrills of CIA secret spies with the flash and entertainment of Hollywood.

Are you looking to dive deep into the Hulu archives for war movies?

“Hell Hath No Fury” is likely a movie no one has heard of if you like to brag about consuming obscure titles.

It revolves around a branded French traitor, who is rescued by a group of American soldiers and knows the whereabouts of a gold cache.

The Americans better get to the gold before the Nazis meet them in a standoff.

Hence, “Hell Hath No Fury” may sound a little ridiculous, but what other war movie combines fighting Nazis with the French resistance?

The top war movies currently streaming on Hulu are available for your enjoyment.

Unfortunately, the streaming service does change out its lineup so some of these shows are likely to disappear in the future.

As a result, don’t waste the opportunity to sit back, relax, and appreciate the military over the winter.

There are many ways to celebrate the military, including getting lost in a war epic. 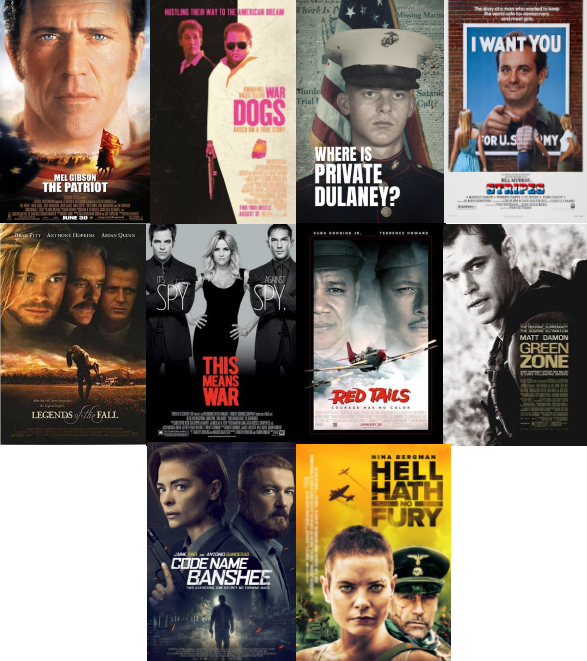 The best war movies on Hulu include classics and war epics along with new content for 2022. See the latest movies and episodes.