Dave and Buster’s is a restaurant and arcade combination with locations across the United States.

Starting on 9/20/2021, Dave & Busters will offer a 15% military discount on food and non-alcoholic beverages at all locations with a valid military ID.

Read on to learn more.

About Dave and Buster’s

Dave and Buster’s was started in the 1970’s when Dave, an arcade owner, and Buster, a restaurant owner, noticed that they shared many of the same customers on a daily basis.

They got together and decided to combine their two businesses into a new type of entertainment stop that contained a full restaurant as well as a fun arcade.

The idea took off, and Dave and Buster’s soon had locations across the entire United States.

Today, they have over 140+ locations nationwide.

Today, Dave and Buster’s offers an elaborate menu, including everything from deep fried appetizers to salmon and steak dinners.

They have creative drinks, as well as giant flat-screen TV’s that always air local sports, so you can cheer on your favorite team in an excited atmosphere.

Their arcade is filled with games and prizes, and has a goal of drawing in adults for outrageous fun.

However, the games are equally as enticing for the little ones in you family, as well.

What Is The Official Dave and Buster’s Military Discount?

When we originally wrote this article back in December of 2019, Dave & Busters did not offer a corporate-wide military discount at all of their locations.

With that said, a representative from the company reached out to us recently with some good news.

Starting on September 20, 2021, Dave and Busters will offer a flat 15% discount across all of their locations.

How To Use This Deal

As shown above, every location we reached out to stated that you simply need to provide proof of service to claim their deal.

Common ways to prove your military status include a military ID card, veteran card, or your DD-214.

Some stores may even accept a picture of yourself in uniform.

You will want to ask your local restaurant if they require any specific forms when using their military discount.

The Dave and Buster’s military discount is typically available to all current military members.

This includes those who serve in the Air Force, Army, Navy, Marines, and Coast Guard.

It includes those who serve in Active Duty, Reserve, and National Guard roles as well.

The deal also usually extends to all past military members, including veterans and retired service members.

The Dave and Buster’s military discount also cannot be combined with any other deal.

For example, most Dave and Buster’s locations have a deal where you can get a specific meal, as well as 20 game tokens, for $20.

This deal, along with any other promotions or coupons, cannot be used with the military discount.

However, if you order extra drinks and appetizers, a meal outside the deal, or extra tokens, the military discount will save you money on your purchase.

It is also important to keep in mind that though most locations do offer a military discount, some may not.

This means that it is possible that when you call your local Dave and Buster’s, they may state they they do not offer any type of military deal.

Overall, the Dave and Buster’s military discount is a great way to save on non-promotional purchases at the restaurant and arcade.

Effective on September 20th of 2021, this flat 15% discount will be offered across all Dave & Busters locations.

If you’ll be eating and playing at Dave and Buster’s in the near future, make sure to ask about their military discount. 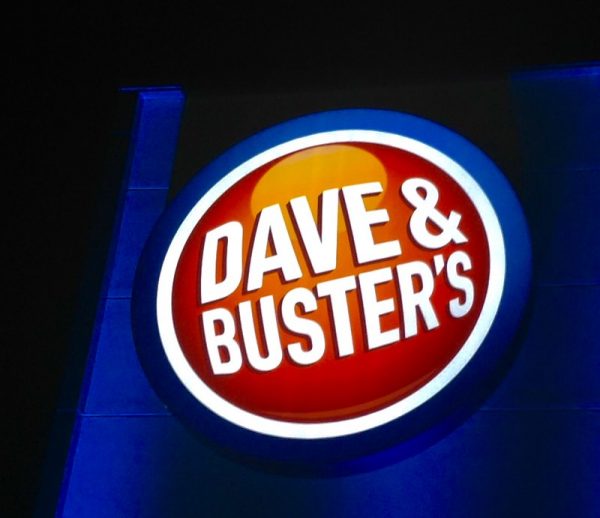 Dave and Busters offers a military discount, but not at every location. You'll need to contact the location nearest you to find out if they are on board with the discount.