The U.S. Armed Forces is the most powerful, feared, and respected in the world.

Thus, it is not surprising that the military system has a Ready Reserve in place in the case the military needs more service personnel.

The Military Individual Ready Reserve (IRR) is established to provide military personnel on a “as needed” basis.

As a result, the Military Individual Ready Reserve consists of former active duty and reserves that can step up in the event of a crisis.

Learn more about the Military Individual Ready Reserve (IRR), including how to apply for the program based on branch.

What is Individual Ready Reserve (IRR)?

The best way to think of the Military Individual Ready Reserve (IRR) is like an “on-call” service.

In other words, the Individual Ready Reserve exists to provide more military personnel in the event of a crisis.

The Military IRR is a Reserve Component of the U.S. Armed Forces.

It consists of former active duty or reserve military personnel that still wish to serve when needed.

The Military Individual Ready Reserve has a noteworthy amount of members composed of enlisted personnel and officers.

It represents hundreds of Military Occupational Specialties (MOS), including combat and non-combat roles.

Those that wish to serve in IRR do so on a volunteer basis as there is typically no pay associated with membership.

Nonetheless, since these members have a background in the military they are generally already in excellent shape and well trained.

All in all, the U.S. Armed Forces features three separate Ready Reserve programs:

Standby Reserve, includes active and inactive service members, but do not retain much of their military status like members of IRR.

While there is no pay, Military Individual Ready Reserve members do receive benefits.

Related Article – Military Reserves: Details On All 5 Branches Of The Reserves

Thus, Army IRR is arguably the most noteworthy of all the Individual Ready Reserve divisions.

Army Individual Ready Reserve (IRR) are trained soldiers that are called upon, if needed, to replace active-duty personnel or Reserve units.

Military Individual Ready Reserve only consists of trained individuals with prior experience in active-duty or Selected Reserve.

As a result, many personnel are soldiers that recently left active-duty yet still have a Reserve commitment.

Meanwhile, other members have decided to remain active in Army Reserve yet not as a unit member or IMA.

Notwithstanding, soldiers that have completed their MSO may elect to remain in Individual Ready Reserve, if eligible.

There are many incentives to joining Army IRR including improved military benefits.

Soldiers in IRR may get involuntarily mobilized in time of national crisis such as support that was needed during the Global War on Terror following September 11.

Army IRR Soldiers are required to attend muster duty when directed as well as promptly respond to all military correspondence.

There is a yearly readiness screening that personnel must complete.

Military personnel generally spend 6 – 8 years of their Military Service Obligation (MSO) either on active-duty or in a troop program unit (TPU).

Then, during the end of their MSO (usually 2 years or less), in Individual Ready Reserve prior to honorable discharge.

The transfer from Selective Reserve to Individual Ready Reserve happens automatically for reserve component soldiers that complete the active duty portion of their enlistment.

Meanwhile, officers generally must resign from their post and request transfer to Army IRR.

The only exception is when an officer has been passed over for a promotion twice, in which case the officer is involuntarily reassigned.

The United States Navy organizes its Individual Ready Reserve in a comparable manner to the Army.

In general, the Navy assigns active duty personnel to Individual Ready Reserve during the final years or month of service.

As a result, most members of Navy IRR are completing the final stint of their Mandatory Service Obligation (MSO).

The traditional MSO agreement is for 8 years which is why some sailors spend the last 1 – 2 years in Individual Ready Reserve.

During this portion of the service obligation, Navy IRR are required to retain possession of their service uniforms and military identification.

It is important that you notify the military branch of any change in address or contact information.

Navy Individual Ready Reserve (IRR) are usually screened for medical purposes in order to qualify or disqualify for activation upon being called up for service.

Consequently, the screening process allows IRR members to request delay or deferment from the activation.

Those that wish exemptions have the opportunity to present their case to the mobilization authority in the U.S. Navy.

Navy IRR service ends after the completion of your mandatory service obligation.

However, you may elect to remain as part of the recall list up to age 60 so long as you completed more than 20 years of active duty service and are physically capable.

You should contact Navy human resources for more specific details about its Individual Ready Reserve.

Related Article – Navy Reserve Benefits: 5 Benefits You Might Not Be Aware Of

Moreover, as is the case with other service branches, military personnel have the option of remaining “on-call” in the event of chaos.

In general, most service members in the U.S. Air Force complete 8-year requirements like other branches.

The assignment occurs after a recent separation from active-duty or a participating USAF Reserve program.

Some elect to leave active-duty service prematurely (before the 8 years of service) or switch to a Reserve Component.

These options are allowed in the U.S. Air Force so long as you complete the remainder of your time in Individual Ready Reserve.

However, this time commitment is not mandatory as members always have the ability to opt out by resigning from a commission.

Air Force Individual Ready Reserve (IRR) exists for the same reasons as the other Reserve components.

It is a backup plan for the U.S. Armed Forces in which members are a mobilization asset.

Thus, you are subject to recall to active-duty in the event of a national emergency.

USAF Individual Ready Reserve personnel are required to report to a designated gaining location on the date and time specific to recall orders.

The orders will include additional information that pertains to uniform and other service requirements.

It is the obligation of every Air Force IRR member to maintain up-to-date contact information.

Failure to report a change in status to headquarters is a violation of law, so make sure personal information is accurate.

Related Article – Military Age Limits: Do You Meet The Cut Off?

It is known as the Marine Corps Individual Reserve Support Activity.

Marine Corps IRR provide support to headquarters as involuntary recall support during a time of crisis.

The USMC screens candidates for Individual Ready Reserve (IRR) to augment and reinforce the active-duty component.

Additionally, the U.S. Marine Corps outlines secondary responsibilities of IRR that include:

There is limited family readiness support for recalled IRR Marines.

We recommend reaching out to the Marine Corps Individual Reserve Support Activity (MCIRSA) for more information or questions.

It also includes Standby Reserves that have slightly different responsibilities from IRR.

While assigned to Coast Guard Individual Ready Reserve, members have specific requirements they must adhere to remain in the program.

The Coast Guard IRR and Standby Reserve Member Guide is an excellent resource.

It outlines all your responsibilities while serving the country in USCG IRR.

The Coast Guard stipulates that most of the mandatory tasks of Individual Ready Reserve can be completed electronically.

It is usually the last stopping point before you complete your Mandatory Service Obligation (MSO).

However, military personnel may elect to remain on IRR as recall in the event of a national emergency.

It is a fantastic way to serve the country in a limited yet “on-call” basis.

Navy Reserve Pay: How Much Can You Earn Each Month? 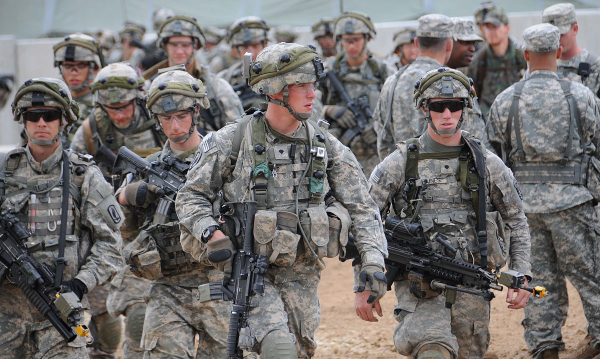 Learn more about the Individual Ready Reserve (IRR) for the Army, Navy, Air Force, Marine Corps, and Coast Guard, including details on how to sign up.