The Navy has both administrative and operational chains of command.

Typically, a new recruit concerns themselves with their operational chain of command but must memorize the top positions.

However, those in the Navy who are no longer recruits have a chain of command based on their job and assigned command.

The President of the United States (POTUS) is the Commander-in-Chief and is the top of the chain of command for all branches of the military.

The Secretary of Defense answers to the President of the United States.

Also, the Secretary of Defense handles the military’s operation and administration.

Currently, the Secretary of Defense is Christopher Miller, although it may change with a new President.

Secretary of the Navy

The Secretary of the Navy is the highest rank in the US Navy’s chain of command.

As the chief executive officer, he or she reports directly to the President of the U.S. and the Secretary of Defense.

Among other responsibilities, the Secretary of the Navy looks after the construction and repair of US Navy ships.

Also, the secretary handles the implementation of procedures in line with the security policies set forth by the POTUS.

As of December 2020, the current Secretary of the Navy is Kenneth Braithwaite.

This position involves a senior military officer who advises the President and the Secretary of the Navy.

Furthermore, within the Office of the Chief of Naval Operations is several other high ranking officers who oversee the Navy. These include:

The Department of Defense has different combat commands, each with its mission and command.

Commanders of these commands issue orders to subordinates and subordinate components.

The Navy has nine component commands, and the commanders handle the operations for each.

From an organizational standpoint, commanders for the component command report to their assigned combatant commander.

The component commands discussed above all has their own commander.

Also, the commanders for the component commands oversee numbered fleets.

There are two Fleet Commanders-in-Chief who look after subordinate commanders.

Therefore, the numbered fleets have commanders that are typically Vice Admirals.

At the moment, there are seven numbered fleets:

Navy fleets are vast, but when you look at who tasks ships and submarines, you find the groupings are too small to accomplish missions.

Therefore, the fleets are divided into task forces, groups, units, and elements.

Task elements are the smallest, with the most focus on missions.

In all cases, the assignments are based on warfare specialty.

Because the Navy has both operational and administrative sides, those who command fleets and task forces are free to focus on their combat-related missions.

A task element is the smallest part of a unit.

A task unit is made up of task elements with a shared task or goal.

For instance, A strike Task Unit is comprised of two elements that fall under the command of a Carrier Strike Group.

A Navy task group is typically a carrier strike group or an amphibious ready group within one of the fleets.

Also, the task group is comprised of units and elements with a shared mission.

Task forces are the broadest category, and the task forces answer to the fleet commander.

What Should a New Recruit Know About Navy Chain of Command?

A Navy recruit will memorize those at the top of the chain of command.

However, there is a chain of command relevant to a recruit while a part of the Recruit Training Command. 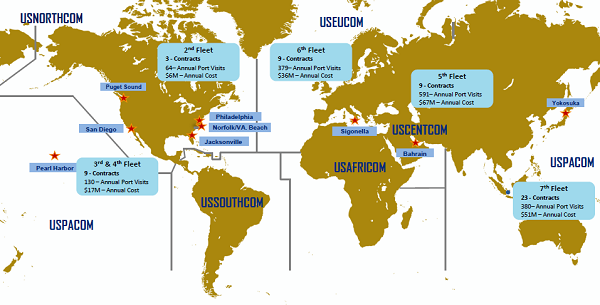 See how the US Navy Chain of Command is organized, as well as learn more about each link in the chain and their responsibilities.