Reservists are called upon during times of national emergency, a need for humanitarian relief, or to support major combat operations.

Like other branches of the US Military, the par for reservists is based on 4 drills (i.e. a drill weekend), as well as rank and time in service.

See the USMC pay charts for both enlisted and officers below.

As you can see, the pay for reserve forces in the US military isn’t very high. With that said, the time commitment required is also not very long.

You’re certainly not going to get rich being a reservist in the Marine Corps, but you’ll definitely gain a sense of purpose.

On top of that, you’ll be serving our country, and that alone doesn’t have a price tag.

Check out our links below to see the pay for reserves in other branches, as well as info on the military reserves in general.

Military Reserves: Details On All 5 Branches Of The Reserves 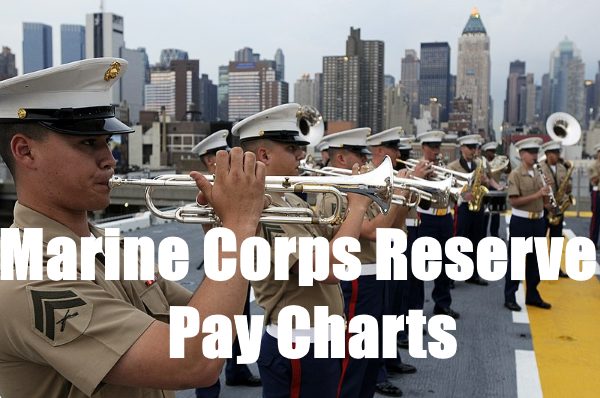 Learn more about the pay for Marine Corps reservists, with helpful charts demonstrating the pay differences between rank and length of time of service.