There is no such thing as an unimportant job in the Navy.

Evidence of that is those that perform the duties of a Navy Ships Serviceman.

It’s a job that is as old as the navy itself and it’s more of a jack of all trades position.

Navy Ship’s Serviceman are the ones that handle retail stores on-board ships, take care of laundry, and perform other important shipboard duties.

They don’t always get the respect they deserve but it would be hard to imagine what any ship would be like without them.

There would be no midnight snacks, no tasty treats, no reading materials or hygienic items and toiletries available for sale.

Not to mention, one would hate to think what any ship would start to smell like after a few weeks out to sea without the services that a Navy Ships Serviceman provides.

It’s a great job for those that don’t want the stress that comes with some other Navy positions but still want to travel the world.

This is also one of the few Navy positions that can be filled by those who are not citizens of the USA.

Here is what it takes to qualify to start training to become an enlisted US Navy Ships Serviceman:

Training and Career Path to Become a Navy SH

Here is the training that is required in order to proficiently handle the duties that are assigned to a Navy Ships Serviceman.

The Class ‘A’ School for this Navy job is held at Naval Air Station Meridian in Meridian, Mississippi.

It is a little over 5-weeks in duration.

During this time the recruit will learn cash handling, cash record-keeping, proper laundry procedures, retail store operations, and how to give military haircuts.

Once Class ‘A’ School is finished there will be a short on the job training period that centers on the exact job that a new Ships Serviceman’s will perform at their first duty assignment.

How Much Are US Navy Ships Serviceman Paid?

All Navy jobs pay is based on rank and time in service.

Most new US Navy Ships Serviceman will start out at the pay grade of Seaman Recruit (E-1) unless they have job applicable skills or training; then they may enter into the navy as a Seaman Apprentice (E-2) or Seaman (E-3).

Here is the current paytable for Navy enlisted personnel:

Here are other forms of payment, allowances, and benefits that may add to a Navy Ships Serviceman’s paycheck while they are serving their country.

This is one of the more laid back positions in the US Navy.

There is no constant training for battle or being on alert in times crisis.

But don’t take that as meaning it’s not an important navy Job.

It’s actually a very critical position on a ship as far as the quality of life and ships morale are concerned.

As a matter of fact, a navy Ships Serviceman provides some of the only creature comforts that can be found when Navy personnel are out to sea.

Here are some of the duties that a Navy Ships Serviceman performs:

Here is a video that tells more about what life is like as a Navy Ships Serviceman:

Here is what a current and former enlisted member had to say about their experiences as a Navy Ships Serviceman on the website Glassdoor.com:

Being a Navy Ship’s Servicemen actually opens up a lot of job opportunities for those that eventually leave the Navy.

Some of the types of positions that being a former Navy Ships Mate qualifies them for include: 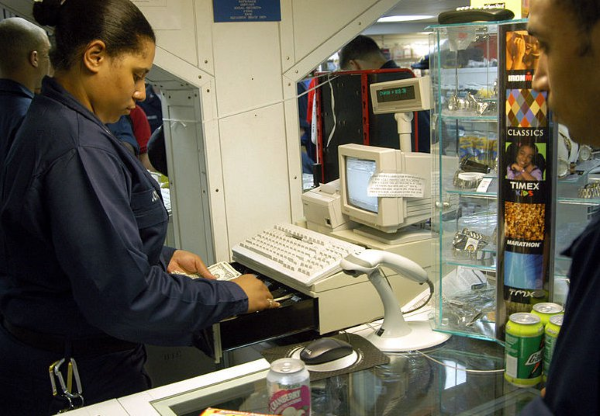 Learn more about what a Ship's Serviceman does in the Navy, including the day to day life, training, and more.