The military has its distinct way of communicating. There are add a tremendous amount of acronyms and words that have a unique meaning.

The XO military meaning is one of those memorable sayings that are common in the military branches.

In most cases, the XO reports directly to the commanding officer.

Typically, the XO in the military handles the management of the troop or unit, and they strategize with the commanding officer.

Since the XO handles administrative tasks and operations, the unit commander is free to do leadership activities.

What Are XO Military Duties?

As mentioned, an executive officers’ job is to handle administrative duties.

Administrative duties could mean overseeing the follow-through and completion of routine paperwork such as payroll and schedules.

Typically, an executive officer delegates routine tasks to other members of the unit.

Also, an XO handles unit logistics as it pertains to inventory, supplies, equipment, and anything else.

Furthermore, no military unit is complete without ongoing training.

An executive officer ensures soldiers are trained and ready right alongside their equipment and weapons.

An XO will deliver on the commander’s orders and plans, make recommendations on behalf of soldiers, and handle some internal promotions.

XO In The Army

Because of how the Army is structured, there are executive officers within each company, battalion, regiment, and brigade.

The Army’s XO handles the management of the command staff in their day-to-day duties.

Also, the Army XO can stand in place of the commanding officer, if needed.

XO In The Marines

In the Marines, the XO is next in rank to the commander.

Furthermore, the XO in the Marine Corps is responsible for the operational success of their unit.

Lastly, they oversee logistical and administrative tasks and routines, as well.

XO In The Air Force

Unlike the Marine Corps, an executive officer in the Air Force is not a second-in-command officer position.

Instead, the executive officer designation indicates an administrative assistant to a more senior officer.

Squadron commanders all the way up to Major Command all have an executive assistant.

Therefore, when you compare the Air Force and the Army on this topic, the Army has a second in command XO, but that same position in the Air Force is called a vice commander.

That being said, the Air Force XO position is an administrative position that assists someone in command.

XO In The Navy

By contrast, the Navy does have an executive officer that is second in command.

Every ship, squadron, and unit in the Navy has an XO.

In fact, the XO in the Navy will have a separate physical location from that of the commanding officer.

Staying separate is so if there is a direct hit to a particular unit, there is still somebody alive or capable of being in charge.

In the  Navy, an XO handles the administrative tasks of the commanding officer.

XO In The Coast Guard

The Coast Guard also has an executive officer, and the expectations and tasks are the same as you see in the United States Navy.

How Much Does an XO Get Paid?

Every military branch uses two factors in determining the pay of service members.

In most cases, time in service and rank determines an XO’s pay just like any other rank.

Therefore, the pay range for an XO depends on their rank and the amount of time spent in service.

Sometimes it feels like the military has a completely different language compared to the civilian world.

Those who are new to the service or who are not completely immersed in military culture wonder what some words and acronyms mean.

The XO military meaning is one of those sayings that often need explanation.

An XO is an executive officer.

The executive officer generally oversees the administrative duties of the command and is responsible for management-type duties.

In some branches, the executive officer is the second-in-command to the commanding officer.

However, that is not always the case, as each military branch has the latitude to determine the title and duties of officers. 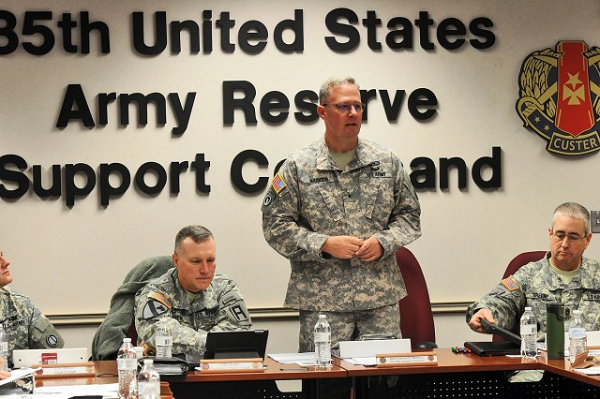 XO in the military stands for executive officer, which is the title for the 2nd in command. Learn more about what their duties and responsibilities are, how much they are paid, & more.