One concern for those considering joining the Armed Forces of the United States is the hazards of combat. Therefore, wondering what percentage of the military sees combat is a legitimate question.

The truth is, not all soldiers see combat.

Also, not every military branch has a focus on face-to-face combat.

However, several factors influence whether or not a soldier will see combat.

Overall, about 10% of those who serve in the Armed Forces see combat.

This, of course, fluctuates given international issues at any given time.

The Army is known as the largest military branch. Therefore, they are more likely to be present in a lot of combat operations.

Because of this, Army infantry will see a lot of combat.

That said, there are a significant amount of Army military jobs that have little to do with combat.

This is because a military branch like the Army needs a lot of operational support.

Therefore, there are lots of different parts of the Army that help keep the military branch going.

Also, the way the Army is organized means some divisions are, in fact, combat units.

As a result, those units do end up seeing quite a bit of combat.

The fact that some divisions or units see more combat than others is true in every military branch.

For instance, the Army Rangers, Green Berets, Navy SEALs, and some fighter and bomb wings will end up seeing more combat.

However, by comparison, this is still a small group of soldiers.

What Percentage of the Military Sees Combat? The Numbers

Overall, only about 10% of those who served in the Armed Forces see combat.

If you serve in the Air Force, it’s usually the pilots, air combat controllers, and security forces that see combat.

The Air Force tends to do combat search and rescue, surveillance, and air control that supports soldiers on the ground.

If you want to serve in the Navy, know that the Navy remains combat-ready at all times.

However, the Navy operates mainly at sea.

The Navy does, however, operate every type of military equipment you could imagine.

However, the Navy fights at sea, so you’re not going to find a sailor involved with ground combat.

Another military branch that sees combat is the Marine Corps.

The Marine Corps is under the Department of the Navy, but its organizational structure looks a lot like the Army.

There are four groups to the Marines, including leadership, support, reserve units, and the operating forces.

The operating forces are the part of the Marines that engage in combat.

Finally, if you are considering the Coast Guard, it is vital to know that it is an asset to Homeland Security.

Therefore, the Coast Guard does a lot of work in maritime safety, narcotics, human trafficking, and search and rescue.

However, the Coast Guard I did see combat during the world wars, but not so much today.

If you are wondering what percentage of the military sees combat, know that only about 10% of those who served in the Armed Forces will see combat.

However, this will fluctuate depending on what is going on in the world.

Every military branch plays a different role in defense of the United States and its interests.

Overall, the Army is the biggest military branch. Therefore, it is more likely those who served in the Army are going to see combat.

The Coast Guard is the least likely to see combat, as they are a part of Homeland Security and play a different role in protecting the United States.

Every military branch has a different organizational structure. Within that structure, some units and troops focus on training for combat.

Other parts of the organization are there for a supportive role. 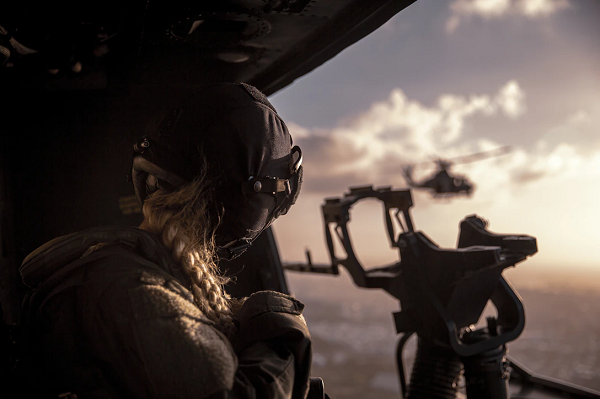 Percentage Of Military That Sees Combat