Their duty is to support infantry and tank units during combat.

An Army Cannon Crewmember (MOS 13B) is vital in making sure the Army is successful on the battlefield.

They also engage in radio and wire communications, identify target locations, and participate in reconnaissance missions.

What do you need to do or know to become 13B MOS?

The first step is to get your high school diploma or GED equivalent.

The U.S. Army will not accept you without one of the above.

The series of tests help you better understand your strengths and identify which Army career is most suitable.

You need to score 93 on Field Artillery (FA) in order to be considered for MOS 13B.

There are not a ton of qualifications for becoming MOS 13B aside from scoring at least 93 on the ASVAB for Field Artillery (FA).

No extra security clearance is required though the strength requirement is “very heavy.”

It helps to have an interest in artillery, namely cannon operations, to become an Army Cannon Crewmember.

MOS 13B is a physically demanding Army job, and the ability to perform under intense pressure will quickly move you up the ranks.

It also helps to be a person that likes to work with a team for a greater purpose, as well as have the intuition to make quick decisions out on the battlefield.

Additionally, you must show no problems with color discrimination between red and green.

Advanced training is a combination of in-classroom learning and in the field training.

There are also opportunities to develop survival skills and the duties of the field artillery howitzer section.

Soldiers are also trained to set fuses and prepare charges.

Those serving in the Army as an MOS 13B can expect to be potentially based at one of the following duty stations:

What does an Army Cannon Crewmember Do?

Army Cannon Crewmembers are an important contributor to the success of Army infantry on the battlefield.

Artillery teams are delegated to support ground infantry and tank units at the point of attack.

When not in combat, the duties of an Army Cannon Crewmember (MOS 13B) shift toward maintaining equipment and other tasks.

MOS 13B are experts with cannons known as howitzers which are single-barrel heavy artillery machines.

Most Army recruits become MOS 13B because they want to see action on the battlefield.

Consequently, you will first learn how to identify target locations while engaging with the enemy.

There are different methods for identifying targets, so you will learn manual as well as electronic solutions.

Heavy artillery is defined as “a class of heavy military ranged weapons that are built to launch munitions far beyond the range and power of the infantry small arms.”

Using heavy artillery in combat can serve a variety of purposes, from simply being “out-manned” on the battlefield to breaching defense walls and fortifications.

Heavy artillery like howitzer cannons are also effective at taking down enemy tanks and other heavy equipment.

MOS 13B are experts with howitzer cannons.

The cannon contains a relatively short barrel with a single release of a projectile that is capable of climbing to high trajectories in order to cover a great distance.

Along with the howitzer cannon, you may also learn how to operate ammunition trucks and other vehicles.

Army Cannon Crewmembers must know how to use wire and radio communications in order to coordinate with other Army personnel.

These types of communications are the most effective while on the battlefield.

13B MOS also performs in reduced visibility environments with infrared and starlight-enhancing night vision devices and other equipment.

This technology is effective when used with other types of communications in order to coordinate successful attacks.

An Army Cannon Crewmember (MOS 13B) may also participate in reconnaissance missions, including position preparation and security operations.

There is a need to camouflage position areas as well as transport and manage artillery ammunition.

Soldiers must also maintain their vehicles and artillery in order to make sure they are ready for military operations.

What does an Army Cannon Crewmember make?

Army Cannon Crewmembers are not paid differently than any other Army profession.

Instead, their pay is determined by Army rank and years of service:

There are many benefits to joining the U.S. Army:

The job reviews for Army Cannon Crewmember (MOS 13B) are positive.

Here is the general consensus on GlassDoor.com: 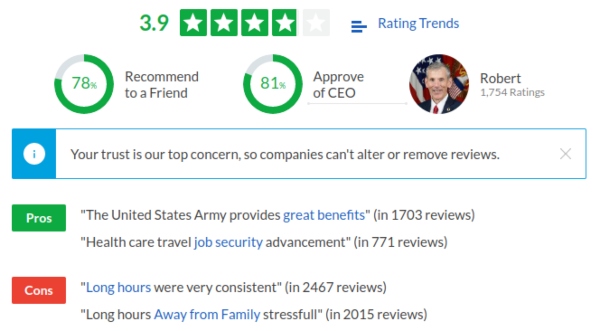 Others highlight all the benefits of the Army and ability to see the world.

There are no civilian jobs that are the direct equivalent of 13B MOS.

The U.S. Army depends on an Army Cannon Crewmember (MOS 13B) in order to be successful on the battlefield.

The military job will grant you the opportunity to see action out on the field and work under high-pressure situations.

What is a Cannon Crewmember (MOS 13B) for the Army?

Cannon crewmembers, MOS 13B, are experts with the Howitzer cannon, and a key member of ground combat in support of infantry and tanks.

Is MOS 13B considered Infantry?

A 13B, or Army Cannon Crewmember, accompany infantry and serve as artillery, with fire support for infantry and tank units. They also rifles, machine guns, grenades, and rocket launchers.

How do I become an Army Cannon Crewmember (MOS 13B)?

To qualify as an Army Cannon Crewmember, you’ll need to be physically fit and score a minimum of 93 on the Field Artillery portion of the ASVAB.

Do you need a security clearance to be an Army MOS 13B?

No extra security clearance is required to become an Army Cannon Crewmember.

How long is training to be an Army Cannon Crewmember (13B)?