Chipotle is one of the first casual dining restaurants. Founded in 1993, Chipolte was primarily based in Denver, Colorado with 16 restaurants.

Today with more than 2,000 restaurants and growing, Chipotle has a net annual income of over $2.2 billion, more than 45,000 workers worldwide and a reported net worth of over 22 billion dollars.

Chipotle restaurants are company-owned, unlike many other similar restaurants that remain franchised-owned.

In 2018, Chipotle restaurants operated 29 locations outside the United States with 19 locations in Canada.

In May of 2018 Chipotle moved from Denver to their new headquarters in Newport Beach, California.

1. What’s The Chipotle Military Discount All About?

In appreciation for all members of the military, Chipotle goes one step further in offering discounts to members of all military and their spouses, not just the serviceman or servicewoman.

With exclusive savings on Veterans Day, members of the military and their spouses, including the National Guard and Reserves, are appreciated for their dedication and service at home or abroad.

Chipotle’s buy-one-get-one (BOGO) offer is only one way that this fast-growing casual dining restaurant supports not only the community they serve, but recognizes the importance of military spouses and the sacrifices and hardships that are made daily with the absence of a loving partner.

Keep in mind that this offer is only available on Veterans day.

Unfortunately, there is no daily Chipotle military discount, at least not as of this writing.

With seasonal specials offered not only on Veteran’s Day but throughout the year, Chipotle continues to go one step further with promotions offering discounts to Veterans before Veterans Day.

Often picking a weeknight leading up to this National Holiday, Chipotle extends their generous offer for military members and their spouses as a prelude in recognition of those that sacrifice the most in defense of this country.

Hours of this special promotion vary from location to location but generally last from 3pm until closing on a specific day in question.

2. How Do I Prove Military Service?

Keeping in mind that Chipotle is typically a bustling casual dining restaurant serving 110-120 individuals per hour, will require some form of military identification before or during checkout.

Forms of military identification honored at all Chipotle restaurants include:

Whether active or retired, Chipotle wants to extend their appreciation to military members and their spouses by offering some of the most specially prepared organic grown vegetables and premium meats in the food preparation industry.

Chipotle has a long tradition of serving on-site, specially prepared foods for a healthier alternative to foods that are high in fats and calories.

Chipotle’s BOGO Veterans Day promotion includes burritos, bowls, and salads as well as tacos. Orders, including steak, have a higher cost versus chicken; thus, the free entrée must cost the same amount or less than the paid entrée. Chicken is served at no cost to the military veteran or their spouses.

Chips or drinks are not included in this promotional offer.

Promotional offer is for dine-in only.

For all practical purposes, Chipotle does everything wrong from other well-known similar restaurant chains.

Chipotle restaurants are not located in high traffic areas. Instead, Chipotle often rents, buys, or remodels vacant buildings that have been left standing for years, saving millions of dollars per year.

Chipotle spends too much money on food, does not serve breakfast, nor do they have drive-thrus. Chipotle does very little advertising on national television shoes, via newspapers or magazine inserts.

In retrospect, Chipotle relies on their customers to provide the cheapest form of advertising for any business, word of mouth, and it works, very, very well.

To date, Chipotle rarely adds new items to their menu.

Related Article – GoPro Military Discount: 20% Off, But Not The Way You Think

Chipotle places a greater emphasis on eating healthier with not only reducing carbohydrates and fats, but incorporating vegetables and meats from local farmers while supporting a more robust local economy. Chipotle provides an alternative way to enjoy food that is full of nutrients and vitamins.

Doing everything wrong doesn’t always make things right; however, in this case, Chipotle has a continually proven record of offering the very best for their customers in many ways always willing to give back.

5. Giving Back To The Community

Chipotle continues to support all community activities. In 2011, Chipotle Foundation was established to extend its commitment to creating a more sustainable food future for all to share. To date, Chipotle has contributed more than $3 million to organizations committed to cultivating a better, friendlier world through food.

Chipotle has also contributed more than $2 million to help fund ways that support family farming, culinary education in the promotion of new and initiative methods in the development of better, healthier food.

This is only a partial list of the millions of dollars that Chipotle has contributed recently with regular contributions in support of local and national organizations drawing public awareness and attention to many issues that are of significant concern today.

Chipotle is more than a gathering place for lunch or a place to meet family or friends.

Chipotle is a symbol of pride in the community, a sense of caring for those that make daily sacrifices to ensure and protect the freedom that is often taken for granted.

Showing respect for members of the military and military families even in the smallest of ways unites communities bringing together harmony, peace, and the true sense of freedom.

We will update this article if Chipotle ever decides to offer a daily discount to members of the military.

Click Here to see other restaurants that offer military discounts. 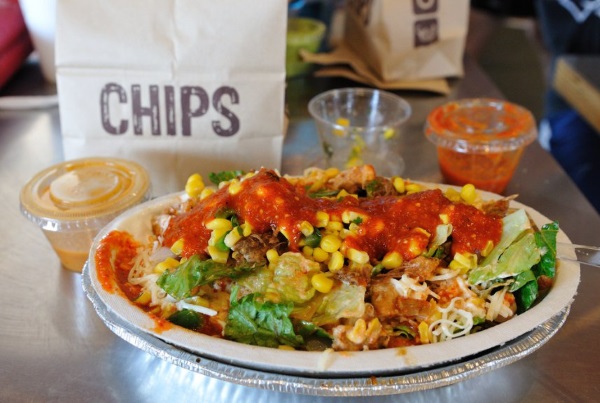 There is no daily military discount at Chipotle. With that said, they do offer a buy one get one free meal on Veterans Day.