As a result, you may be wondering about the differences between a Commissioned Officer vs. NCO.

The officers who receive an official commission are called commission officers.

Also, others become officers by working through the enlisted ranks.

In either case, officers are distinguished service members who enjoy higher levels of promotion and job security.

Not every member of the armed forces can enter the service as an officer through academics, just as not everyone will enter via general enlistment.

In both cases, officers are well-respected.

What is a Commissioned Officer?

A commissioned officer (CO) receives their commission, which is a formal appointment.

Also, a commissioned officer is awarded their rank before they assume their position in the military.

There is more than one way to obtain a commission.

You could attend a military academy such as the Air Force Academy or the Naval Academy.

Otherwise, you might consider attending a civilian school and then enter the Armed Forces.

What is a Non-Commissioned Officer (NCO)?

A non-commissioned officer (NCO) is a military officer who does not have a commission.

NCOs reach their rank via promotion by working through enlisted ranks.

Also, NCOs are respected and command those with a lower rank.

Related Article – 10 Benefits Of Joining The Military After High School

Difference #1: Entry into the Service

One of the biggest differences of Commissioned Officer vs. NCO is commissioned officers enter the military already having a college degree.

However, non-commissioned officers enter as enlisted members and move forward in their careers, earning their degree as they go.

Except, if you are in the Navy, there is not a degree requirement to earn the rank of Chief Warrant Officer or a Limited Duty Officer.

Typically, as officers advance in rank, there is competition.

Therefore, the expectation is all officers have a higher education

Often the CO’s are the planners and problem solvers that plan missions and give orders that NCOs and enlisted members carry out.

Although the NCOs bring with them technical expertise.

An NCO has evolved their skills through assignments and training, as well as ongoing education.

Where a CO has a more generalized skillset, an NCO is a specialist in their field, and their knowledge is essential.

However, non-commissioned officers command all enlisted personnel and lower-ranking NCOs.

While an NCO will never outrank a CO, the partnership between the two is vital.

For example, the skills obtained by a senior NCO over the years of service are of value to the CO.

The symbiotic relationship of sharing input is what works to make a unit in any branch of the military strong.

A non-commissioned officer starts with basic training as an enlisted member.

It is in basic training all enlisted members learn the basics of combat and leadership, among other topics.

Afterward, as enlisted members move up in ranks, they begin taking leadership courses.

In some branches of the military, such as the Army, there are academies specifically to prepare NCOs for high levels of leadership and technical knowledge.

Commissioned officers sometimes attend a civilian school where they may participate in a Reserve Officer Training Corps (ROTC) program before enlisting in the military and receiving a commission.

Another option for a CO is acceptance into and attending a military academy before entering the armed forces with a commission.

Related Article – GT Score Explained (and how to raise it)

The final difference of Commissioned Officer vs. NCO is pay.

NCOs’ pay depends on both rank and time in service.

Also, different branches of the military start their NCOs off at different ranks.

For instance, the Army has two ranks at an E-4, but only one of them is an NCO, and the Air Force’s lowest-rank for an NCO is an E-5.

In some cases, an NCO will have relatively the same pay as a newly commissioned officer.

Therefore, it is essential to refer to the pay charts for each branch of the military to determine your pay grade as it relates to your time in service.

Also, the pay for officers increases with both rank and time in service, as well.

Let’s get into some of the common questions revolving around differences between a commissioned officer vs. NCO.

What Steps Should I Take to Become a Commissioned Officer?

If you have an interest in being a candidate for one of the military academies, reach out to a local recruiter to find out what choices you can make while you are still in high school to increase your chances of selection.

Otherwise, you might consider attending an accredited college to earn your degree before joining.

What Steps Should I Take to Become a Non-Commissioned Officer?

While the details might vary depending on the branch of the military, they typically have similar steps to advance in ranks to become an NCO.

Your best resource is by talking to your chain of command to find out how they can support your goals and what next steps are necessary.

Essentially, you will need a college degree and complete all training laid out for your MOS and rank.

As you move up in rank, you will complete continuous courses on leadership training that coincide with your level of responsibilities.

Why Might Someone Choose to Stay an NCO and Not Become a CO?

An NCO’s position is very hands-on, and this appeals to many people.

Officers have a vast magnitude of responsibilities overall, but this may not appeal to all leaders.

Those who choose to remain an NCO are well-suited to focus on their technical skill set.

Also, many NCOs note they are proud of their work leading junior members of the military, and they prefer to avoid the level of politics that comes with higher officer ranks.

There are different roads to becoming an officer.

Some enlisted members work up the ranks and earn their status as an NCO.

Others attend either a four-year civilian college or a military academy before entering the armed forces and earn their commission.

In either case, both NCOs and Cos take on leadership responsibilities, and they work together to lead their units. 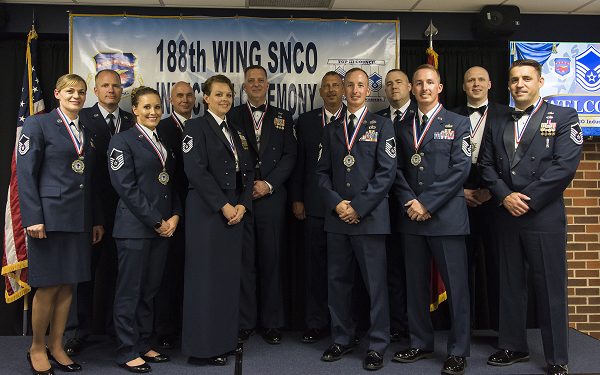