Kings Island is an amusement park located in Mason, Ohio.

They give back to those who serve through to special military deals.

Kings Island was opened in 1972 by a family called the Wachs’.

The Wachs had another theme park named Coney Island, but it was flooded by the Ohio River and could not be salvaged.

They sold this park and bought a new piece of land to create their next venture, Kings Island.

The park took two years to built, but quickly found success after opening in 1972.

Today, the parks is filled with attractions and fun for the entire family.

They have roller coasters, as well as family rides and a large area for kids.

They also have a waterpark called Soak City, with a variety of slides and pools.

What Is The Official Kings Island Military Discount?

Kings Island has two special deals to give back to those who serve.

We will look into the details of each of these ways to save below:

Kings Island offers a discount off the normal price of Front Gate admission tickets to give back to the military members who visit the park.

This discount may vary over the course of the season, but there is always some sort of admission deal that military members can take advantage of.

Since the deal varies, you’ll need to either check with Kings Island staff or check their website to see what the military pricing will be on the day you will be attending the park.

This deal can be used either online or in person.

The discounted tickets can be purchased for the military member, as well as for up to six immediate family members at the same low price.

To use the deal online, simply pick the tickets you’d like to purchase “at regular price” and check the “Military” box during your checkout process.

This should lower the cost of your ticket.

Keep in mind that Kings Island often has other deals and promotions available online.

If you add a ticket that is already set to the price of another deal, you will not be able to receive additional money off for being a service member.

To use the deal in person, just show your military ID at the front gate of the park when you go to purchase your tickets.

If you’re looking to save even more on your visit to Kings Island, you may want to take advantage of their Military Appreciation Days event.

This event takes place around the Fourth of July each year.

The dates may vary slightly, so you will want to watch their website or advertisements to find the exact days of the event for the current year.

During Military Appreciation Dyes, military members can enter Kings Island at no cost.

Along with their free ticket, they can purchase up to six additional tickets for immediate family members at a discounted price of only $35 each.

Other military discounts are also usually available within the park during this event.

To get your free and discounted tickets, simply show your military ID at the front gate during the advertised Military Appreciation Days dates.

All active military members are able to claim both of these deals.

This includes members of the Air Force, Army, Navy, Marines, and Coast Guard, as well as those who serve in Active Duty, Reserve, and National Guard roles.

It is also available to past military members, including both veterans and retired service members.

Eligibility for these tickets is for immediate family members only (think moms, dads, spouses, children, and siblings).

The biggest restriction on the daily military discount is that, as we mentioned above, it cannot be combined with other deals.

Kings Island often has multiple deals going at a time, so you will want to check each deal to ensure the military tickets are the ones that will save you the most money.

Both of the Kings Island military deals also require a valid, government-issued military ID to be presented to the front gate staff members at the time of admission.

Also keep in mind, the free tickets are only available during the advertised days each year. If you go on a different day, you’ll need to pay the military discounted rate.

Overall, the Kings Island military discount and the park’s Military Appreciation Days event are both great ways to enjoy some fun with family or friends at a discounted rate.

If you plan on visiting this park in the near future, be sure to check out these deals and take advantage of the one that is right for you. 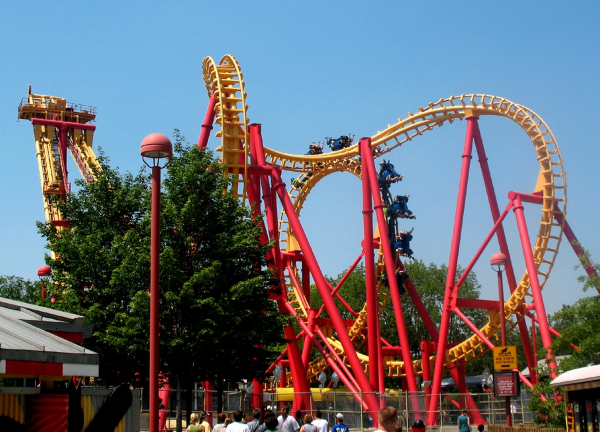 Kings Island is one of the biggest supporters of the US military. They have both a daily military discount, as well as military appreciation days that offer free admission all day.