Nearly all men between the ages of 18 and 25 living in the United States are mandated by law to register for the military draft.

Registration for the draft is conducted and managed by the Selective Service System.

Military draft registration is considered a civic obligation on the part of male individuals living in America, but the same does not apply to women in the U.S.

Here are 7 things you need to know about the military draft.

1. What Is The Military Draft?

In the United States, the military draft requires mandatory enrollment in the Selective Service for certain individual citizens.

The draft, also known as conscription, refers to this potential mandatory military service requirement if the U.S. government finds the draft necessary to invoke.

Registering for the draft is an obligation the U.S. government requires of male citizens within a specific age range.

The purpose of the draft is so that the country would have enough personnel to support the military if called upon for defense or in response to a national emergency.

The American Selective Service System is the agency that oversees draft registration.

The Selective Service is also responsible for implementing and running a draft if/when it is enacted by Congress and the President of the United States.

The U.S. military has been an “all-volunteer” force, with no active draft, since 1973.

This means that each branch of the Armed Forces is presently made up of individuals who choose to serve of their own volition.

However, at the age of 18, male U.S. citizens are required to register for the draft whether they have ever considered military service or not.

As a result, registered Selective Service members could be drafted (involuntarily) into military service by an act of Congress in case of a national emergency or threat.

Foundations of the Modern Draft

The policies and legislation that form the basis of the modern military draft began when the U.S. entered World War I.

In September of 1940, President Franklin Roosevelt signed the Selective Training and Service Act into law, establishing the first peacetime draft in U.S. history.

This was in response to World War II and applied to males ages 21 to 36.

Though the Selective Service legislation was set to expire in 1947 and 1950, world events and conflicts such as the Korean War kept extending the draft.

In 1951, the Selective Service Act was reauthorized as the Universal Military Training and Service Act.

As a result, all males ages 18 to 26 were required to register for the military draft.

Examples of the Modern Draft

Most Americans today associate the military draft, and controversies surrounding it, with the Vietnam War of the late 1960’s and early 1970’s.

During this war, as many as 2.2 million were drafted into active duty military service.

Many of those who were called forth for military service by the draft lottery process of 1969, under the Military Selective Service Act, became conscientious objectors, “dodged” the draft by fleeing the U.S., or refused to respond to their conscription notices.

Such resistance to being drafted into the U.S. Armed Forces divided public opinion and emphasized the political, ethical, and practical consequences of and approach to conscription.

In January of 1973, the Department of Defense suspended the draft, allowing the Military Selective Service Act to expire in June.

After the Soviet Union’s invasion of Afghanistan in 1980, President Jimmy Carter reactivated the Military Selective Service Act through an executive order.

There was no mandate of military service, but the act required males from the ages of 18 to 26 to register with the Selective Service System.

2. How The Draft System Works

If a draft is authorized by Congress and the U.S. President, the Selective Service System begins to call registered men, ages 18-25, for military duty.

The sequence for call to duty is generally determined by birth year and random lottery numbers.

The men who are called for military service will be evaluated for mental, physical, and moral fitness.

Based on this examination, they may be inducted into the Armed Forces, deferred, or exempted from military service for medical or psychological reasons.

Projections are that if the U.S. enacted a draft, those who are registered and age 20 would be the first group to be called.

Once a registered individual turns 26 years old, he is over the liability age for the draft.

Male U.S. citizens must register within 30 days of their 18th birthday.

Male immigrants, if they have turned 18 or are younger than 26 years old, must register within 30 days of their arrival date in the U.S.

There are some people who are exempt from registering for the military draft and therefore do not have to file any forms with the Secret Service System.

However, if a male active duty service member is discharged before they turn 26 years old, they still must register.

There are some men (conscientious objectors) who are opposed to serving in the military.

Their reasons vary, but are based primarily on the grounds of moral and/or religious principles.

These conscientious objectors are still required to register with the Selective Service System, by law.

4. Consequences For Not Registering For The Draft

There are consequences for those who are required to register for the draft but do not.

Intentionally avoiding draft registration in the U.S. is a felony.

Not registering with the Selective Service System can bring about the following legal and personal consequences:

If someone fails to register with the Selective Service by age 26, they are no longer eligible to do so.

The most recent prosecution for avoiding draft registration took place in 1986.

Since then, the Selective Service System can and does provide information about people who fail to register for the draft to the Department of Justice.

Those who can provide evidence that they did not intentionally avoid registering for the draft may be able to obtain denied federal or state benefits.

However, this type of appeal is likely to take a great deal of time and money.

5. How To Register For The Draft

Since registering for the draft is mandatory by law, the registration process is fairly straightforward and simple.

Here is a step-by-step explanation for how to register for the draft:

Men who have turned 18 can register for the military draft in a few ways:

Within 90 days of registering with the Selective Service, a letter and registration card will arrive in the mail.

This letter and card serve as proof of Selective Service registration.

Those that don’t receive their letter and card within 90 days, can call the Selective Service System.

In addition, it’s important to contact the Selective Service System if there is an error on your registration card, if you change your name, or if your mailing address changes.

Individuals are required to keep their information updated until age 26.

If a registration card is lost, the accompanying letter will serve as proof of registration.

No action needs to be taken once proof of registration is received, unless a draft is enacted.

However, it is the responsibility of the draft registration holder to notify the Selective Service System of any new personal information.

This includes name or address changes.

For the most part, once you turn 26 years old, you are exempt from the military draft.

6. Women And The Draft

Currently, Selective Service legislation regarding American citizens who must register for conscription applies specifically and only to “male” individuals.

This exclusion of women has been upheld by the Supreme Court since 1981, Rostker v. Goldberg.

The Department of Defense officially lifted gender-based restrictions on military service in late 2015, including eliminating combat restrictions for women.

However, Selective Service continues to apply only to men, age 18 to 25.

Therefore, Congress must amend the law to require or even permit women to register with Selective Service.

It appears very unlikely that the U.S. will enact a draft in the near future.

In fact, many legislators have offered support for a movement to end draft registration or to include women in conscription policy as well.

Though changes to Selective Service legislation may take place in the future, the likelihood of a draft is very low.

Therefore, it appears that the U.S. military will remain an all-volunteer force for the foreseeable future.

The Military Draft During The Vietnam War

Why Aren’t Women Required To Register? 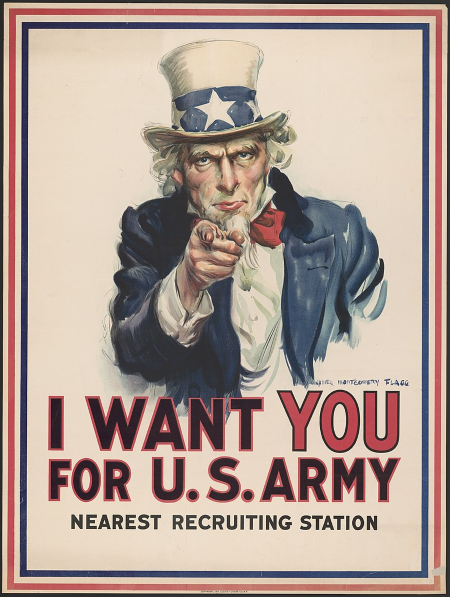 Learn more about the US military draft system, including the requirements, ages, rules, how likely a draft will happen soon, and more.