Military schools in Michigan are well recognized even if not in abundance.

The Great Lakes Maritime Academy is the only freshwater maritime school in the United States.

For this reason, it often ranks among the best military schools in the United States, especially for cadets that want to specialize in maritime law enforcement or a career in the U.S. Navy, Coast Guard, or Marine Corps.

Additionally, military schools in Michigan include the Michigan Youth Challenge Academy which is distinctively different.

The military school focuses on enrolling troubled youth and getting teens moving again in the right direction.

Learn more about the two types of military schools in Michigan to find how which one is the best fit for your son or daughter.

Great Lakes Maritime Academy is 1 of 6 schools of its kind in the nation.

Furthermore, the military school acts as the only freshwater maritime academy in the United States.

For this reason, the maritime academy is well sought after for its water-based programs and admission remains competitive.

The campus exists on West Grand Traverse Bay which is part of Lake Michigan in the northern portion of the state.

However, the campus is not part of the Upper Peninsula (though its close in proximity).

Michigan utilizes its convenient location to the Great Lakes to provide educational and leadership opportunities for aspiring cadets.

The military school in Michigan was established in 1969 and has trained men and women since its inception.

Cadets have unparalleled access to vessels of all sizes including cruise ships, freighters, and tankers.

Students earn a Bachelor of Science degree at the Great Lakes Maritime Academy which grants those that desire a federal license to sail on large bodies of water.

Graduates earn the rank of First Class Great Lakes Pilotage through the only freshwater program in the country.

For starters, cadets must earn their bachelor’s degree in Maritime Technology like any other student that attends a 4-year university.

Secondly, cadets must earn the required maritime credentials as well as “write” for their U.S. Coast Guard open-ocean license.

Graduates of the Maritime Technology program generally enter maritime positions at the management level among some of the largest ships in the world.

The instruction is a combination of classroom learning, lab work, simulation activities, as well as 3 semesters at sea.

The unique opportunity to receive hands-on experience including more than a year at sea is a rare opportunity that you’ll be hard pressed to find elsewhere.

It is why the Great Lakes Maritime Academy consistently ranks among the best military schools in Michigan.

Individuals generally pursue a career as a Deck Officer, Engineer Officer, or Power Plant Facilities Operator via the program.

Upon completion of coursework, the requirements for U.S. Coast Guard licensing depends on if you want to work as a Deck Officer or Engineer.

The Great Lakes Maritime Academy is approved by the U.S. Maritime Administration as well as the U.S. Coast Guard.

Furthermore, the Michigan Department of Education recognizes the institution as a legitimate maritime training school.

All in all, students spend 3 semesters out at sea while they develop job skills through hands-on training.

The sea projects are arranged by the academy with shipping companies on the Great Lakes as well as the Atlantic and Pacific Ocean.

The Great Lakes Maritime Academy houses its own training ship called the T/S State of Michigan.

Cadets begin their training on ships aboard the T/S State of Michigan where they learn the responsibilities of officers and crew as well as shipboard etiquette.

Later, cadets progress toward working aboard commercial ships during the last 2 semester in order to better prepare for the current demands of maritime occupations.

The T/S State of Michigan has been renamed and was originally the USNS Persistent which tracked Soviet activity during the heart of the Cold War.

However, in the 1990s when the threat of the Soviet Union was no longer legitimate, the ship was no longer needed by the U.S. Navy and retired to the Great Lakes.

The Great Lakes Maritime Academy worked with the U.S. Navy to complete the transfer and overhaul of the ship during the summer of 2002.

Today, the training ship is used as a daily laboratory and infrequently leaves the harbor for assignments.

The Great Lakes Maritime Academy, unlike many military schools, is co-ed.

Therefore, it accepts male and female cadets for its highly sought after maritime program.

Cadets are required to live on campus during their first year if they are under the age of 20.

Thereafter, students have the option of living on or off campus.

Cadets participate in at least 3 sea projects during their time at Great Lakes Maritime Academy.

The Great Lakes Maritime Academy is not directly associated with any specific branch of the military.

However, cadets at the Great Lakes Maritime Academy may join the Merchant Marine Reserve or the U.S. Navy Reserves.

Some argue that the Great Lakes Maritime Academy is not a true military college for this reason yet we disagree.

Cadets learn many aspects of military life even if they do not participate in ROTC drills.

Moreover, your time at sea could prepare you for a role in the U.S. Coast Guard or Navy though most graduates opt to pursue a more lucrative job in the private sector.

Lastly, graduates may also want to consider continuing their education by taking RADAR certification courses or learning about the Global Maritime Distress and Safety System (GMDSS).

The Great Lakes Maritime Academy provides education and training to those that want to work at sea.

The academy specializes in training mates (pilots) and maritime engineers.

There is some military crossover yet the Great Lakes Maritime Academy does not commission officers for any of the main branches of the U.S. Armed Forces.

Nonetheless, it’s a phenomenal opportunity for acquiring the job skills needed to succeed in the open water.

The application process is comprehensive so make sure that you schedule a campus visit and meet with an advisor before you decide to move forward.

Tuition at the Great Lakes Maritime Academy varies based on the type of program.

Regardless, maritime courses currently stand at $445 per credit hour for the 2020-21 school year.

General education courses are less and priced per contact hour depending on the living situation.

It is not uncommon for students to apply at Great Lakes Maritime Academy already having a bachelor’s degree.

In fact, you can save money on tuition if you enroll with previous college experience or a degree.

The Great Lakes Maritime Academy does offer financial assistance to cadets that demonstrate a need.

The military school in Michigan is part of Northwestern Michigan College.

Therefore, you may apply for financial aid through the Free Application for Federal Student Aid (FAFSA).

The FAFSA school code for Great Lakes Maritime Academy is “002302”.

You’ll want to include the school code when applying for the FAFSA to qualify for grants, scholarships, loans, and work study.

Contact the admissions department at Great Lakes Maritime Academy for more information at (231) 995-1200.

The military school in Michigan is a reform institution that accepts troubled youth and seeks to rehabilitate through military training and education.

The Michigan Youth Challenge Academy educates, trains, and mentors at-risk youth to assist in turning their life around.

There is absolutely no cost to attend the Michigan Youth Challenge Academy.

However, the enrollment is limited and restricted to teens between the ages of 16-18.

Consequently, the military school strives to present young people with the skills they need to become productive and responsible citizens.

The military model is applied to the alternative education program as it promotes personal accountability while also developing teamwork and leadership skills.

The curriculum at the youth academy incorporates 8 core components that encourage physical, mental, and moral development.

Those that prove they have what it takes progress to the Resident Phase where they build relevant job and life skills.

Meanwhile, the Post-Residential phase takes place outside the campus in Battle Creek, Michigan.

Cadets are encouraged to return to their community after graduating from the Residential phase where they must attain employment, further their education, as well as meet with a mentor once a week.

The purpose of the Post-Residential phase is to get the teen back into society where they have the tools and knowledge to be successful.

Youth are supervised at all times during their Residential stay at the Michigan Youth Challenge Academy.

Cadets must march in formation to and from activities as well as participate in daily physical fitness and life skill programs.

Food, housing, and uniforms are provided at no cost to the student or family.

The military school in Michigan seeks to admit at-risk youth that need improved guidance and mentoring.

Cadets divide their time during the 17.5 month program living on campus as well as reintegrating into their former home.

The military school is available to male and female high school dropouts between the ages 16-18.

Cadets must be citizens of the United States and not currently on parole or probation for anything other than juvenile status offenses.

Michigan Youth Challenge Academy does not consider any teenager convicted of a felony.

Cadets are not allowed to use tobacco and regularly get drug tested.

While the Michigan Youth Challenge Academy isn’t for everyone, it can make a substantial difference if you are fortunate enough to get admitted.

There is absolutely no cost to attend Michigan Youth Challenge Academy as the experience is paid for by the U.S. Department of Defense and State of Michigan.

For this reason, the cadet receives meals, housing, and uniforms at no extra cost.

Also, there is no military obligation required to attend the school even though the military model is administered by the Michigan National Guard.

Those that are interested in attending Michigan Youth Challenge Academy need to start with orientation.

It is a mandatory step in the application process.

NOTE: Sundance Canyon Academy is a similar residential treatment center for troubled youth in Michigan that features a military structured environment. You can learn more about their program by clicking HERE. 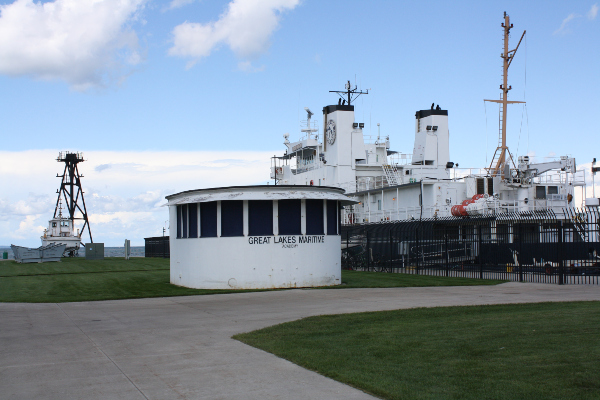 Michigan is home to 2 military and boarding schools for boys and girls. Learn more about each one, including their location, campus life, tuition, and more.