There are several benefits to attending military prep school, as students are better prepared for success regardless if they elect to join the U.S. Armed Forces after graduation.

What are the top military schools in Texas?

Learn more about the best military schools in The Lone Star State based on academics, prestige, enrollment, student/teacher ratio, and history.

Texas Military Institute is among the best military schools in Texas.

The private school is located in San Antonio, Texas, and often referred to by the abbreviation TMI (or TMI Episcopal).

It is a selective institution that accepts less than 500 students.

For this reason, classroom sizes remain small as students get more personal interaction with faculty compared to public education.

TMI Episcopal was founded before the 20th century and is the oldest Episcopal college preparatory school in the American Southwest.

The military boarding school originally only accepted male students yet has since expanded to include female cadets.

The “West Point on the Rio Grande” has a terrific academic reputation and has been considered one of the finest prep schools in the nation for decades.

There are multiple U.S. Presidents that have spent time at TMI, including John F. Kennedy who visited the day before he was assassinated.

The Corps of Cadets (JROTC) is optional for male and female cadets at Texas Military Institute.

The JROTC program is affiliated with the U.S. Army Junior Reserve Officers’ Training Corps and approximately 1/3 of students participate in the Corps of Cadets.

Texas Military Institute is unique in that the institution may provide direct placement to the U.S. federal service academies without a congressional recommendation.

Texas Military Institute has an impressive 100% placement rate in terms of students finding a college after graduation.

For example, High School students that attend 5 days per week with boarding pay $48,100 per year.

The cost of tuition includes funds that cover boarding expenses such as housing and meals.

The current location for the TMI campus is rich in modern architecture as most of the buildings are constructed almost entirely in limestone.

TMI Episcopal has operated on 3 different campuses, including the most recent one northwest of San Antonio.

Texas Military Institute has an extensive alumni network including many notable names.

Related Article – Top 15 Military Colleges in the US

San Marcos Academy (SMA) is a coed college prep school that is sandwiched nearly halfway between Austin and San Antonio.

The institution is affiliated with the Baptist General Convention of Texas and students earn accreditation through the Southern Associate of Colleges and Schools.

San Marcos Academy has a long tradition as the military school dates back to 1907.

It is one of the oldest military schools in Texas along with TMI Episcopal.

The academy accepts students that commute to campus for the grades K-12.

Meanwhile, students between the grades of 6-12 have the option of living and eating on campus.

The majority of cadets reside on campus (approximately 75%) with a total enrollment that is less than 300 students.

San Marcos Academy is governed by a 15-member board of trustees.

Students have the opportunity to participate in a variety of campus events and activities, as well as the Junior Reserve Officer Training Corps.

Cadets are not required to serve on the Army JROTC program though the majority decide to take advantage of this phenomenal opportunity.

San Marcos Academy (SMA) is one of the oldest boarding schools in the state.

Additionally, San Marcos Academy is regularly considered one of the top military schools in Texas.

Unfortunately, the prestige of attending SMA does come with expensive tuition as the average student spends $31,000 per year to attend full-time.

Younger students (K-6) are not allowed to live on campus and others choose to commute to save money.

Regardless, the Christian military school has a terrific success rate at helping students progress to the college of their dreams.

Cadets that live on campus reside in dormitories and are required to attend religious services throughout the week.

However, you do not need to consider yourself a Christian as SMA accepts students from a variety of religious beliefs.

Texas A&M University – College Station has one of the strongest and most recognizable ROTC programs in the country.

Furthermore, students have the option of pursuing a career in maritime by enrolling at the academy.

“Sea Aggies” attend school at Pelican Island, a couple hours south of College Station along the Gulf of Mexico.

The academics at Texas Maritime Academy are available to college prep students (7-12) in addition to undergraduate studies.

The academic programs at Pelican Island are distinctively ocean-focused with specialties in marine biology, engineering, and transportation.

Texas A&M Maritime Academy is one of only 7 maritime academies in the United States.

Moreover, it is the only maritime school in Texas with direct access to the Gulf of Mexico.

Cadets have the opportunity of joining the only Navy-option NROTC unit through the Texas A&M University system.

Meanwhile, cadets of the Marine Corps NROTC unit receive their training on the main campus in College Station, Texas.

Regardless, all students in the Texas A&M Maritime Academy are required to join some form of ROTC.

There are many advantages to considering the Texas Maritime Academy as cadets get to study and train aboard several different ocean-going vessels.

The TMA Corps of Midshipmen combines tradition and customs from the U.S. Navy along with the heritage of the well known TAMU Corps of Cadets.

Thus, cadets must participate in morning formation, room inspections, mandatory study sessions, and other rules of the military school in Texas.

Students at the Texas Maritime Academy have the option of selecting from the following programs:

Additionally, the U.S. Coast Guard MARGRAD program is available to cadets that graduate from Texas A&M University with an operating license.

It enables graduates to receive a 3-year commission as a United States Coast Guard officer and serve the country where it has specific needs.

Room and board is not included in tuition rates yet is available for students that would like to reside on Pelican Island.

However, tuition does cover hands-on training including sailing aboard Texas Maritime Academy ships.

Related Article – How to Get Into the Naval Academy: 5 Challenging Steps

The Marine Military Academy is a private school in Harlingen, Texas.

It is regularly considered one of the premier military schools in Texas.

The college prep academy features a challenging curriculum for boys and girls between the grades 7-12.

Additionally, students have the option of pursuing a year of post-graduate study before joining the military or advancing to a 4-year institution.

The Marine Military Academy does not have quite as long of a tradition as some of the other top military schools in Texas yet has remain in operation for more than a half-century.

As a result, you can expect to receive an outstanding education while also receiving an introduction to the United States Marine Corps (USMC).

While Marine Military Academy is not officially associated with the USMC, it does follow many of the same ideals and traditions.

The academy is one of the first in the nation to establish a Marine Corps Junior Reserve Officers’ Training Corps (MCJROTC).

All students at the school are members of MCJROTC as participation is not voluntary.

Most classes at the Marine Military Academy last a year and are extremely challenging.

Cadets are also required to participate in at least one extracurricular activity.

The airfield was established in 1941 during World War II and has historical value even if most of the original buildings have been replaced.

It is one of the most expensive military schools in Texas to attend based on tuition.

Reports indicate that the average tuition for students attending the Marine Military Academy is $37,750.

Students that are fortunate enough to attend Marine Military Academy are part of a small enrollment of less than 250 cadets.

Students live on campus like most military boarding schools and are expected to participate in a variety of events.

Those that struggle with under-performing grades have additional requirements and expectations.

Moreover, a summer camp for boys between the ages of 13-17 offers new challenges for students.

Cadets come from a variety of backgrounds, including a significant amount of international students from Mexico and China. 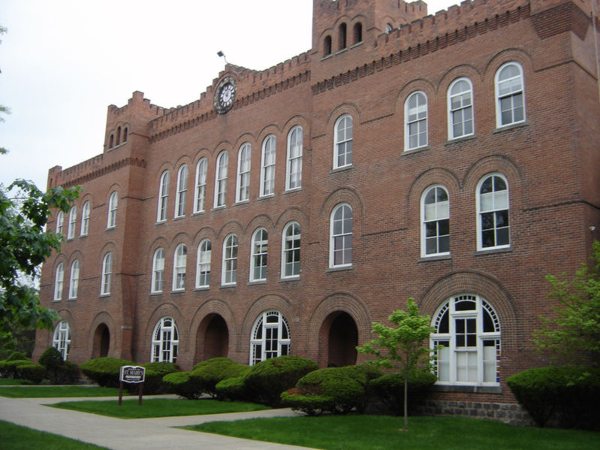 Texas is home to 4 major military schools for boys and girls. Learn more about each one, including where it's located, courses of study, average tuition and boarding options, and much more.