The Marines have been around since 1775. During this time, there are plenty of candidates to consider for the most famous Marines.

Some Marines are so famous, their names are memorized by recruits every single year.

Other Marines still serve as inspiration for the Marine commanders even today.

We compiled a list of Marines that have reached legendary status.

Also, we include several Marines who are famous for their roles in the media or popular culture.

Sergeant Major Daniel J. Daly is known as “the fightinest Marine I ever knew.”

Therefore, he makes the list of the most famous Marines.

Sergeant Major Daly is one of few Marines who received the highest military award twice.

Daly was a recipient of the Medal of Honor on two separate occasions for acts of heroism.

Sergeant major Daly is remembered for a battle cry he gave in the year 1918.

During a fight, the Marines were outnumbered, and Sergeant Major Daly yelled to the Marines to “come on, you sons of bitches, do you want to live forever?”

Those words continue to live on for this legend.

Montel Williams enlisted in the Marines as soon as he graduated from high school, and he received a recommendation to attend the Naval Academy preparatory school.

Once he finished that course of study, he went to the United States Naval Academy. He was eventually discharged from the Marines, and he reenlisted in the Navy.

At this point, Montel Williams served and is known to be the first black Marine to graduate from the Naval Academy Prep school and the United States Naval Academy.

Williams is well-known in the media and Hollywood as a talk show host.

However, Williams is a Marine who makes a point to talk to teenagers across the nation about the importance of community and perseverance.

Sergeant Major Gilbert “Hashmark” Johnson is one of the first Black Americans to become a Marine.

Also, he is one of the first Black drill instructors in the Marines.

Furthermore, he received the nickname “hashmark” because of his service stripes, which were longer than his rank.

Also, he personally requested Black Marines be able to do complete patrols and went on the lead 25 of those patrols himself.

He served for 32 years in total, and his name lives on.

Lieutenant General Lewis “Chesty” Puller is considered a legend in the Marines.

He is famously quoted as saying, “we’ve been looking for the enemy for some time now. We finally found him. We are surrounded. That simplifies things.”

Chesty grew up listening to war stories about the civil war, and he read a lot.

Because of his exceptional leadership skills and fierce loyalty, Puller’s men loved him.

He led by example and never held himself to a higher standard than enlisted men.

For instance, he ate the same food as his men, carried his own bag, and marched along with them.

Because he easily commanded respect, he is one of the most famous Marines.

Commanders to this day try to emulate Puller.

He got his nickname because of the size of this chest. However, some argue that the nickname is because he was known to be cocky.

Major General Smedley Butler is well known as “The Fighting Quaker,” one of the most decorated Marines.

He received the Marine Brevet Medal as well as the Medal of Honor twice. Surprisingly, he is a voice against war.

His parents were pacifists, and Butler joined the military when he was 16 years old.

He started his service in Honduras before going onto Haiti.

Butler had a solid commitment to leadership and to the care of the men he commanded.

When he was 48 years old, he was known as the youngest of the major generals.

He argued against profiting from war, and he spoke honestly about his feelings.

Opha May Johnson is known as the very first female to become a Marine.

This era was even before women had the right to vote in this country.

She was 40 when she joined, and she ran the office of the quartermaster general. By the end of the war, she held the rank of Sergeant.

The war ended, so she was considered relieved of duties. Women were not able to join the Marines again until World War II.

Johnson goes down in history as the first woman to ever call herself a Marine, so she is on the list of most famous Marines.

Related Article – 18 Most Famous Navy SEALS (And 3 Controversial Ones)

Ronald Lee Emery was the actor who played that historical character. As it happens, Emery was a Marine Staff Sergeant.

Emory went on to host Mail Call on The History Channel as well as hosting a show on the Outdoor Channel.

He served in aviation before becoming a drill instructor in the Marines. He served in Vietnam, as well.

When he was 25, he fought at the Battle of Guadalcanal during World War II.

Paige and his platoon fought the Japanese.

At one point, he was injured, but he hid his injuries because he did not want to leave his platoon.

Also, when his gun was destroyed, he moved on and found another gun and kept firing until reinforcements showed up.

Furthermore, Paige had an entire emotional investment in the Marines.

In fact, even his great-grandchildren are enormous supporters of the Marines.

In the end, Paige is well-decorated with at least 13 medals and ribbons.

General Holland M. “Howlin’ Mad” Smith received his nickname because of his need to speak his mind without worrying about the consequences of what he says.

Smith was an exceptional leader in battle and contributed significantly to the United States military success in the Pacific during World War II.

Those who served under Smith loved him, but other military branches did not necessarily like Smith.

Also, Smith is considered the father of amphibious warfare.

His ideas did not line up with the current naval beliefs at the time.

However, Smith pressed ahead with his ideas and changed the landscape of amphibious warfare.

Better known as an actor, Harvey Keitel was raised in Brooklyn.

After high school, he briefly attended college, but he dropped out to become a Marine.

Harvey Keitel earned a medal for his role as a fire team leader in Lebanon.

Also, Keitel credits the marines for learning perseverance and endurance during his life.

After he left the marines, the actor started working as a stenographer while doing Broadway on the side.

Eventually, he landed his first big role as an actor

Before Ed McMahon became an actor, game show host, or a comedian, he was a United States Marine.

He was born and Michigan but raised in Massachusetts.

After high school, he put himself through college. All the while, he wanted to be a Marine fighter pilot, But you had to have some College before applying for the training.

Eventually, he made it to Dallas to go through flight training for the marines.

When his stint in the Marines ended, he joined the Marine Corps Reserves.

He was activated during the Korean War and flew over 80 combat missions in total.

Because of his combat experience, he earned several medals for his service.

Drew Carey is better known as a comedian and the star or host of TV shows.

In 1980, Drew Carey joined the Marine Corps as a reservist, and he served for six years.

He got his start in comedy while being a marine when he wanted to make some extra money. It was because of this he gained his comedian experience.

Drew Carey credits his overall look between his eyeglasses and his haircut to his time as a Marine. 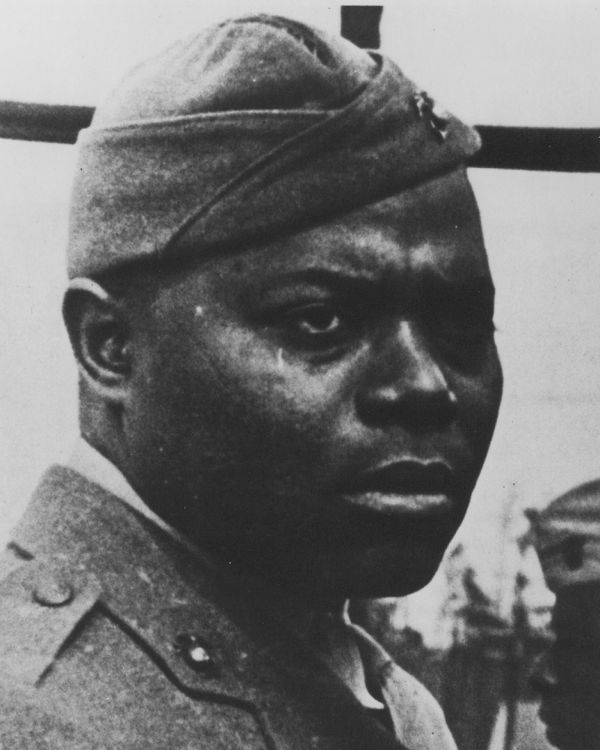 Our list of famous Marines includes actors, war heroes, and even talk show hosts. Check out our list of the most notable Marines to ever serve in the USMC.