Ever since I wrote an article on ‘How to check if someone was a Navy SEAL‘, I’ve been getting inundated with verification requests.

People have asked me if Mr. Rogers was a SEAL, Jesse Ventura, and a host of others.

The most recent request I’ve been getting is about a YouTuber that goes by the name of ‘MrBallen’ (real name John B. Allen).

I can report with 100% accuracy that MrBallen was indeed a Navy SEAL.

How do I know this?  Because none other than retired Navy SEAL Don Shipley has verified it.

For those of you who don’t know, Don Shipley was a SEAL for over 20 years and retired from active duty service in the early 2000s.

Since retiring, he has gone on to expose fraudulent Navy SEAL claims by imposters pretending they are SEALs when they are indeed not.

In a video posted to his new Youtube channel (Former Buds131) in June of 2021, Shipley confirmed that MrBallen (aka John Allen) was in fact a Navy SEAL.

Learn more about the SEAL turned Youtube scary-stories-teller below.

Who is John Ballen (I.E. MrBallen)?

After not really applying himself in high school, he somehow found himself in college.

He ended up dropping out of his first college, moving home before getting himself together and reentering college, and holding a part-time job.

At one point, Allen got to talking to a couple of family friends about becoming a Navy SEAL, and Allen aligned himself with the idea that making it through training would counter the bad decisions of his younger years.

After eventually graduating and meeting his wife, Allen joined the Navy and entered to two-year-long training pipeline of SEAL training.

MrBallen is a social media nickname instead of using his real name. However, a lot of viewers refer to him as the King of Spook because of the nature of the stories he tells.

If your find yourself suspended in disbelief listening to MrBallen’s stories, rest assured his stories are true.

In fact, Allen spends a great deal of time researching his stories before he even tells them.

Also, he delves deep into the background of each of the stories so listeners understand the context so the stories are easy to both understand and enjoy.

Furthermore, Allen’s stories are more than just entertaining and well-told. The stories are mysterious and often strange, making them fun to listen to.

Plus, Allen posts regularly, so there is always a new story to enjoy on his YouTube channel.

For instance, he has well on his way to five million subscribers. He averages 2.5 million views each month, as well.

He uploads approximately 5 videos a week, so there is always fresh content.

Plus, he spends a tremendous amount of time researching and learning the stories he tells before he records his videos.

As of right now, MrBallen has 4.55 million subscribers.

I’ve seen several posts on various forums like Reddit and others that have made the claim that MrBallen is paralyzed.

This is a complete and utter myth…he is in no way, shape, or form paralyzed.

If you dig deep enough, there are several photos / media of John B Allen standing perfectly fine.

Here’s just a couple of them:

For whatever reason, this myth continues to persist.

Rest assured, however, it is only a myth.

MrBallen is a YouTuber who is a retired Navy SEAL.

John Allen became a Navy SEAL after college, and he found himself injured while serving, and became medically discharged from the Navy.

Allen is married, and the couple has children.

When Allen became a civilian, he started working with nonprofits to help match veterans with business and job opportunities.

Also, Allen started a YouTube channel where he researches and retells fantastic stories.

MrBallen has millions of subscribers, and he uploads videos so often, there is always fresh content for his listeners. 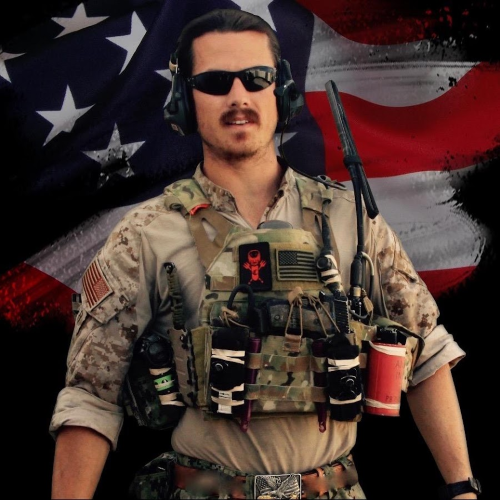