North Carolina is a popular destination for military families due to its abundance of military bases.

The United States Navy is the only military branch that does not have a presence in North Carolina.

We have gathered North Carolina BAH rates for every major city and military installation in the state.

Fayetteville is a popular destination for military families in North Carolina.

The region is home to two prominent U.S. Army installations:

Meanwhile, two other military bases are in the region:

Fayetteville has received the All-America City Award 3x from the National Civic League.

The North Carolina BAH rates for Fayetteville, NC include:

Learn more about the military bases in North Carolina.

Elizabeth City is a small community that is home to two important military installations of the United States Coast Guard:

Elizabeth City is not far from Virginia Beach and Norfolk.

The region is regarded as the “harbor of Hospitality” due to its historical significance in trade and military advancements.

Basic Allowance Housing (BAH) is distributed monthly and determined based on military rank and dependents:

Did you know Coast Guard Air Station Elizabeth is one of the largest USCG military bases in the country?

Related Article – List Of Coast Guard Bases In The US

Camp Lejeune is one of the most notorious military bases in the United States.

The direct access to the shoreline enables U.S. Marines to focus on amphibious assault training.

Jacksonville, NC is the nearest city in the area to the two military bases:

Learn more about the history of Camp Lejeune.

The Air Force Base is situated near Goldsboro, North Carolina.

The small community features a population of less than 40,000.

Furthermore, Goldsboro is not a far drive from Raleigh or Greenville for military families.

Wilmington is a notable port city in southeastern North Carolina.

Military families can find affordable housing in Wilmington which has been designated a “Coast Guard City” by the U.S. Congress.

Today, the city is home to the World War II battleship USS North Carolina with tours available to the public.

10 Tips for Kids of Military Families relocating to a new destination.

The small town of Havelock, NC is an option for military housing.

Moreover, the airfield is not far from Morehead City (which offers more housing for sale or rent). 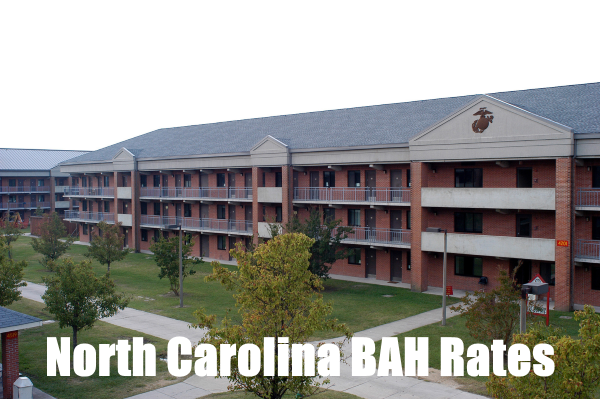