Colorado features a fairly high number of military bases for its size.

Perhaps you are considering moving to Colorado Springs, Pueblo, Aurora, or Denver?

Colorado Springs is the prime destination for service members.

It’s home to the largest number of military bases.

Moreover, nearby Pueblo is another consideration for affordable housing.

The military bases in Colorado Springs, CO, include:

It’s designed to make housing more affordable in a pricey state such as Colorado.

Colorado BAH rates vary depending on military rank and the number of dependents.

Learn more about the military installations in Colorado.

Aurora – a suburb of Denver – features Buckley Air Force Base.

The military installment has been around since the late-1930s.

It’s currently utilized by the U.S. Space Force which is freshly created and currently considers Colorado Springs its temporary headquarters.

Colorado BAH for Aurora/Denver are as follows:

The U.S. Air Force has a large presence in Colorado along with the recently minted Space Force.

However, Fort Carson is an exception as it’s operated by the United States Army.

Thus, you can find affordable housing both in nearby Colorado Springs as well as directly on the military installation.

Colorado Springs is once again your best destination for affordable housing: 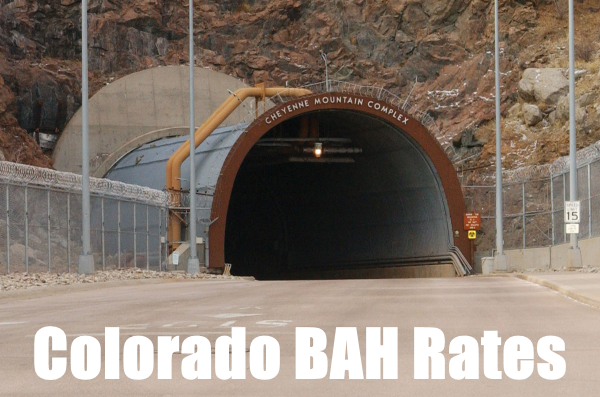