If you have a military background, you probably have heard lots of radio chatter. Therefore, you have likely wondered about the ‘Oscar Mike’ meaning.

The ‘Oscar Mike’ meaning depends on the context in which it is said.

The saying is radio operator jargon, and sayings such as ‘Oscar Mike’ are a way for radio operators to cut down on their radio time.

Ideally, those on the radio spend as little time as possible talking, so their position goes undetected.

After all, the whole point of most military missions is the enemy does not know where you are or what you are about to do.

The military uses the phonetic alphabet when communicating.

It is an ideal way to communicate the spelling of words when letters sound a lot alike.

For instance, the letter ‘B’ is often confused with the letter’ D.’

However, if you substitute ‘Bravo’ and ‘Delta’ for those letters, you will have fewer mistakes.

Also, the phonetic alphabet is standard in military shortcode or slang.

For instance, if you hear someone on the radio saying, ‘Tango Yankee,’ they are actually saying ‘Thank You.’

#2. Oscar Mike Meaning: On the Move

If you hear and wonder the Oscar Mike meaning, it is a way to say the unit is in the process of moving.

For instance, if there is a convoy, Oscar Mike’s saying means the convoy is on the route.

Sometimes the Oscar Mike meaning is ‘On Mission,’ which is very similar to ‘On the Move.’

However, depending on the context of the radio transmission, one translation may make more sense than the other.

There are several military radio jargon shortcodes worth mentioning.

Remember, these are not official, but they are universally known.

If you hear FUBAR, it means F**ked Up Beyond All Recognition.

Also, a Charlie Foxtrot, a personal favorite, is a Cluster F**k, which is an apt saying for any military branch.

Lima Charlie is a short way to say Loud and Clear, which is how a radio operator indicates they understand instructions.

Also, Tango Uniform means Toes Up, which indicates something or someone is destroyed or dead.

The last honorable mention is Whisky Tango Foxtrot, otherwise known as WTF, which is both a military and civilian favorite. 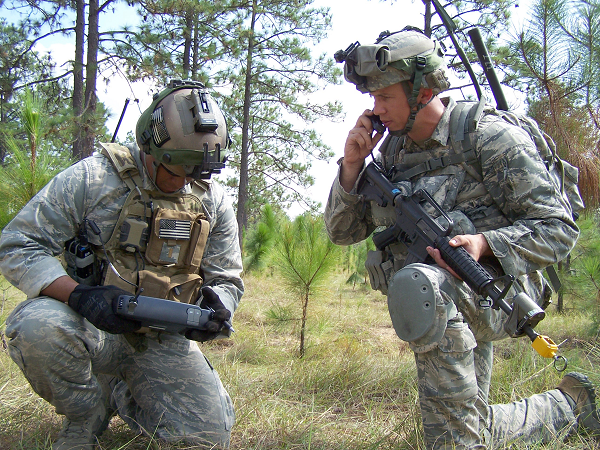 Find out what the military slang term oscar mike means, as well as several other terms used by those serving in the US military.