If you serve in the military or were ever a service member, you have heard and likely said the phrase ‘watch your six’ or some variation of the idiom.

The general meaning of the phrase ‘watch your six’ means to watch your back.

Also, if you think of a clock face with the 12-position being forward and you are facing forward, the six-position is at your back.

Therefore, your six is your most vulnerable position.

You can think about the term ‘watch your six’ as a straightforward way to communicate to someone to be careful or to watch your back.

Using times on a watch face as a metaphor to indicate the location is typical in the military. It is a lot easier to say ‘sniper at 2 o’clock’ than it is to interpret coordinates.

Related Article – Was He In The Military?

It is believed the phrase ‘watch your six’ began with World War I pilots.

The world was analog back then, and pilots referred to the front of the plane as their twelve, making the rear of the aircraft their six.

Also, to the right is the three and to the left was the nine.

Furthermore, since pilots need three-dimensional spatial awareness, you might notice the words ‘high’ and ‘low’ added to that terminology.

If you ever watched Top Gun, and if you have yet to catch this movie, stop reading and watch it immediately. You will hear Goose and Maverick regularly speaking to each other in this manner.

These days, ‘watch your six’ is frequently used by both those in the service and civilians.

There are other variations of ‘watch your six,’ and they have slightly different meanings.

If someone says to you, “got your six,” they mean they are covering your back.

In this context, you have less to worry about and can focus on what is in front of you, knowing someone has your six.

This level of trust is necessary in the military. Therefore, achieving a cohesive unit built on trust is one reason the military trains recruits the way they do.

If you are in a position where you hear ‘take care of your own six,’ it means you have to keep your head on a swivel and monitor your entire surroundings.

Also, ‘take care of your own six’ is spoken in the context of having someone watching your back.

However, you still worry about them monitoring their own. Meaning, you do not want anything happening to the buddy that has your back.

Check your six or check-six is a term that fighter pilots use to mean ‘look behind you; or ‘check your tail.’

In this context, the ‘six’ is the vulnerable position. It is in this position where the enemy could fire.

Therefore, you need to pay attention to who is coming up on your six.

‘Watch your six’ sounds very similar to ‘check your six.’

‘Check your six’ means visually identifying what is coming up behind you.

On the other hand, ‘watch your six’ is more indicative as trouble is about to go down.

If you are told to ‘check your six,’ it means you have trouble behind you that you need to attend to.

What Is A Navy Squid? 11 Slang Nicknames For Navy Sailors 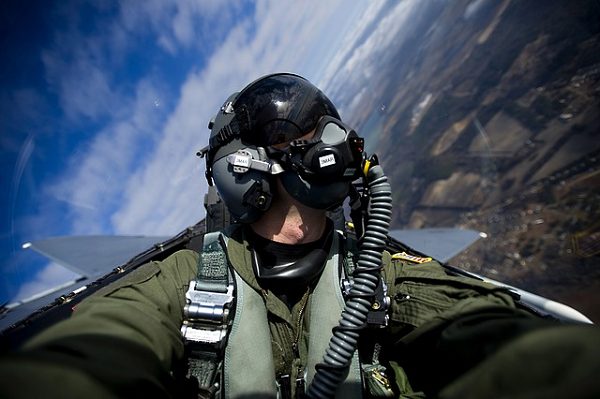 Learn more about the phrase 'Watch Your Six', including what exactly it means, its history, and the meanings of other variations of the phrase.