The American President holds the position of Commander-In-Chief, as stipulated by the U.S. Constitution to ensure civilian control of the Armed Forces.

Therefore, military service and/or background is not a prerequisite or Constitutional requirement for those elected to the presidency.

Here is a list of the 31 Presidents that served in the military and the 15 that didn’t.

By the time he was 23, he was in command of all troops in the Virginia militia.

In 1775, at the start of the Revolutionary War, Washington was made General and Command-in-Chief of the Continental Army.

Most historians agree that the American Revolution would not have succeeded without Washington’s strategic leadership.

He held this position as General until 1783, when he returned home as a private citizen and was then elected by unanimous vote as the first U.S. president in 1789.

At the beginning of the Revolutionary War, Jefferson was a colonel in the Virginia militia.

In 1775, he took command of the Albemarle County militia, an area in which he later built his Monticello home.

Though he was commander of the Orange County Regiment, he was in very poor health.

As a result, he was precluded from active military service.

As a member of the 3rd Virginia Regiment, Monroe distinguished himself on the battlefield and was wounded in Trenton during Washington’s Christmas Eve victory.

Though Jackson had no formal military experience, he was a quick, tough, and decisive leader, leading to his troops nicknaming him “Old Hickory.”

He was promoted to major general during the War of 1812.

His successful defense of New Orleans made him a “common man” hero among Americans, which led to his political popularity as well.

He served as a major general in the Kentucky militia at the outset of the War of 1812.

Harrison then took command of the Army of the Northwest.

In 1814, Harrison resigned from the Army and later received a gold medal for his victories during the War of 1812.

John Tyler (10th U.S. President) served as a military captain during the War of 1812.

Tyler was a member of the Virginia Militia in 1812 and was then elected to the House of Representatives.

Though his military service was brief, Polk was a member of the Tennessee militia and was later appointed as colonel on Governor William Carroll’s staff.

He served in the War of 1812, the Black Hawk War, and the Second Seminole War.

Taylor became a major general in the Army during the Mexican-American War.

In fact, it was his service during this war that earned him the reputation of national hero at its conclusion and helped to elect him president.

Millard Fillmore (13th U.S. President) served most of his time in the military after his presidency.

Fillmore was a strong supporter of Lincoln during the Civil War.

In 1961, as a major, Fillmore commanded the Union Continentals, which was a corps of male home guards over the age of 45 in upstate New York.

This corps trained to defend Buffalo and its surrounding area against a Confederate attack.

In addition to performing military drills, they participated in parades, funerals, and other ceremonial functions, including guarding Lincoln’s funeral train in Buffalo.

Fillmore stayed active with the Continentals until close to his death.

He entered military service as a private, recruiting men for the New Hampshire militia.

By 1847, Pierce was a brigadier general, leading victories in Mexico City.

However, he suffered an injury after being thrown from his horse, and missed the final victory at the Battle of Chapultepec.

Due to his injury, Pierce returned to his New Hampshire home in 1848.

James Buchanan (15th U.S. President) served as a private during the War of 1812, the last president to serve during that war and the only president who held an enlisted rather than officer rank in the military.

During the time of Buchanan’s service in 1814, he helped defend the city of Baltimore, Maryland, from the British invasion as a member of the Pennsylvania militia.

Before Abraham Lincoln’s (16th U.S. President) extraordinary leadership of the Union during the American Civil War, he was a captain in the Illinois militia.

Lincoln served for part of 1832, during the Black Hawk War.

In 1862, Lincoln appointed him to military governor for Tennessee.

Johnson then served as a brigadier general in the U.S. Army until 1865.

Ulysses S. Grant (18th U.S. President) was the first president to have attended a service academy.

He graduated from West Point in 1843, but did not plan to make a career of military service.

During Grant’s time in the Mexican-American War, he changed his mind and proved to be one of the most influential leaders of the Civil War and a symbol of Union victory.

In 1864, Lincoln appointed Grant as General-in-Chief.

Grant’s strategy to direct Sherman’s march across the South while he worked to defeat Lee’s army in northern Virginia led to victory over the Confederacy.

He reached the rank of major general, and during his active duty service he was elected to Congress though he refused to campaign for the office.

James A. Garfield (20th U.S. President) entered the Army in 1861 as a lieutenant colonel fighting for the Union during the Civil War.

In 1863, Garfield was promoted to major general and, at the time, he was the youngest officer to hold this position.

In December of 1863, Garfield resigned from the military to serve the U.S. House of Representatives, though he never actually campaigned for the position.

He was a member of the New York militia and eventually rose to the rank of brigadier general.

Though Arthur was related to members of the Confederacy, he fought on the side of the Union in the Civil War.

Arthur never fought in a battlefield position during his five-year military career.

He recruited volunteers for the Army in Indiana.

In 1865, Abraham Lincoln nominated Harrison for the rank of brevet brigadier general of volunteers.

Brevet was a type of military commission bestowed for outstanding service, promoting an officer to a higher rank without corresponding pay.

He enlisted in 1861 in the Union Army and achieved the rank of brevet major just before the end of the Civil War.

McKinley resigned from the Army at the end of the war.

Theodore Roosevelt (26th U.S. President) believed strongly in military service, and especially the importance of the Navy in terms of national defense.

In 1898, Roosevelt left the political world and organized the Rough Riders, a volunteer cavalry group to fight in the Spanish-American War, and was promoted to colonel.

Roosevelt was posthumously awarded the Medal of Honor in 2001 for his service in the Army while fighting in Cuba.

He was denied entry to West Point due to extremely poor eyesight.

Truman then enlisted in the Missouri National Guard, having memorized the eyesight test.

At the start of World War I, Truman recruited soldiers for his unit and was promoted to captain of Battery D in France.

He later achieved the rank of colonel in the Army Officer Reserve Corp.

He served in both World War I and World War II, from 1915-1948, exhibiting leadership and military skills that included several appointments and promotions.

Eisenhower is one of just a few to achieve the 5-star rank of General of the Army in 1944.

He also served from 1951-1952 as first Supreme Allied Commander of the North Atlantic Treaty Organization.

In 1952, Eisenhower retired from active duty to run for U.S. president.

He served from 1941-1945 and showed great leadership and courage during World War II.

He earned a Navy and Marine Corps Medal and a Purple Heart due to rescuing survivors after an attack from a Japanese warship.

Kennedy earned the rank of lieutenant before a physical disability caused him to separate from service.

Lyndon B. Johnson (36th U.S. President) served in the Navy.

He was on active duty status, beginning his service as lieutenant commander just three days after the attack on Pearl harbor in 1941.

Johnson served until 1942 when he was released from active duty.

He remained as commander in the U.S. Navy Reserve until 1964.

Though Nixon could have been exempted for government work and his status as Quaker, he served on active duty in the South Pacific during World War II.

When released from active duty, Nixon continued his service as a commander in the Navy Reserve until 1966.

Serving in the Pacific Theater during World War II, Ford’s ship was part of strikes and landings.

However, his ship was damaged by a typhoon and he was transferred to the Athletic Department at California’s St. Mary’s College and Navy Pre-Flight School.

Ford exited the U.S. Naval Reserve in 1946, at the rank of lieutenant commander.

He served on surface ship duty for two years and then applied to submarine service.

In 1953, he resigned just after the death of his father.

Reagan was called for active duty service during World War II, yet his eyesight precluded him from participating in combat.

Therefore, he spent the majority of his service in the Army Air Corps First Motion Picture Unit.

He was promoted to captain during his time in the motion picture unit.

George H.W. Bush (41st U.S. President) became the Navy’s youngest pilot at the time of his enlistment on his 18th birthday.

In 1944, Bush’s plane was shot down by Japanese fire over the Pacific Ocean, earning him the Distinguished Flying Cross for heroism under fire.

However, Bush did not receive any overseas duty during the conflict.

Presidents That Didn’t Serve In The Military

Here is the list of 15 U.S. Presidents who have held the office without prior service in the military.

Was Ron Desantis A Navy SEAL?

Was Bella Porch Really In The Military?

Was John Cena In The Military?

Was Mr. Rogers A Navy SEAL Sniper In The Military? 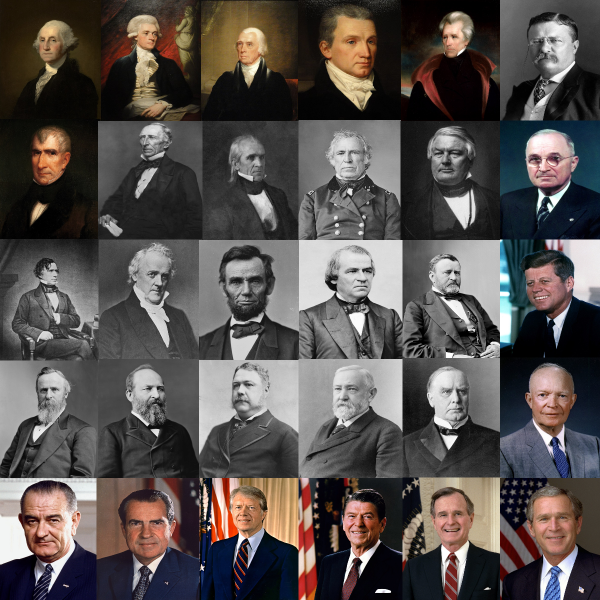