The Army reserves is the reserve component of the US Army, which is made up of both the Army Reserve and the National Guard.

Those serving in the reserves have a much smaller time commitment when compared to the active duty forces.

With that said, you will still get paid to serve in this capacity.

Like the other branches of the military, the US Army reserve pay is dictated by your rank and the length of time you’ve been serving.

See pay tables and charts for the US Army below:

Signing up for the Army reserves is not only a great way to serve your country, but there’s also a number of important benefits.

Besides the pay, you can qualify for free college benefits, potential lucrative careers in the civilian job market, and much more.

If you’ve been considering joining the Army reserves, but don’t know where to start, we recommend you get in touch with an Army recruiter near you.

They can lay out all of your options, and answer any lingering questions you may have.

Check out some of the pay charts for other reserve branches of the military, as well as informative articles, below. 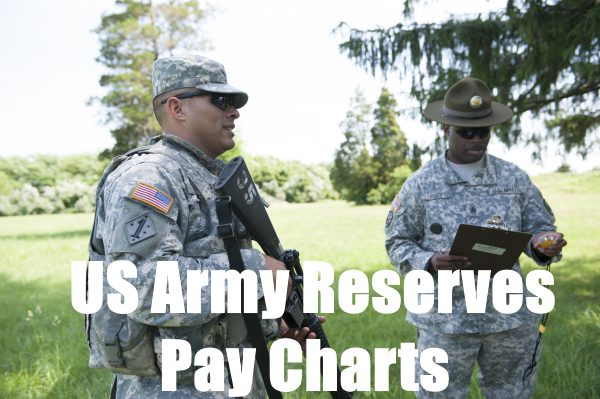 Learn more about the pay for US Army reserves, for enlisted, officers, and warrant officers. You pay in the Army is dictated by how long you've been serving, as well as your rank.