Our military is a fantastic option for many because of the educational and career opportunities. However, the military is not for everyone, and some become nervous and wonder about AWOL in the military.

There are several reasons for not following orders in the military, but there consequences that go along with not being on duty at the time assigned.

When a service member is not where they are supposed to be, they are either AWOL, a Deserter, or took an Unauthorized Absence.

However, with AWOL, there is not an intent to desert.

Essentially when a member of the Armed Forces is not where they should be, they are AWOL.

The Department of Defense defines and sets the criteria for those who go AWOL.

You are AWOL if you are late for duty, but being a few minutes late is likely to lead to a face-to-face conversation with your superior instead of confinement.

Also, you are AWOL up to 30 days before advancing to the next level.

Legally, you are AWOL if you do the following:

A court-martial is a punishment for being AWOL, but there are some leeway and discretion.

Also, the severity of the punishment depends on how severe the offense is and how your commanding officer feels about the problem.

If someone is AWOL for less than a month, you might expect confinement and having to forfeit some pay.

While the Army and the Air Force use the term AWOL, the Marines and the Navy refer to it as an Unauthorized Absence (UA).

Before the Uniform Code of Military Justice (UCMJ), there were different laws for each military branch.

The UCMJ calls it AWOL, and Article 86 of the UCMJ clearly defines the term as Absence without Leave.

Desertion may sound a lot like going AWOL, but there are notable differences.

When a service member abandons their duty station or post without permission without planning to return, the act is called Desertion.

In many cases, the service member goes AWOL without a plan to stay gone, but the act becomes Desertion after enough time.

The Uniform Code of Military Justice legally defines Desertion as a service member who, without permission, leaves their unit or assigned duty station with the intent never to return.

Also, the UCMJ continues its definition with a service member who leaves to avoid hazardous duty or otherwise vital service.

Furthermore, a service member cannot join a different military branch without mentioning they are still in the service.

Sometimes service members try to join foreign militaries without the United States’ permission, and that is Desertion.

Deserting during a war is punishable as Desertion under the UCMJ.

Also, if an officer gives their notice but leaves duty before the resignation is entirely accepted, they are deserters, too.

Typically, someone who goes AWOL and is gone for 30 days has the description changed to Desertion.

High Profile Examples of AWOL / UA / Desertion in the Military

Bowe Bergdahl began his military career by joining the Coast Guard, but he received an uncharacterized discharge within 26 days.

Next, he joined the Army and went to Afghanistan, but he struggled to cope during the assignment.

He went AWOL from his post and disappeared in 2009, and became captured by the Taliban.

The circumstances leading up to his capture are vague, but he obtained release in a prisoner exchange with the Taliban.

Once home, the military launched an investigation into his disappearance and subsequent capture, and Bergdahl received charges on two counts under the UCMJ.

The first charge was for Desertion during hazardous duty, and the other was misbehavior before the enemy that put other’s lives at risk.

Bergdahl received a dishonorable discharge, reduction of rank, and a fine, but he avoided incarceration.

Alan Gourgue was in the Marines, and when he started a family, he asked to switch from active duty to the Marine Reserve Unit.

He received his Honorable Discharge from the Marines and went to Miami because his wife was in labor.

One day the Marines eventually arrested him for Deserting his duty station as a Reservist.

It turns out, the Marines made a clerical error.

Therefore, the Marines released him after a month at Camp Pendleton.

However, in the meantime, he lost his job, and unemployment refused the claim because the job had a reason to fire him since there was an arrest.

We address some frequently asked questions below.

How long until a soldier is AWOL?

A soldier is AWOL if they are late for duty or even if they miss a doctor’s appointment.

The longer the time a soldier is AWOL, the tougher the penalties.

Also, a service member is considered AWOL up until 30 days before the designation switching to Desertion.

Is AWOL classified as a crime / federal offense?

This Article is considered a punitive Article, so there is an expectation that some punishment follows being AWOL.

AWOL is a misdemeanor, while Desertion is a federal offense.

Can I go AWOL from the military and get away with it?

It is unlikely you could go AWOL and get away with it.

However, there is room for a commanding officer to use their discretion.

For instance, if a service member has a good record before going AWOL, they come back on their own, were only gone for a short time, and have a valid reason for being absent, leniency is likely, to some degree.

If you compare this to a soldier with a history of delinquent behavior or show a failure to adapt to their assigned duty and are apprehended involuntarily, less leniency is likely.

What are the punishments for AWOL in the military under article 86?

While punishments depend on the severity, the UCMJ has guidelines.

Being late for duty or leaving before allowed might result in confinement for 30 days and a reduction in grade or rank.

Also, a month’s reduction in pay is normal. The same consequence goes for someone gone for less than three days.

If a service member leaves their guard post with the intent to return, they may face confinement for 90 days with a reduction in rank or grade and reduce pay for the same time frame.

Also, if the service member leaves their guard post with no intent to return, the result is a bad conduct discharge and six months of confinement.

Up to thirty days away from duty or unity results in six months of confinement and reduction in rank with reduced pay for the same period.

Also, if you are gone for over 30 days and must be physically apprehended to come back, there is 18 months of confinement and a reduction of rank or grade and pay.

However, if a service member remains gone for more than 30 days but you come back willingly, it results in confinement for a year with the same reductions and a dishonorable discharge.

What happens if you go AWOL from basic training?

The consequences for going AWOL from basic training are the same for all service members.

Once you sign your military contract, you are committed to fulfilling your time in service.

Therefore, the consequences are the same.

Is there a list of military members that have gone AWOL?

There is not a list of AWOL military members.

How can I report someone that went AWOL?

Suppose you know or believe you know the whereabouts of someone who went AWOL or who is a deserter.

In that case, you can report the location by contacting the Deserter Information Point for the specific military branch.

Are the rules the same for being AWOL in the National Guard or Reserves?

If you are in the Guards or Reserves, the consequences of going AWOL are different.

Because the Guards and Reservists fall under state jurisdiction, the states handle the punishment.

However, if there are many absences, it is called Unsatisfactory Participation, and the service member is likely to receive a discharge.

It is vital to mention that it is different if the Reserve or Guard unit mobilizes.

Failure to report for mobilization follows Article 86 of the UCMJ and will likely receive a separation under less than honorable conditions.

While the difference between AWOL military, Desertion, and Unauthorized Leave may seem small, there are notable differences.

AWOL is when a service member is gone from their duty station with the intent to return.

Usually, if the service member remains gone for over thirty days, the charge becomes Desertion.

AWOL and Desertion’s difference is that one is a misdemeanor and the other a federal offense.

Desertion being worse than AWOL. 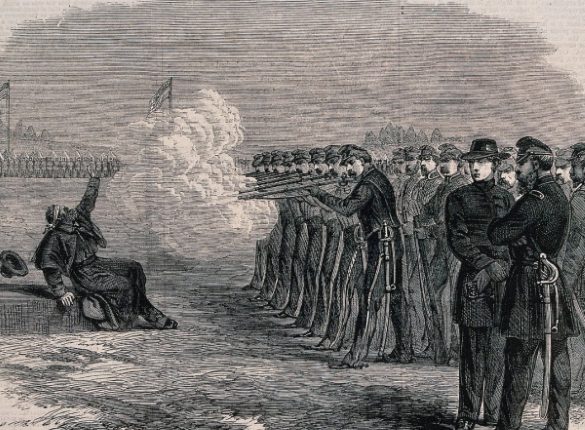 Find out the differences and similarities between AWOL, UA, and Desertion, including examples of each, and answers to frequently asked questions.