The Army, Air Force, Marines, and Coast Guard do not have bases in Australia, learn more about each base below:

Overall Mission: Since the Cold War, Pine Gap has served as a surveillance base.

It was known to the public as a “space research center”.

However, it was responsible for monitoring the signals of satellite and intelligence signals including microwave emissions, anti-missile, and anti-aircraft radars among others.

US Navy Base in Australia

Overall Mission: The only other US military base in Australia is the Naval Communication Station Harold E. Holt, located in Western Australia.

This base provides low frequency radio transmission communications to the United States Navy and the Royal Australian Navy.

This was a communication hub for ships and fleets located in the western Pacific and eastern Indian oceans. 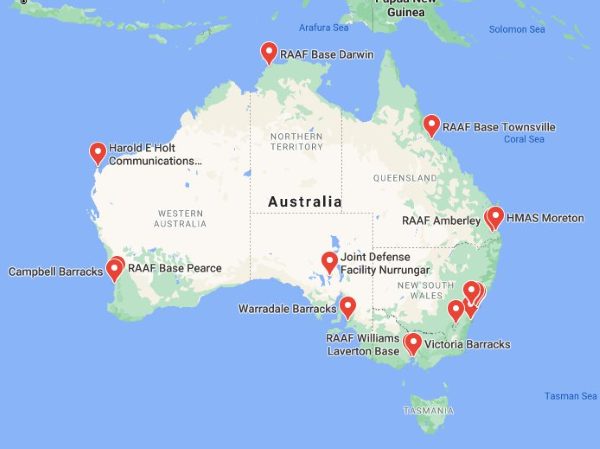 There are only 2 US Military Bases in Australia, and they are both fairly small in size. They include the Pine Gap Surveillance station, and the Naval Communication Station Harold E. Holt.