It is inevitable when a person signs up for the military, they are joining a whole new culture.

It may even be a shock compared to their hometown. Along with all the conditioning, weapons handling, and drilling taught during boot camp, culture and etiquette are also a must to learn.

There is a certain way a sailor must walk and talk when they finally get to the fleet and Recruit Training Command (RTC) is the first place new recruits learn this. In addition to being called to by rate and rank, often times sailors will hear these commonly used colloquialisms during casual conversation.

A term used in the old Navy (not the store), Squid is what other branches
(especially Marines) generally called sailors.

The term refers to the aquatic animal and how it can swim fast in a straight line but similar to inexperienced motorcyclists, have trouble quickly changing directions.

Back in the 1960s, it wasn’t uncommon for a sailor to spend their deployment money on motorcycles with little to no riding experience. Thus, the term squid, which swim fast but crash into everything.

Old school sailors would often get a Navy Squid tattoo etched on their legs or back, here’s a cool example:

The term isn’t tossed around too much in today’s Navy, but I’m sure you can hear an old Marine or 2 calling an old sailor in a VFW bar a squid occasionally.

Related Article – Navy Tattoo Policy: What IS And What ISN’T Allowed

A Squid and a Marine are in the bathroom peeing in the urinal, the Squid washes his hands and says smugly -in the Navy they teach us to wash our hands after peeing.The Marine looks at him and says in the Marines they teach us not to pee on our hands.

In the fleet, many enlisted members straight out of RTC or may be referred to as a “boot”.

As the term suggests, a recruit out of boot camp may hear this title with or without the intention of insult.

A sailor should take this nickname as a grain of salt and see it simply as an opportunity and motivation to gain more experience, volunteer for as much training that is available, and benefit from earning their warfare pins.

Hospital corpsmen are often called “Doc” due to their wide capabilities to treat injuries and save lives on the battlefield.

No, corpsmen are not physicians, but they do assist doctors and dentists.

Corpsmen are typically the first line of medical support for Marines and “Doc” is considered a term of endearment for the corpsman rating.

To take this title one step further, corpsmen can earn the unofficial title of “Devil Doc” by their fellow Marines in two ways.

The first is by passing the Fleet Marine Force test to earn an FMF pin, in which Navy corpsmen learn USMC history, traditions, and much more.

The second way is to take part in deployment with Marines and earn their Combat Action Ribbon (CAR).

“Frogman” is a title bestowed upon Navy divers that deploy on tactical assault missions.

The word was used by John Spence, an enlisted naval diver, noted as being the first combat “Frogman” in WWII. His training lead to the establishment of the Navy SEALs.

Check out the ballad of the Frogman here.

Related Article: BUD/S Class 234: Where Are They Now?

An enlisted sailor that becomes an officer in the Navy is often referred to as a “Mustang”.

A mustang officer can be a chief warrant officer, limited duty officer, staff corps officer, or a line officer.

The reference comes from the mustang horse, not being a thoroughbred. After being captured, a mustang can be tamed but may unexpectedly revert to its old ways and as a result the owner keep an eye on it constantly.

Yet, being a feral animal, it may have better survival instincts than their thoroughbred counterparts.

A “nuke” is the term used for sailors with any job dealing with the nuclear field in the Navy. Nukes constitute both enlisted and officers.

Electrician’s mates (EM), electrician’s technicians and machinist’s mates (MM) are three enlisted nuke positions. Sailors may also hear it used as “nuking” something when they are overthinking a simple task.

Being a veteran, I catch myself using this term constantly around my civilian counterparts and enjoying explaining its origin.

A retired sailor or someone with many years spent aboard a ship at sea in the Navy is considered a “Salty Dog.”

It is used by shipmates to show credibility in all ship-board matters. Often these experienced sailors are known as an “Old salt.”

Someone who knows his/her way around the Navy, has been in a long time, and has learned to cope with it while maintaining military bearing.

Extremely proficient in his/her job and doesn’t take crap from anyone!

Sailors often refer to submariners as “Sardines.” The term is derived from the packed and claustrophobic atmosphere of a nuclear-powered U.S. Navy submarine.

Every inch of a submarine is conserved.

Berthing areas are in short supply and often the torpedo room doubles as excess bunk room.

With more sailors than beds, the term “hot-racking” was created, where sailors either share bunks or sleep in shifts.

The Seabees were created at the beginning of WWII, to replace civilian construction companies that worked for the US Navy before WWII.

Prior to Pearl Harbor, the the Navy hired civilian contractors to build facilities all over the world.

Related Article: 5 Best Combat Jobs In The US Navy

When hostilities with the Japanese broke out, the US Navy could not arm civilian workers to protect themselves from snipers or invaders.

As a result, many civilians were killed.

The Seabees were formed within the Navy to bring in skilled construction workers and train them in Military tactics and how to protect themselves.

Therefore, they were now active military war participants and were armed while performing their construction tasks.

The Seabees were formed March 5, 1942 and have been an active part of the Navy ever since serving in every conflict around the world.

As their motto goes, “We build, we fight.”

Plainly speaking, a shipmate is literally what you call a mate on one’s own ship.

Being a U.S. Navy sailor means being more than just a part of a team, but also a family. Especially those who are stationed on ships, sailors are around their fellow shipmates for an extended period of time away from their own family and loved ones.

Over time shipmates share memories and develop a certain camaraderie. Many may say “shipmate” is a derogatory term, but it depends on the context of the conversation.

It can be used to address a sailor who has done something wrong or it can hold a sense of unity in the term.

Given commonly to sailors with the IT rating, Information Systems Technician, for enlisted personnel that specialize in communications technology and special operations.

They ensure proper security measures are taken place at all times and respond to immediate threats such as viruses.

ITs decipher information, operate and maintain global satellite telecommunications in the Fleet. 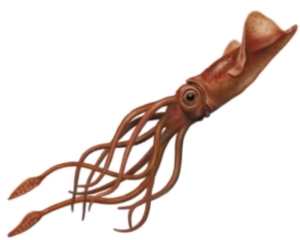 Just like other branches of the military, there are a ton of nicknames for various people in the Navy. Find out what they are, what they mean, and more.

One Reply to “What Is A Navy Squid? 11 Slang Nicknames For Navy Sailors”