If you are about to serve or are newly enlisted in the military, you might hear the term POG and wonder what POG military means.

Interestingly, the term POG goes back before World War I, but the term’s meaning evolves over time.

Today, the POG military term specifically refers to specific groups of soldiers in the armed forces.

What is a POG in the Military?

POG stands for ‘Person Other than Grunt,’ referring to literally anyone who is not a boots-on-the-ground soldier.

The term grunt refers to those typically in the infantry.

If you serve in the infantry, you are the sharp point on the spear and the first one through the ‘door’ during combat.

On the other hand, a POG refers to all of those who support grunts.

For instance, common POG MOSs include anything considered non-combative.

For instance, food service specialists, maintenance, anything administrative, and supply/logistics are all POGs.

The POG military term origins are a bit mysterious.

Some believe POG originates from the term pogue, which means ‘kiss.’

Those who stayed on shore had the opportunity to kiss all the girls at home, so those who did not see combat were pogues.

Although, when you look at the term ‘grunt,’ which is the opposite of POG, ‘grunt’ came into existence during the Vietnam War.

At that time, the word ‘grunt’ referred to those who did less-desirable jobs and were usually dirty, smelly, and performed more dangerous obs.

Grunt may have begun as a derogatory term, but it quickly morphed into a source of pride for infantry troops.

Since the Vietnam War, the terms and feud between Infantry and POGs are commonplace.

Is Being a POG Military a Bad Thing?

While those in POG-related MOSs may catch some jokes, the jobs POGs do are of value.

For instance, grunts would have difficulty completing their jobs without the pushed paperwork, access to medical, or maintenance on gear or equipment.

Also, the skills acquired in a POG MOS tend to have tremendous value in the civilian world.

Plus, I guarantee you there are plenty of soldiers who value having a lower risk of combat-related injuries and death as well as access to air conditioning.

Ideally, all service members recognize the importance of everyone’s role in the big scheme of military service to keep the jokes impersonal.

After all, every grunt will appreciate a POG dishing up a hot meal after dining on MREs for days on end.

Related Article – What is a Navy Squid? 11 Slang Nicknames for Navy Soliders

There are several other sayings similar to POG.

Essentially, anyone with an easy job outside of combat is a REMF.

Those who strictly follow and enforce the most minor and inconsequential regulations are Shoe Clerks. This remark is seldom said in good spirits.

Along the same lines as POG, WOG means ‘without guns’ or ‘without guts.’ Typically, WOG refers to the same people as a POG.

If someone calls you a boot, it is likely because you are fresh out of boot camp and still lack combat experience.

Also, if you are new to a unit or of the lowest rank, you might also hear the term ‘boot’ thrown at you.

Furthermore, if you hear FNG, it means ‘[email protected] new guy.’ This term is along the same line of thinking as boot.

While the term POG is derogative, its intention is often light-hearted.

That being said, if a POG takes themselves too seriously, the term POG is not going to land nicely.

A POG refers to someone in the Armed Forces whose MOS keeps them out of combat.

POGs typically know their jobs have value, and many in the infantry understand that while they make the bullets fly, supply has to get them the bullets in the first place. 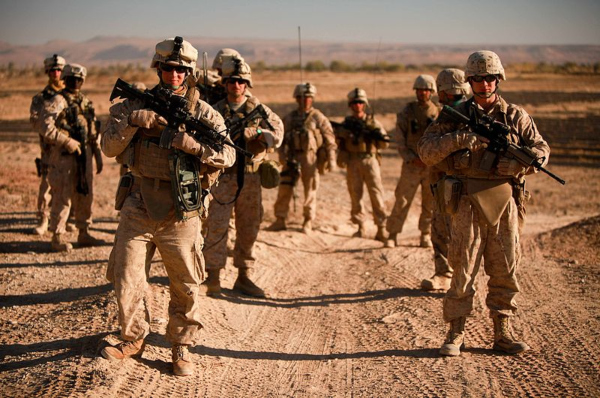 Find out what the term POG is in the military, including its origins, whether or not it's a bad thing, and 5 other military sayings commonly used.