WWE, or World Wrestling Entertainment, is the well-known association of professional wrestling.

They offer an extremely generous military discount on event tickets to give back to those who serve.

WWE has ran under a variety of names throughout the years, but the organization started in 1953 under a man named Vincent J. McMahohn, as a worldwide heavyweight wresting tournament.

Over the years, it began turning into something much bigger. WWE started hosting matches more often and in more locations throughout the world.

They expanded to including more and more wrestlers and now, many females are even represented in the matches.

Today, WWE is hosted in over 150 countries, and the matches and tournaments are available for fans to watch from home through Pay Per View programs.

These Pay Per View programs are some of the biggest happenings in the WWE world, though fans also often enjoy live matches in person and an organization-wide streaming network.

As WWE has hit the big screen, the fan base has expanded greatly. There are many wrestlers who have earned fame in the organization today, all with wide fan bases behind them (from all corners of the world).

What Is The Official WWE Military Discount?

WWE gives back to military members in a variety of ways. The largest, however, is by providing free tickets to live events for service members in the United States.

Military members can get a free ticket to a live event by simply going into the box office and showing their valid military ID on the day of the event.

Most military discounts just give a percentage off, so this free entry deal is definitely something worth taking advantage of.

Live events that qualify for the deal include WWE Raw and Smackdown Live. Pay Per View matches and tournaments are not eligible for the deal.

Is There A Military Discount On WWE Merchandise?

Along with hosting live wresting events, WWE also sells a variety of wrestling merchandise. These items are available on their website, which you can view by clicking here.

They sell a wide variety of items, including apparel for men, women, and kids. As for types of clothes, they have everything from shirts and pants to winter gear, accessories, socks, and shoes.

Some merchandise is general WWE-themed, and other items represent specific wrestlers, matches, and events.

They truly have something for every WWE fan.

Unfortunately, the WWE merchandise does not have a military discount option at this time.

If you’re looking for other ways to save on WWE merchandise, you may want to check out their clearance section here.

Their website also has a scrolling banner at the top of the page that advertises limited-time percentage-off deals. These are a great way to save if the product you’re looking for happens to be on sale.

Lastly, when you visit the WWE merchandise website, a pop-up window will appear. If you type your email in the box, you’ll get a discount code sent to you that you can use to save on just about any full-price purchase.

Even though WWE merchandise does not offer a discount to those who serve at this time, these other ways to save will allow you to get a pretty good deal on their professional wrestling-related gear.

How Else Does WWE Give Back To The United States Military?

WWE’s commitment to giving back to military members doesn’t stop with their free tickets to live events.

Some big names who have performed on the show in past years include Trace Adkins, Kid Rock, Flo Rida, and Disney’s The Muppets.

The live version of the event is typically hosted at a military base, and service members and their families are invited to enjoy the show in person.

WWE also often visits troops overseas, at military bases around the world, and at military hospitals. Some WWE wrestlers have even joined military members during their routine workouts to show their support and gratitude for everything the service members do for our country.

Who Can Claim The Free WWE Tickets?

The free WWE tickets are available to all current military members.

This includes those who serve in the Air Force, Army, Navy Marines, and Coast Guard. Military members who hold Active Duty, Reserve, and National Guard roles can all claim the deal.

Unfortunately, the free tickets are not available to veterans, retired military members, or military family members at this time.

As we mentioned earlier, the only WWE product that is available with a military discount is the free ticket option for live events.

There are no discounts on WWE merchandise at this time.

The deal is not available for Pay Per View matches or tournaments, such as SummerSlam or WrestleMania.

It is also not available on the WWE steaming channel.

A valid military ID is needed to claim the deal.

WWE also suggests calling ahead of time to reserve tickets if a large group of military members is planning to go to an event together, just to make sure there will be enough space.

Overall, the free tickets to live events for military members is an extremely generous deal, and it is definitely something that is worth taking advantage of.

It’s unfortunate that there’s no deal on merchandise or Pay Per View, but the generosity in other areas makes up for it.

If you live near an upcoming WWE event, be sure to head to the box office before the match to claim your free ticket. 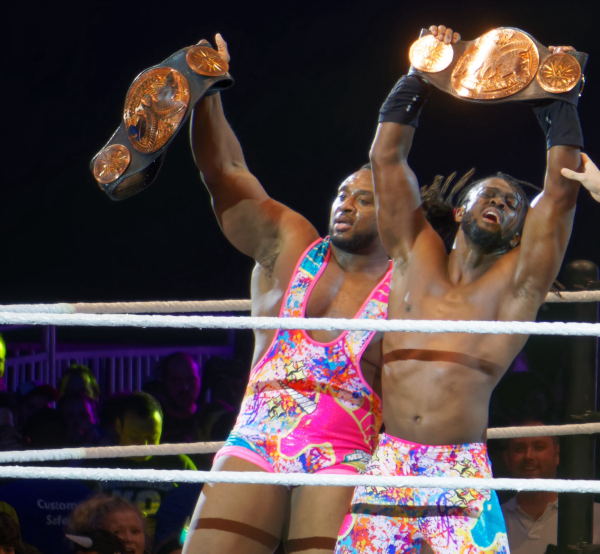 The WWE is one of the finest in terms of how they give back to members of the US military. It includes free tickets, as well as other perks.