There are many advantages to joining the United States Army.

Did you know that you can also receive special pay for serving the country?

The U.S. Army offers signing bonuses and other opportunities to receive financial incentives based on the type of service.

Learn more about the Army bonus list with incentives that could earn you hundreds or thousands more in special pay!

There are many other ways to earn additional cash through the Armed Forces in addition to Basic Pay.

The Army offers one-time bonuses for several things such as:

You can earn thousands in Army bonuses based on your Military Occupational Speciality (MOS) and special training that you complete.

Soldiers can also receive added pay for completing special training, taking on another responsibility, or having served in the Armed Force beforehand.

The initial payment for new recruit Army bonuses is made upon arrival at your first duty station, after completing basic training and AIT training.

The remaining bonus amount is earned in two annual increments.

Keep in mind that Army bonuses change frequently based on the needs of the military branch.

Speaking with a local Army recruiter can provide you with more details on special pay and bonuses:

New recruits can earn up to $40,000 in enlistment bonuses!

The amount of your enlistment bonus depends on the length of the contract and the desired Military Occupational Specialty (MOS).

The Army offers incentives for signing up for a longer tour such as a four or five-year commitment.

For example, a two-year agreement in Active Duty followed by two years in the Army Reserve qualifies you for a $5,000 bonus.

A series of bonuses may get combined to equal up to $40,000, but keep in mind that every new recruit doesn’t see that much money.

The amount of your bonus largely depends on your MOS with certain high-demand military jobs receiving bonuses from $3,000-$15,000.

The Army bonus list of high demand MOS jobs varies depending on current shortages or demands.

Additionally, you may receive a Civilian Acquired Skills Bonus along with an enlistment incentive.

The Army rewards new recruits that possess civilian skills that are in high demand in the military, such as proficiency in a foreign language or X-Ray certification.

The Civilian Acquired Skills Bonus might earn you an extra $5,000.

A local recruiter will have the most up-to-date information on current Army bonuses.

Along with a financial incentive directed toward enlisting in the military, the Army also provides a Quick Ship Bonus.

The Quick Ship Bonus outlines that you can earn an additional $12,000 simply for agreeing to train within 30 days of enlistment.

The good news is all that these bonuses can get combined with other bonuses, so you can add the Quick Ship Bonus to your Enlistment Bonus for additional earnings.

One of the more exciting enlistment bonuses for new recruits of the Army to consider is the Airborne Enlistment Bonus.

The Army Airborne School is an exciting yet challenging training program where you get the once in a lifetime opportunity to parachute out of airplanes.

However, it’s a difficult school to complete and many recruits don’t make it.

Additionally, soldiers that continue training to become an Army Ranger have the opportunity to receive up to $20,000 after completing the Ranger Indoctrination Program.

The Army bonus list is not just limited to active duty service members.

You may be eligible for up to $20,000 in bonuses for joining the Army Reserve.

The bonus allows you to serve part-time while receiving a hefty incentive.

Additionally, officer candidates for the Army Reserve may qualify for additional bonus earnings.

However, you need to complete Army OCS training and commissioning before receiving up to $20,000 in bonuses.

Sometimes the MOS is high-risk and dangerous, or there is a big demand to fill positions.

For example, the Army currently offers up to a $40,000 cash bonus to become an Army Human Intelligence Collector (MOS 35M) or Cryptologic Linguist (MOS 35P).

A recruiter has the most up-to-date Army bonus list for Military Occupational Specialties that offer special pay.

Another hidden advantage of serving the military that most people don’t talk about is the means to finance your education.

The military is really good about providing financial aid to students looking to get vocational certificates or college degrees.

The Army will repay up to $65,000 of your current outstanding student loan debt as an enlistment bonus.

There are requirements for the Army Loan Repayment Program bonus which you’ll need to discuss with a local recruiter.

Have you served in the military before?

Prior service members with an Army rank of Specialist (E-4) or below are eligible.

You must meet the following stipulations:

The amount of a reenlistment bonus is dependent on the critical demand of the MOS or job skill.

The Army also influences the rate of the military bonus based on the amount of additional service time the soldier agreed to in a contract.

Related Article – Military Star Card Review: Worth Signing Up For?

The Army bonus list is designed to give you an idea of how much extra you could earn joining the military.

The U.S. Army allows you to combine bonuses, so depending on your skills, training, and desired MOS you could earn thousands more in special pay.

Contact a local Army recruiter for more information about the special bonuses currently being offered.

The Army does change its list of bonuses depending on current demand and needs. 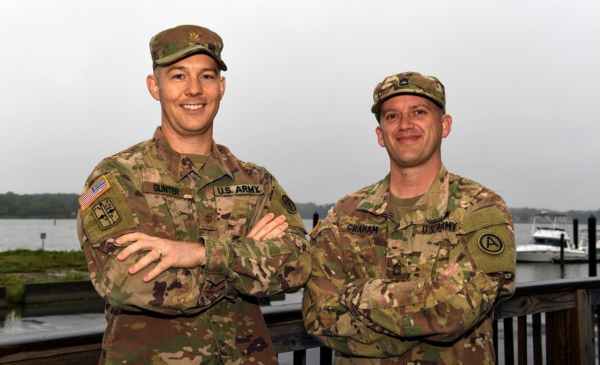 The US Army provides numerous bonuses to help encourage you to signup, as well as retain you for service. So a list of Army bonuses that are currently offered.