The first thing people ask you when you come home from Army basic training (or BCT for short) is:

Like most things in life, it is a matter of opinion, but most people will honestly say it was pretty hard.

With the exception of the few boastful who will write off the experience as “easy,” which it goes without saying that they’re lying.

In Army basic training, you find yourself in situations you would never have imagined you would be able to get through, but then you get through it.

There isn’t any feeling better than when you accomplish something that you thought you couldn’t accomplish going into it.

Minus the bravado and machismo, here is my take on Army basic training.

Army basic training is the 10-week initiation process of the United States Army.

Once you have been recruited and processed through your local Military Entrance Processing Station (or MEPS, for short), you will have a report date to ship to Army basic training.

Your recruiter will give you a packing list and you will report to the recruiting station with your luggage.

Related Article: Do Army Recruiters Get A Bonus To Get You To Sign Up?

Once you’ve reported to your recruiters they will bring you to your regional airport and you will fly towards the base you will be training at.

There are 4 Army basic training locations in the United States:

The flights are commercial flights and you will be flying to the airport nearest the base of training.

I served as an Artilleryman and like most of us “Fisters” and “Gun Bunnies” I was sent to Fort SIll, Oklahoma for both Army basic training and Advanced Individual Training.

When I landed in Oklahoma City International Airport I was directed to report to the reception office that was located in the airport itself.

Related Article – List Of Army Bases In The US

There we waited as dozens of other recruits arrived. By the early evening, all of the recruits scheduled to arrive had reported and we were placed on buses heading towards Fort Sill. 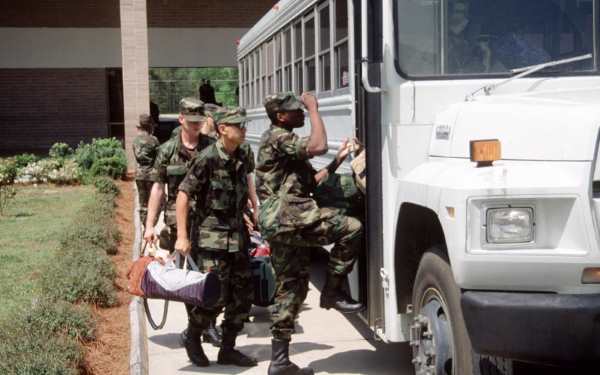 Everyone has their moment of anxiety when they realize that this is actually happening and there is no going back now.

Mine was when the buses pulled up to the imposing gate of Fort Sill and the Military Police boarded to verify our identities and check us into the base. 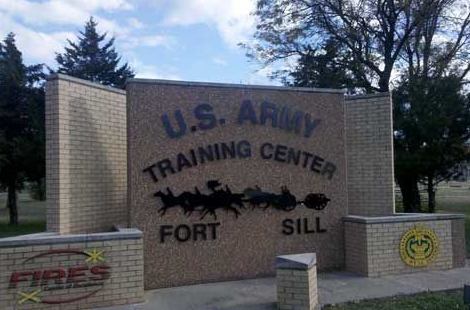 It took a while for the MPs to verify our identities and the sun had set.

Related Article: 6 Ways To Check If Someone Was In The Military / Verify Military Service

I sat there in the comfortable bus seat thinking about how in a matter of minutes I would not experience said comfort for the foreseeable future.

The buses started to move again and we arrived at the reception area of the base. The drill sergeants mounted the bus and escorted us to a briefing room. 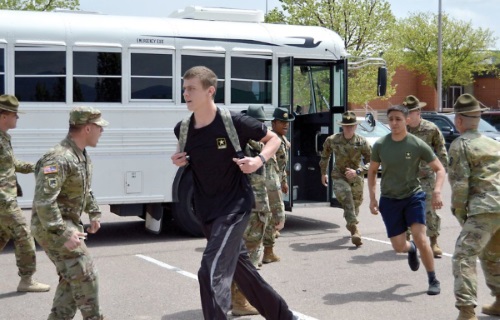 We sat in the chilly room as they presented us with various documents and a powerpoint explaining what was expected of us and what we could expect from our time in Army basic training.

After the brief, we began the arduous process of reception, which included things like: 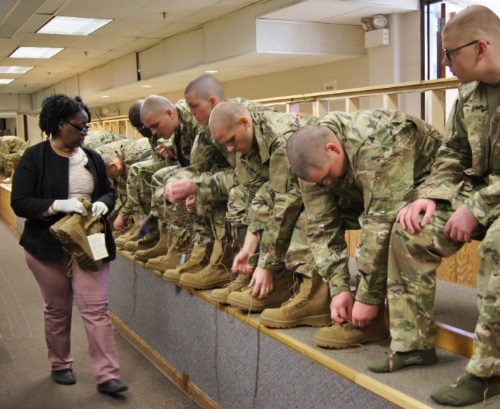 At your reception battalion, you will learn the basics of drill and ceremony, rank structures, uniformity, and other basic soldiering skills that will prep you for Army basic training.

Reception is also a lot of paperwork, a lot of medical exams and vaccinations, and it is where you get that infamous buzz cut that all recruits receive. 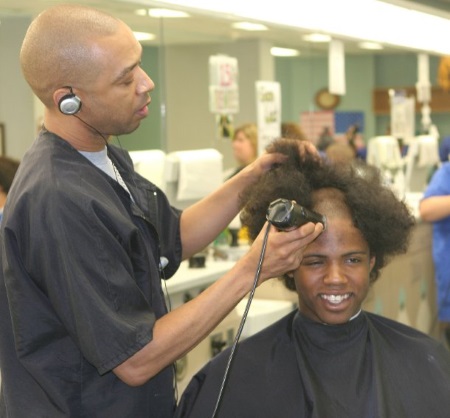 If you show up to Army basic training with a shaved head, they will still shave your head regardless. Save your time and money and don’t cut your hair before you ship.

Once the in-processing is complete, the reception battalion will hold a formation ceremony to transfer command of the recruits to the BCT training battalion.

Upon completion of the ceremony you move to the training area of the base and are officially in the shark tank.

The 3 Phases Of Army Basic Training

BCT is broken up into three different phases:

Red phase is the starting phase and is typically considered the hardest part of training.

The entire phase, which is 3 weeks long, is devoted to constant calisthenic exercise and you will be spending much of your time in the push-up position.

The drill sergeants will train you how to march and be a part of a formation, the importance of teamwork, run you through obstacle courses and team challenges, and you will do the intense events like rappelling and zip-lining.

There’s also gas chamber training, which is about as fun as it sounds.

White phase, which is also 3 weeks long, comes after the completion of Red Phase and focuses almost entirely on rifling and weapons training.

You will be expected to qualify and become a marksman of the M4 carbine as it is the standard weapon of the US Army soldier, as well as the M249 squad automatic weapon, the M240B crewserve machine gun, the M2 mounted machine gun, and the M67 fragmentation grenade.

The weapon systems are imposing but after weeks of continuous training on them you will become not only comfortable with them, but proficient.

Finally comes the Blue Phase, which is where all your training culminates into a series of field training exercises that simulate deployment conditions and tasks.

Operating out of forward operating bases you will training clearing rooms in prop towns, conducting land navigation lanes, moving as a platoon and squad across terrain, moving while under live fire, convoy operations, and much more.

This is where most recruits have the most fun as you are finally doing what they do in the commercials.

You’ll also be required to complete the APFT and meet the basic standards, including height and weight standards.

Upon completion of Blue Phase you will officially be a soldier in the US Army after the initiation ceremony conducted by your training company. 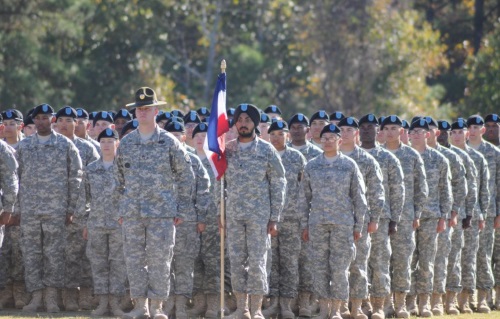 The final days of Army basic training are spent turning in your training gear, prepping for your next training cycle at Advanced Individual Training, and spending time with family that has been invited for the graduation ceremony and a tour of the training you endured.

Where is Basic Training for the Army?

How long is Army Basic Training?

Army Basic Combat Training (BCT) lasts for 10 weeks and consists of three phases. The first is devoted to fitness, the second is focused on rifle training, and the third comprises field training.

What can I expect at Army Basic Training?

Upon reception at Army Basic Combat Training, you’re receive your gear, get measured for boots, get your uniforms, and then be assigned to your barracks. Males will have their heads shaved, and then you’ll begin physical training.

Do you go home after Army Basic Training?

While you may be able to spend some time with your family during the BCT graduation ceremony, your assignment to AIT (Advanced Individual Training) generally starts the next day, depending on the location and travel time. Learn more about AIT here.

Do you get free time in Army Basic Training?

During Army BCT, you’ll get some time every day for downtime, but most recruits use it to keep their gear inspection ready. You may also get a pass or two toward the end of training.

While Army basic training is hard, it is always something you will look back on with pride and remember the fun you had, even when it wasn’t very fun at the time.

So if you asked me “How hard was it?” I would say it was challenging, at the time it was terrible, but if I could go back in time I would definitely do it again.

Learn more about Army Basic Combat Training, or BCT, including a brief overview, red, white, and blue phases, and more.

24 Replies to “How Hard Is Army Basic Training? One Soldier Tells His Story”