One reason a recruit joins the Army is for access to educational opportunities.

The Army offers several educational benefits to its soldiers, and the Army Concurrent Admissions Program (ConAP) is just one example.

There are many reasons why a soldier benefits from being well-educated, but the benefits do not end with the soldier.

Both the Army and the local community benefit because educated citizens are more productive.

Related Article – Joining the Military at 30: How To Enlist In Your 30’s

The Army Concurrent Admissions Program is a working partnership between the Army Recruiting Command and nearly 2000 colleges.

By increasing the number of soldiers in college and assisting soldiers in using their available educational benefits offered by the Army, ConAP meets its mission.

Army soldiers, veterans, and reservists are eligible for ConAP, and recruiters explain the program to new recruits during their orientation.

Those in the Future Soldier Program are also eligible.

However, National Guard members are not eligible for ConAP.

If you are Active Duty Army, you have the option of enlisting for two to six years.

If you are in the Army Reserves, you must enlist for six years to qualify.

Related Article – Does the National Guard Pay For College?

2. How Does Army ConAP Work?

When a soldier meets with a recruiter and signs up for the Army, they have an opportunity to fill out an intent to enroll for a particular college.

A soldier’s first step is to work with a recruiter submit a College Referral and Intent to Enroll Form to the college of choice.

This Army ConAP intent form is filled out before basic training.

Usually, the college is in the soldiers’ hometown or regional area.

However, with so many colleges with online degree plans, the location is flexible.

Also, many active-duty Army soldiers work on their degrees while serving.

Once contacting the college, the college will check to ensure the soldier meets requirements.

However, the program’s design itself and the coordination between the Department of Defense, Army Recruiting Command, and the college itself make the process easy for the soldier.

While in the Army, the program works to give college credit to relevant military experience.

Colleges and Army ConAP use the American Council of Education Guide to the Evaluation of Educational Experiences in the Armed Service to give credit for training and experience.

As the soldier transitions to college after the Army or pursues a degree while serving, they build up college credit concurrent with their service.

For instance, a soldier serving in Military Police might seek a degree in Criminal Justice. The soldier would earn college credit for their experience and training in the Army.

There are participating colleges and universities in every corner of the United States.

The Department of Defense recently revamped the system they use from a program called the Servicemembers Opportunity Colleges to the DoD Voluntary Education Partnership.

The new program addresses the issues of lost credits from transferring between multiple colleges due to moving.

Many new recruits join the Army because of the generous educational benefits.

A new recruit will learn about the Army Concurrent Admissions Program (ConAP) from their recruiter.

After signing a statement of intent for a specific college or university, the soldier will earn college credit relevant to future degree plans.

This program streamlines the process to eliminate problems with losing credits when transferring schools, and the program helps coordinate other Army educational benefits.

Also, the program’s design increases the number of soldiers pursuing a college degree, which benefits the soldier, the Army, and the community. 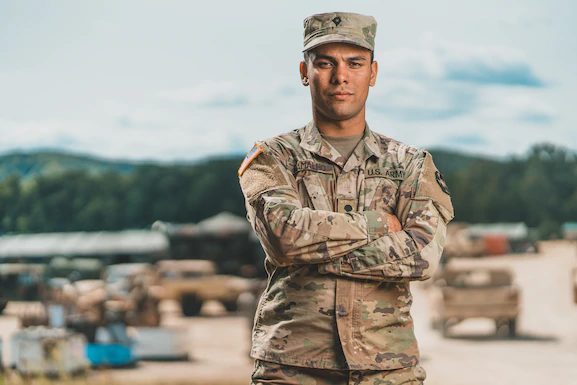 CONAP is one of the many educational opportunities the Army offers to their Soldiers. Learn more about the Concurrent Admissions program here, including a list of colleges and schools involved in the program.