Army MOS 18X is the Special Forces designation for the military branch.

The Army uses a Military Occupational Specialty (MOS) to define your job, or military role, while you serve the country.

Learn more about the various military careers and the steps you can take to join Army Special Forces.

The Army Special Forces represent an important segment of the military with the most highly skilled combat soldiers.

What is an 18X contract?

Those that choose to pursue a career in Army Special Forces have the enlistment option of code MOS 18X.

It essentially gives you an opportunity to attend assessment and selection (SFAS) for Special Forces.

However, it does not guarantee that you will become Army Special Forces, only the opportunity.

Together, the two training programs last 17 weeks where you remain with the same unit to build camaraderie.

Recruits also have the opportunity to progress to Army Airborne School and Army Jump School in Georgia.

Then, recruits advance to Army Special Forces training which consists of five phases.

What jobs fall under the 18X designation?

It allows you the opportunity to explore the Military Occupational Specialities (MOS) of special forces.

The status enables you to depart for One Station Unit Training (OSUT) along with other specialty schools.

The Army established MOS 18X to provide eager candidates with the means to join special forces without having to serve in the Army for a few years prior to qualification.

It does take into account your background, physical and mental aptitude, as well as the current needs of the military branch.

The most frequently asked questions regarding MOS 18X:

Can you enlist straight into Special Forces?

Some recruits are selected to go through Basic Training after qualifying with a 100 in Combat and 110 on the General Technical portion of the ASVAB. Recruits that fail to complete Special Forces training are transferred to the infantry MOS.

What ASVAB score do you need for 18X?

The Armed Services Vocational Aptitude Battery (ASVAB) is a series of tests that every new recruit of the U.S. Armed Forces must complete.

It determines your specialties based on test performance.

Those that seek to enlist as MOX 18X must score a minimum of Combat (CO): 100 on the ASVAB.

You also need to score a minimum of General Technical (GT): 110.

How long is the Army 18X pipeline contract?

The Army MOS 18X contract is a long-term agreement.

For most recruits, it takes at least two-and-a-half to three years to complete.

The timeframe accounts for everything from One Station Unit Training (OSUT) to Airborne School and Q School.

The final stage of training is known as the Special Forces Assessment and Selection (SFAS).

Consequently, plan on about three years for the MOS 18X contract before receiving a permanent assignment and new Special Forces MOS.

What’s the success rate for the Army 18X program?

It is important not to give your hopes up about joining the Army Special Forces as a new recruit.

While the MOS 18X program is designed to fast-track recruits to Special Forces without having to serve a first or second tour with the regular Army, it is not always the case.

In fact, the success rate is not extremely high for MOS 18X recruits.

Very few new recruits without any previous military experience make it through the 18X program without dropping out.

Most recruits drop out at Airborne School or SFAS training.

The success rate is also not that high for current active-duty soldiers seeking a transfer to MOS 18X (about 70%).

However, your best bet is to consider a MOS associated with special forces, such as Army Infantryman (MOS 11B) or Combat Engineer (MOS 12B).

It is not to suggest that surviving MOS 18X is impossible, but very few new recruits make it all the way through.

The 18X recruitment option is a fantastic opportunity and quickest means of becoming SF (Special Forces), but it also has the baggage of representing the highest failure rate.

What’s the minimum and maximum age to join 18X?

The Army requires that recruits interested in joining MOS 18X be at least 19.

However, you also need to have turned 20 by the conclusion of One Station Unit Training.

Therefore, the most appropriate option is to wait until you’re at least 20 before enlistment.

On the other hand, the Army cuts off the eligible age at 30 for Special Forces.

You also need to meet other requirements to qualify for the 18X enlistment option.

One of the big requirements is scoring a minimum of 260 on the Army Physical Fitness Test in the 17-21 age group (even if you are older than 21).

One recommendation is to consider postponing MOS 18X enlistment for a few years.

Most recruits that enter MOS 18X as soon as possible lack some life experience and therefore may get burnt out easier in such a challenging and demanding training environment.

Are there any enlistment bonuses for 18X?

Despite MOS 18X option being enticing for a once in a lifetime experience, the financial incentives are not incredibly amazing.

However, that is not to suggest that you won’t receive some type of enlistment bonus.

The best person to speak with about an enlistment bonus is a local Army recruiter.

You can also reach out to an Army Reserve Career Counselor (ARCC), as they are also knowledgeable on the subject.

However, most of the big enlistment bonuses revolve around highly specialized Military Occupational Specialities (MOS) that are outside of Army Special Forces (SF).

What’s the contract length for 18X?

The 18X contract is a long-term plan.

It could potentially vary based on your personal discussions with an Army recruiter.

However, most Army MOS 18X contracts are a minimum of six years.

It allows plenty of time to complete training (plan on three years) along with a first permanent duty assignment.

You can voluntarily request to leave the contract before the termination date if you seek to leave SFAS for regular service.

Navy SEAL training is much more rigorous and has a higher attrition rate. Green Berets, or Special Forces is the second hardest U.S. military training program.

Which is harder training, Army Ranger or Special Forces?

Although Special Forces has been open to women since 2016, only one has been selected and passed Special Forces training, becoming the first female to become a Green Beret as of February 2020.

Army MOS 18X is a designation for recruits interested in joining Special Forces.

Active-duty personnel, as well as new recruits, may opt for the specialty training program.

While it does not guarantee you a position in Army Special Forces, it does grant you a chance.

You’ll need to complete OSUT training along with Airborne School and SFAS training.

Training under the designation MOS 18X can help you land a prestigious and rewarding career in Army Special Forces. 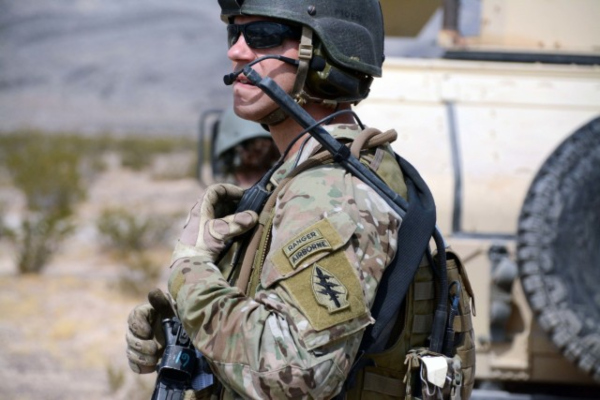 Learn more about Army 18X MOS, including jobs that fall under the 18x designation, necessary ASVAB scores, how long the contract is, and more.