Army MOS 11X is a broad term that refers to infantry specialities within the military branch.

Some military specialities are combat-related while others do not experience direct conflict with an enemy force.

Army MOS 11X are soldiers that are literally on the front lines of combat engaging with an adversary.

Learn more about two of the most important military careers you can serve as part of MOS 11X.

Army MOS 11X is a general term which describes the primary combat-related Military Occupational Specialties (MOS) in the military branch.

The two most common infantry specialities are:

MOS 11X serves as the quintessential “backbone” of the U.S. Army.

When you think of the Army probably the first thoughts that come to your mind are ground soldiers like MOS 11B and MOS 11C.

Secondly, Army MOS 11X designates the starting point for several advanced schools of the Army, including:

There are various requirements and training required to serve the military in the job field MOS 11X.

Thanks to their being more than one infantry-related military speciality in the Army, soldiers have the option to determine which one is best suited for their goals and ambitions.

While both military specialities are on the front lines of the Army and an excellent selection for soldiers looking to see combat, there are a few primary differences between the two jobs.

Army Infantrymen (MOS 11B) serve as the primary land combat force in the military branch.

The military speciality goes by the nickname “Eleven Bravo.”

Land navigation is also a priority for MOS 11B soldiers along with reconnaissance missions.

The Army merges Advanced Individual Training with boot camp for MOS 11B.

Together, the two types of training require 14 weeks of dedication before officially getting recognized as Army Infantryman MOS 11B.

Read the full job description of Army Infantryman – MOS 11B.

Army Indirect Fire Infantrymen (MOS 11C) serve on the mortar squad as opposed to MOS 11B which are more riflemen.

An Indirect Fire Infantryman supports the squad or platoon by preparing, loading, and launching mortars at enemy targets.

Mortar support allows other ground troops like Infantrymen (MOS 11B) to advance on enemy forces.

Here are the most frequently asked questions about Army MOS 11X:

Army MOS 11X is the overall term for the infantry job field.

It involves multiple Military Occupational Specialties including MOS 11B and MOS 11C.

Meanwhile, Army Infantryman (MOS 11B) is an actual military job title with a specific list of duties and responsibilities.

Those serving in the Army as an MOS 11X can expect to be potentially based at one of the following duty stations:

Those that are interested in joining the infantry division of the U.S. Army need to take the Armed Services Vocational Aptitude Battery (ASVAB).

The ASVAB is a series of tests like what you would take in high school which helps determine what your strengths and weaknesses are in terms of knowledge.

For example, someone that is more mechanically inclined will perform way better on certain parts of the ASVAB compared to another individual that is more “right-brain” and might excel in other Military Occupational Specialties.

Speaking with a local recruiter provides you with more details about the ASAB, and how to perform well on the test.

Option 40 is an enlistment option that new recruits have the option of selecting.

The military track begins at One Station Unit Training (OSUT) after completing the initial boot camp.

OSUT training focuses on the different specialties between soldiers becoming MOS 11B compared to 11C.

Option 40 also gives recruits the option of attending Airborne School and The Ranger Assessment and Selection Program (RASP 1) if you are seeking to join an elite force.

Option 40 is an exciting option yet many recruits do not make it through all the demanding training.

Failure to complete the training allows the Army to remove you from the track and assign you wherever the military branch has needs for service.

However, it is an exciting way to join the Airbourne School or become a Ranger if you have the right mindset and dedication.

For example, an MOS 11B soldier receives boot camp training along with AIT training.

Meanwhile, a more advanced Military Occupational Specialty (MOS) would require a soldier to go through boot camp before leaving a BCT training compound to focus on AIT training at another facility.

As a result, your Drill Sergeants also remain with you through both types of training.

Since soldiers do not need to relocate for OSUT, the purpose is to foster more camaraderie within the ranks.

10. What determines which route you will go to in the Army?

First, you need to qualify for a MOS 11X specialty like Indirect Fire Infantryman by scoring high enough on the ASVAB and meeting other basic requirements.

Then you need to survive One Station Unit Training to remain in the Army.

Your performance at OSUT will determine job placement for your first permanent assignment.

Those that choose Option 40 have the freedom of considering specialty training programs like the Army Airborne School as well.

Therefore, you could end up serving the Army in a non-combat MOS, field MOS 11X specialty, or advanced specialty like Army Ranger depending on your performance.

11. How much do Infantryman make in the Army?

The Army pays personnel according to their rank and time in service. A new recruit can currently expect a monthly base pay of about $1,700 after Basic Training.

12. Does the Army Infantry get a signing bonus?

13. What branch of the service offers the highest signing bonus?

Currently, the U.S. Army is offering a large number of signing bonuses for positions in the infantry, rocket launching systems, fire control specialists, and more.

14. What MOS should I enlist under to join Army Special Forces?

Army MOS 11X refers to the job field of infantry specialties in the military branch.

Learning about the different MOS 11X job roles can help you decide which combat military specialty is best suited for your desires and ambitions. 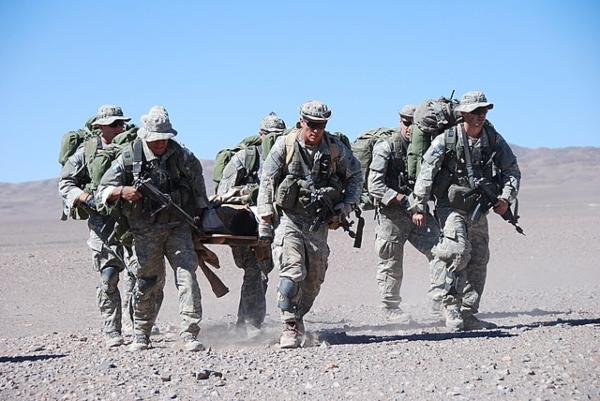 Learn more about 11X MOS, including the various infantry MOS' you can join in the Army. Includes details on 11B and 11C, and much more.