The military has its own way of doing things, and every branch has its expectations regarding conduct and traditions.

However, some recruits face an entry-level separation at the very beginning of their new career.

New recruits go through training to learn this new way of life and become a part of the military’s culture.

Training is challenging, and it includes a lot of regulations and rules to which to conform.

Most new recruits experience a degree of discomfort due to the shift in thinking, but some recruits find adapting impossible.

1. What is an Entry-Level Separation?

An entry-level separation occurs before a person completes 180 days of service to their branch of the military.

In this type of administrative discharge, there is no distinction between the character of separation.

Other military discharges have a distinct discharge character, such as honorable or dishonorable, and the character defines how you conducted yourself during your service.

However, an entry-level separation gives a reason instead of a character of separation.

2. Reasons for An Entry Level Separation

There are several reasons for an Entry Level Separation.

Typically, an ELS is due to a failure to adapt.

A failure to adapt is a term used to describe a variety of behaviors.

In some cases, a service member does not have the aptitude or the discipline for success in the military because of difficulty following orders or being late to the formation.

Sometimes a service member struggles with training, and the best course of action is to separate.

Also, an ongoing lack of effort or minor discipline problems adds up to separation.

In other cases, psychological problems come to light during those first 180 days, and separation makes the most sense.

The criteria are different depending on the branch of the military.

The Air Force will discharge an Airman due to unsatisfactory performance within the first 180 days.

The ELS may also happen if there was a 92-day break in service before the 180 days begins to count again.

These performance problems include a lack of aptitude for the military’s environment and the inability to make an effort necessary to finish training.

Entry Level Separation for the Army

The Army has similar reasons for an ELS as the Air Force, although there is a provision for those who become pregnant during the entry-level period.

The policy extends to those within the 180 days of continuous active duty.

There may be a 90 day split between active duty in some cases, and a recruit may still meet the 180-day provision.

Entry Level Separation for the Marines and the Navy

The Marines have the same period with 180 days with or without a 92-day break or split between active duty times.

The Marines separate any recruit who cannot finish training under the ELS unless there is a more serious issue that warrants a characterization of discharge.

Also, the Marines look for opportunities for counseling and rehabilitation.

The Coast Guard has the same expectations for behavior and medical conditions as the other military branches.

The Coast guard expects recruits to demonstrate proficiency, conduct themselves well, and have an aptitude for the military life.

Recruits who do not exhibit the expected qualities receive an ELS separation within the first 180 days of continuous active duty status.

4. Consequences of an Entry Level Separation

Assuming the ELS is not due to a more severe issue such as a failed drug test or a more severe pattern of concerning behavior, you are likely to not suffer long-term compared to someone with a dishonorable discharge.

You may face some scrutiny for federal jobs and more stringent background checks, however.

Several factors contribute to the length of time to process an entry Level Separation.

Paperwork is gathered, and documentation goes to a legal department before reaching your commander.

An ELS can take a couple of weeks to months, depending on your unique situation.

We address some frequently asked questions below.

No, an Entry Level Separation is different because there is no honorable or dishonorable character.

Therefore, it is neutral.

7. Does an Entry Level Separation Show up on a Background Check?

If your background check asks if you ever served in the Armed Forces, you will need to answer honestly.

Depending on the job itself, they may not ask for reasons behind the separation.

Although, if your job includes security clearance, it is likely to come up.

8. Can You Reenlist in the Military After Getting an Entry-Level Separation?

Typically, yes. However, if the reasons for the ELS is due to a newly discovered medical or mental condition, you may be blocked from other branches, as well.

Your DD Form 214 will have an enlistment code.

If the number is a one, you can reenlist.

However, if you have a different number, check with a recruiter about applying for a waiver.

9. Can I Get a Security Clearance If I’ve Had an Entry Level Separation?

You can still get a security clearance after an ELS.

You must disclose the separation honestly.

Also, a lot hinges on the reason behind the separation.

If it was due to a minor issue since resolved, you may be fine with your background check.

However, if it was due to a pattern of more serious behavior, there might be trouble with the clearance.

10. Are You a Veteran with an Entry Level Separation?

The criteria for veteran status for the VA are a discharge “under conditions other than dishonorable.”

Therefore, someone with an ELS may receive some benefits.

Although, the United States Government recognizes a veteran as someone with 180 days or more of consecutive active duty.

An Entry Level Separation happens when a new recruit is unable to adapt to the military within their first 180 days of service.

Typically, this happens during the initial recruit training, and there are a variety of reasons that lead to an ELS.

An ELS doe not have a characterization of honorable or dishonorable, which means it is a neutral discharge.

The government does not recognize those with an ELS as veterans because this occurs before the 180 days of duty are complete.

However, the VA may qualify those with an ELS for some benefits.

In many cases, those with an ELS may reenlist at a later time, and a recruiter can talk to you about those expectations.

Also, it is unlikely a service member with an ELS will suffer any long-term consequences due to an Entry-Level Separation. 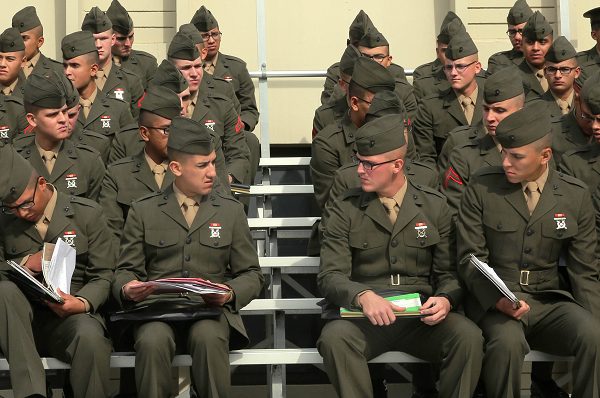 An Entry-Level Separation is a type of separation that happens before you complete 180 days of service in the military. Learn more about an ELS, including the consequences of getting one.