In 2015, the Defense Secretary signed a directive to open all military jobs to women regardless of the level of danger those jobs possessed, and this directive includes female Navy SEALs.

Beginning in 2016, women have the opportunity to receive an invitation to attend the SEAL training pipeline.

Since then, 5 women received an invite to attend, and three women stepped up to attend SEAL training.

With that said, as of June 2021 there are no female Navy SEALs.  Why is that, exactly?

Throughout this article, we’ll discuss everything you need to know.

1. Are Females Allowed In The Navy SEALs?

The Navy SEALs got their start during World War II, officially known as the ‘scouts and raiders’.

With that said, it was not until the 1960s when the SEALs were formally founded.

During World War II, a group of Navy and Army service members worked together to recon beaches and help guide assault waves while landing.

Over the years, the group continued its operations on special missions.

The official beginnings of the SEALs happened during the Vietnam War when President Kennedy realized we needed unconventional warfare to ensure success.

Today there are 10 active SEAL teams, and each team has over 200 service members, including those who support the SEALs.

It was not until June of 1948 where women could join the Navy as regular service members. Before 1948, women primarily worked as nurses and in administration.

It was not until the 1970s where women began to take on leadership roles and into aviation.

However, there was what was called the ‘risk rule’ that made combat roles off-limits to women.

It was in the 1990s when women had access to direct combat roles except for submarines.

With that said, the submarine rule changed in 2010.

In 2016, the Department of Defense opened all military positions to women with no exceptions. From this point forward, women have the right to attempt the SEAL program.

The standards for female Navy SEAL trainees are the same as males. There are no special considerations due to physical ability or limitations, which is a good thing.

BUD/S is a place to weed out those that don’t have what it takes, or wouldn’t make good Navy SEALs to begin with.

To get into BUD/S, one needs to take the physical screening test, or PST.

Here are the events and minimum (and competitive) standards for enlisted and officers:

Also, the success during the pipeline of training is not just about physical ability. Plenty of physically capable candidates cannot handle the mental stress and strain of training.

Again, the standards for male and female Navy SEALs are the same throughout the process.

Those who survive BUD/S move onto SEAL Qualification Training, or SQT.

SQT is a 26-week course designed to get you fully prepped for life in the SEAL teams.

Upon completion of SQT, the candidate will then become a full-fledged Navy SEAL, and be assigned to either a SEAL team or SDV team.

3. Are There Currently Any Female Navy SEALs?

As of today, we do not have any female Navy SEALs. However, a woman did complete the SEAL Officer Assessment & Selection (SOAS) Program in 2019.

With that said, she went through the selection process and did not list SEAL as her first choice for military service.

Instead, she received the assignment of her first choice, explosive ordnance disposal (EOD).

Also, other women did receive an invite to attend the SEAL pipeline.

Three women made it to SOAS, but so far, only one female has successfully completed the SOAS program.

As we mentioned earlier, she did not ‘class up’ with a BUD/S class and attempt to become a SEAL.

4. Will There Ever Be A Female Navy SEAL?

The odds of successfully completing SEALS training are not in anyone’s favor, no matter their gender.

Also, the Navy has no intention of altering the training to accommodate candidates’ abilities. Therefore, women go through the same training as men.

The qualifications for age, eyesight, and ASVAB score are the same for men and women.

With all of that said, I would be remiss to not point out the fact that there are big differences between the genders when it comes to physical and athletic ability.

I could go on and on, but I think you get the point.

When it comes to Navy SEALs, or Special Operations in general, this disparity in physical ability presents the same problems.

The difference is, pushing for women to join the SEALs could get someone hurt, or possibly even killed.

5. What Do Current Navy SEALs Think Of Women Joining The Teams?

By and large, active duty and retired SEALs seem to be overwhelmingly against the idea of allowing women to become Navy SEALs.

From the interviews I’ve watched on Youtube or read on various forums, it appears that the ones that think it’s a good idea tend to be on the younger side (i.e. ‘Millennials’), while the ones rejecting the idea are part of the old guard.

With that said, nearly all agree that the standards should not be lowered for women.

If they were, it would have a negative impact on the teams in general, making them less effective as a fighting force.

In my personal opinion, every decision the US Military makes should boil down to one simple question:

Does this make us a more effective fighting force or not?

If it does, I say go for it.  If it does NOT, it should be discarded and possibly revisited down the road.

So far, only a handful of women took on the challenge of the SEAL training pipeline to be female Navy SEALs.

To date, only one woman found success in completing the initial training.

However, she opted not to join the SEALS. Instead, she received her first choice of assignment post-training.

The Department of Defense opened combat roles to women in 2015, so since 2016, women can apply as a candidate.

SEAL training is a challenge no matter the gender. The SEALS are currently all men, and on average only 20% of candidates successfully complete the grueling training.

The Navy is not likely to ever change the physical and mental requirements for women who attempt the training.

Is it possible that we’ll see a female Navy SEAL in the future?

Unlikely, but anything is possible!

Note: If any SEALs are reading this (which I know some are), tell us why you think there should (or shouldn’t) be female Navy SEALs.

I’d be happy to approve your comment in the opinion section below! 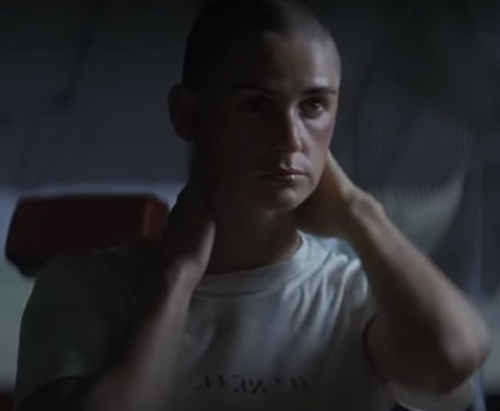 Despite combat roles being open to women since 2016, to date there are no female Navy SEALs. We discuss the reason behind this and more.