Uniforms are an integral part of all branches of the U.S. Armed Forces and its members, from the lowest to highest ranks.

They are a source of pride, honor, history, and unity for each service member, military branch, and the U.S. military as a whole.

Dress uniforms are worn for formal and ceremonial occasions in accordance with regulations that demand precision and exactitude for every uniform element, head to toe.

Here is an explanation of the dress uniforms worn by each military branch.

When an event requires formal attire, the Army Dress Blues are the proper uniform to wear for both enlisted soldiers and officers.

Such occasions may include national holidays, funerals, weddings, parades, and certain military ceremonial events such as a military ball or dining-in.

Like all the branches of the U.S. Armed Forces, there are strict regulations and procedures for the wear and appearance of Army uniforms and insignia.

This is especially true when it comes to Army Dress Blues, which are considered one of the best military dress uniforms.

Each element of the uniform must be affixed, worn, and displayed with perfect attention to detail and adherence to official guides and regulations.

Any misplaced, incorrect, missing, or improperly worn uniform item is not just a poor reflection of the service member and their dedication.

Unfortunately, it is a poor reflection of the military organization as well.

Soldiers may wear unit awards, combat and skill badges, full-sized medals, and ribbons that they have earned on the Army blue coat.

In addition, the Army blue coat must feature an identification badge, regimental insignia, branch insignia, hash marks (which denote length of service), and any overseas service bars if appropriate.

In 1791, the Secretary of War issued the first uniform instruction for the U.S. Navy.

Today, Full Dress Navy uniforms are worn for official ceremonies, funerals, weddings, and other events that fall between the least and most formal occasions.

When wearing Full Dress, ribbons are replaced with full-sized medals above the left breast pocket.

If there are ribbons or decorations without corresponding medals, they are worn on the right side.

Officers and Chief Petty Officers are authorized to wear swords or cutlasses in Full Dress uniform.

Dinner Dress uniforms are worn for the most formal Navy occasions.

The variations of Dinner Dress uniforms include:

Enlisted sailors with the rank of petty officer first class or below have optional Dinner Dress Jacket uniforms.

However, they may wear their Dinner Dress uniform instead.

The Air Force Mess Dress uniform is worn for formal or semi-formal occasions, comparable to a civilian’s “black-tie” dress code.

Since August 2020, women in the Air Force have the option to wear mess dress trousers or an evening-length skirt of similar color.

The mess dress jacket includes ornate silver buttons and is worn with the service member’s awards.

There are no hats or name tags worn with the Air Force Mess Dress uniform.

Enlisted Air Force personnel usually wear the same large rank insignia that they do on their service dress coats.

Shoulder boards for colonels and below feature the officer’s rank insignia in raised metallic thread.

This is bordered by two silver vertical metallic stripes that are similar to a sleeve braid.

Silver stars in raised metallic thread are worn in the number appropriate to the General officer’s rank.

Of all the current U.S. military uniforms, the Marine Corps Dress uniforms have been the longest in service.

In fact, the Marine Dress Blue uniform has been essentially worn in its current form since the late 19th century, with just a few changes.

They also happen to be the best military dress uniforms the US military has to offer.

The Marine Blues are the only uniform in the Armed Forces that is designated to include the colors of the U.S. flag: red, white, and blue.

The Marine dress blue trousers feature a scarlet red stripe in commemoration of those who bravely fought in 1847 at the Battle of Chapultepec.

There are many variations of Marine Corp dress uniforms.

Blue Dress A is a variation featuring a midnight blue coat with a standing collar.

For enlisted Marines, the coat has seven gilt buttons, red trim, and it is worn with a white web belt.

Women in the Marines wear pumps in place of dress shoes and they may wear a skirt instead of slacks.

In addition, a blue cloak with scarlet lining is optional to wear.

Marksmanship Qualification Badges are not worn with this uniform.

Other variations of this uniform include:

The exceptions would be Marine Recruiters and Marine Corps Security Guards who would potentially wear the C and D uniforms during warm weather.

In addition, Marine One pilots may wear the C and D variations in place of their flight suit.

This uniform is similar to the Blue Dress uniform.

However, the trousers, slacks, or skirt are white rather than blue and do not feature scarlet stripes.

This uniform follows the tradition of musicians such a buglers and signal callers who would distinguish themselves from the infantry by reversing their uniform colors.

The Evening Dress uniform is elaborate and considered the most formal, comparable to civilian “white tie” wear.

Evening Dress is usually only worn by officers and senior NCOs (non-commissioned officers).

However, this uniform is only required for senior officers which include majors and above.

Evening Dress A consists of an evening coat with ornamentation on the sleeves, collar strip, white waistcoat, and white shirt with piqué bib for male officers.

Female officers wear a mess jacket with a scarlet collar, a white dress shirt, a red cummerbund, and a long skirt.

Miniature medals and badges are worn with this Evening Dress variation.

Miniature medals and badges are also worn with Evening Dress B.

Male staff non-commissioned officers wear a mess jacket that is semi form-fitting with a black bow tie and sky-blue trousers.

Senior female NCOs wear an identical Evening Dress uniform as female officers except for the sleeve ornamentation and placement of rank.

Senior male and female NCOs both wear jackets with the rank insignia of the historic 1890s era, sewn on the sleeves.

The first versions of the current Coast Guard Service Dress Blue and Tropical uniforms were introduced in 1974.

Before then, the Coast Guard uniforms closely resembled those of the Navy.

The Full Dress Blue uniform for this service branch is similar to the Service Dress Blue Alpha.

This uniform consists of:

However, the Full Dress Blue features full-size medals rather than ribbons, white gloves, and a sword for officers.

In addition, no name tag is worn and if a ribbon does not have a corresponding full-size medal, it is worn over the right breast pocket where the name tag would normally be placed.

White shoes are worn with these dress white uniforms.

For Dinner Dress uniforms (Blue and White), the regulations are the same as Full Dress Blue and White except miniature medals and badges are worn rather than full-size.

In addition, for Dinner Dress Blue, a black bow tie is worn instead of a blue necktie.

The Space Force (USSF) is the sixth and newest branch of the U.S. Armed Forces.

It was established by the 2020 National Defense Authorization Act and falls under the leadership of the Secretary of the Air Force.

The mission of this branch is to provide space capabilities and protect U.S. and allied security interests in space.

In addition, the USSF will provide tactical support to ground combat units through geo-positioning data, etc.

Therefore, with such a strong Air Force connection and affiliation, USSF uniforms are nearly identical to those of the Air Force, for now.

However, the Space Force is currently undergoing uniform tests to set themselves apart visually as a unique and independent military branch.

This means that USSF uniforms are being designed, tested, and set to regulations before they are widely released to service members.

In the interim, the Space Force Dress uniform is the same as that of the U.S. Air Force.

However, it is differentiated from the Air Force Dress uniform by the lapel insignia which features a U.S. Space Force distinction for members of the USSF. 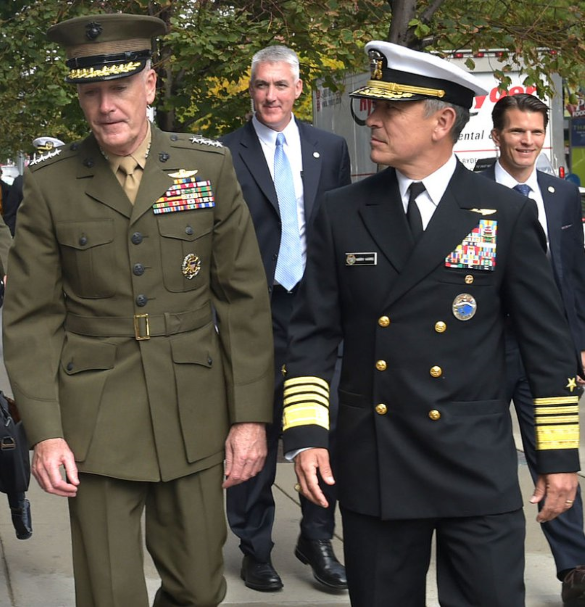