The Army designates your job while serving the country as a “Military Occupational Speciality” (MOS).

Military Intelligence (MI) is crucial to keeping the nation alert and safe from outsiders.

Service members that contribute to 35 Series MOS are hard-working, persistent, and determined individuals.

The information they gather on outside interests very well may save hundreds, if not thousands of lives.

Continue reading to learn more about every Military Occupational Specialty under 35 Series MOS.

An Army Intelligence Analyst (MOS 35F) has an important function in understanding foreign cultures and languages.

Their intelligence reports may radically shift the course of any military action.

Additionally, they assist in establishing as well as maintaining systematic, cross-referenced intelligence files and records.

Learn more about what it takes to become an Intelligence Analyst (MOS 35F) for the U.S. Army.

The investigations enable the U.S. Army to detect and counter enemy threats.

Supervisors depend on Counter Intelligence Agents (MOS 35L) to deliver essential reports on the daily activities of enemy forces as well as foreign adversaries.

They may provide estimates on enemy forces like threat assessments and vulnerability trends.

The type of intelligence focuses on the movement of enemy forces and other advanced intel.

Human Intelligence (HUMINT) Collectors study interrogations and operations for information that is prudent on an adversary.

The information they provide is generally time-sensitive and extremely important to deliver.

Read more about what it takes to serve this great nation as an Army Human Intelligence (HUMINT) Collector.

They are experts in a foreign language and can speak and write the second language fluently.

The information they receive may be related to combat, strategic, or tactical intelligence.

The type of signals equipment varies, however, you’ll receive specialty training after boot camp to develop your skills.

Army Cryptologic Linguists (MOS 35P) are very important to national defense because of their ability to interrupt and assess foreign languages.

For this reason, Signals Collectors exploit non-voice communications and other types of electronic signals to gain an upper advantage on the enemy.

Electronic signals and other non-verbal communication can provide invaluable insights into the enemy.

Signals Collectors are skilled technicians because intelligence-gathering equipment needs to get fixed as soon as possible.

They assist in the collection, processing, analysis, and distribution of intelligence reports.

Army Intelligence Senior Sergeants (MOS 35X) may distribute findings to any group or division of the military branch.

The United States Army relies on intelligence for independent and joint operations.

Personnel that becomes MOS 35X or MOS 35Y in 35 Series MOS specialties work hard, show up on time for work, and have a keen eye for sensitive information.

35 Series MOS department relies on its efforts to maintain a strong and productive department.

Serving the country in 35 Series MOS is an exciting opportunity to contribute to a better and safer world.

Intelligence gathering has always been necessary and will continue to remain relevant even as many military jobs shift to a more digital world. 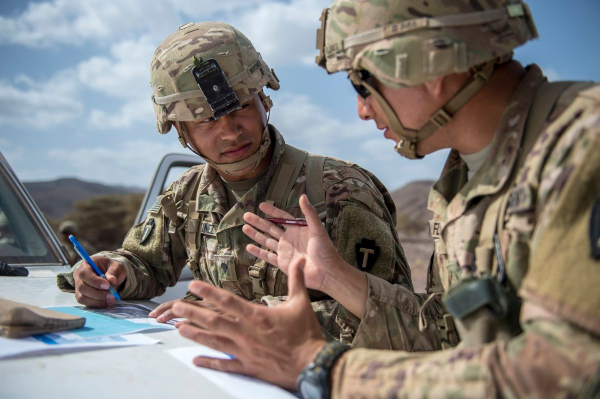 The 35 Series MOS are the jobs in the Army that involve military intelligence. Learn more about each MOS in the series, including what they do and what the requirements are.