The United States Space Force (USSF) is an upcoming space warfare service that will get launched by the U.S. Armed Forces as an extension of the Air Force.

It will make history in 2020 by becoming the sixth military branch in the United States, the first in more than 60 years.

Since the U.S. Space Force hasn’t technically been created, there are still several assumptions as to how the new space-based military branch will operate.

However, we do already know some details about USSF including how you could one day become part of this exciting new frontier.

What is the US Space Force?
General Requirements
Space Force Sign Up Process
Duty Stations
Conclusion

What is the US Space Force?

The idea of a presence in space dates back more than a half-century when the Soviet Union launched Sputnik 1, and 12 years later with the first U.S. moon landing in 1969.

However, it wasn’t until recently that a military presence in space has been highly considered by the U.S. government.

President Trump proposed the idea in a speech in 2018, and shortly thereafter directed the Department of Defense to begin its early planning.

The landmark decision will create a military organization in space by first borrowing about 200 members from the U.S. Air Force.

However, by 2024 it is anticipated that USSF could have approximately 15,000 members.

The service will be headed by a Chief of Space Operations, comparable to how the U.S. Navy is structured.

Based on the new agreement with Congress, the Space Force will reportedly:

Be organized, trained, and equipped to provide (1) freedom of operation for the United States in, from, and to space; and (2) prompt and sustained space operations.

There is still plenty of details that need to get fleshed out in the first year of operation including a location for USSF headquarters.

While the thought of a U.S. Space Force may conjure up ideas of space warships and laser guns, the reality is in the early days of USSF will primarily focus on monitoring satellites from potential threats.

Related Article – Platoon Size: How The US Army Is Organized

While there are still many assumptions regarding how the U.S. Space Force will operate, we can assume that it will take after the Air Force.

The Space Force is getting created partly by members of AF Space Command.

Since the Air Force already serves as the “aerial and space warfare branch” of the U.S. Military, it will likely model its requirements after the branch.

General requirements of US Space Force should fall under the same basic standards of the five other military branches:

However, the exact details of what types of space-related jobs and requirements are still something USSF needs to sort out during its first few years of conception.

Regardless, you can expect the military branch to consider age, medical issues, or criminal history as possible deterrents to not qualifying.

If you would like to join the Space Force one day we recommend maintaining good health (physical and mental).

It will also help your cause to stay out of trouble and study to become the best student possible.

Once again, the U.S. Space Force (USSF) has yet to declare an official sign-up process and plans to borrow troops from the Air Force and Navy during its early years.

However, we can predict that USSF will likely model its sign up process after the Air Force since it is the military branch most similar to the proposed USSF.

The U.S. Air Force has different processes for enlistment depending on if you plan to join as an enlisted airman or officer:

It is anticipated that new enlisted soldiers of the Space Force will need to meet general requirements (listed, above).

Secondly, the Space Force will have its own Military Occupational Specialities (MOS) with expected ASVAB scores to qualify.

The specific Military Occupational Specialties and minimum ASVAB scores have yet to get announced.

Finally, new enlistees will need to go through a physical and mental screening.

The screening is conducted through a Military Entrance Processing Station (MEPS).

There they await a departure date for space boot camp.

While the exact details have not been fleshed out you can anticipate that officers in the Space Force will have a few ways to join the force compared to the Air Force.

Once again nothing has been made official by the new U.S. Space Force yet we anticipate a model similar to the Air Force.

In December 2019, Congress approved a proposal that will make the new Space Force part of the U.S. Air Force.

The proposal includes a budgeted $72.4 million for start-up costs, some of which may go toward establishing duty stations.

Currently, the Air Force has bases across the United States and the brand new USSF will likely borrow resources until it gets up on its own feet.

The site seems like logical headquarters for Space Force since Space Command already operates there and the Air Force Academy is right next door.

However, it is also speculation as the USSF has yet to announce its headquarters yet is expected to do so sometime in 2020.

The base is reportedly being considered because Space Force plans to use the location as a spacecraft ground control base.

Furthermore, Space Force reportedly is seeking to use Vandenberg Air Force Base because of its satellite launching capabilities.

Vandenberg Air Force Base exists in Lompoc, California – near the Pacific Ocean and west of Bakersfield.

However, none of these details are finalized and it is possible Space Force could have duty stations across the United States.

It will likely build its own as the program grows, however, it could be several years before that becomes a reality.

A Space Force Academy is also conceivable in the next 10-30 years, although there are no immediate plans for that.

The U.S. Space Force (USSF) is an exciting new concept that will introduce a military presence in space.

While the first few years of the program will mostly focus on research and establishing a new structure, it is feasible that one day you could join the military branch.

The initial focus of Space Force will center on protecting U.S. satellites yet the duties and expectations of soldiers will likely expand as other countries throughout the world take notice and also introduce their own programs.

Check back for the latest updates on U.S. Space Force! 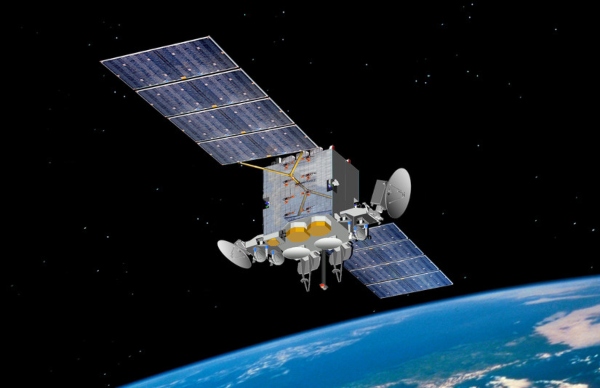 The Space Force is the newest branch of the US military. Find out what the requirements are, how to join, and much more.