Military service is not for everyone, and some uniformed military members wonder how to get out of the military early.

Those who seek a way out of their military service contract early have to meet specific requirements.

While it is not easy, receiving what is referred to as an ‘early-out’ is possible in some circumstances.

There is more than one type of discharge from the military.

In some cases, the discharge, or separation, is involuntary. Involuntary discharge means the military member does not want to leave the military.

However, the military can discharge a member for numerous reasons—for example, two reasons for an involuntary discharge include health reasons or discipline problems.

Depending on the reason for the involuntary separation, the discharge could be honorable or dishonorable.

On the other hand, there is a voluntary discharge from the military, as well. In this case, the military member agrees with the separation.

There are several reasons why a uniformed member receives a voluntary discharge from the military.

There are several different types of military discharges, and each discharge comes with its benefits and restrictions.

An honorable discharge will result in a service member having full access to all awarded benefits.

It is the highest level of discharge.

Often the general discharge happens for various reasons, including failure to adapt or minor misconduct issues.

The paperwork after this type of discharge is specific for the reasons of the release.

Also, service members retain their VA benefits but not their educational benefits.

Other than Honorable Discharge (OTH)

An Other than Honorable (or OTH) is an undesirable discharge.

Also, the OTH may bar a servicemember from VA benefits, but the VA will determine eligibility based on individual facts surrounding the OTH.

A bad conduct discharge is a punishment for behavior and often happens after a court-martial.

The dishonorable discharges are reserved for the worst possible offenses.

Therefore, this discharge results in the loss of military benefits.

One possible early-out from the military is the entry-level separation.

In this type of separation, the service member receives a discharge before completing 180 days of active duty.

Once a service member’s contract goes into effect, the countdown to 180 days begins.

This type of separation is not so much an opportunity for a service member to find a way out of their service contract. Instead, it is a way for commanders to discover who is not cut out for service.

Some reasons for an entry-level separation include:

The commander will consider all of these as reasons for an entry-level separation, but commanders need to use this type of separation only if the behaviors are unintentional.

If a commander believes a service member is purposely utilizing a lack of effort to get out of service, the result may be different.

What are the consequences of an Entry Level Separation?

There are no consequences of an entry-level separation. The separation is neutral, so it is neither good nor bad.

Therefore, there are no long-term consequences because the entry-level separation happens too quickly to qualify the member as a veteran.

Depending on the situation, not showing up to the Military Entrance Processing Station (MEPS) does not have many consequences.

The first time a recruit goes to MEPS is the initial qualifications such as the ASVAB test and medical clearance.

Also, job selection occurs, and you meet with an advisor to go through your options.

Next, you have your swearing-in ceremony.

Usually, the process takes two days, and many recruits leave right for basic training after signing their service contract.

You are allowed to leave the MEPS center at any point before leaving for basic training.

Also, you do not have to show up to MEPS at all. Your recruiter will likely be upset and work to convince you to go in and finish the process.

Some recruits enter the delayed entry program. In this case, they go through the initial process like everyone else, but they do not leave until later.

If a potential recruit changes their mind in the case of a delayed entry program, they do not show up at MEPS on their ship-out date.

There is a point where right before shipping out, when the final swearing-in ceremony occurs and the signing of the contract’s final page where there is no easy way to go back to civilian life.

What are the consequences of not showing up at MEPS?

There are no consequences other than potentially awkward conversations with your recruiter.

If you want a way to get out of the military early, not showing up to swear in and ship out is the easiest.

#3 Convenience of the Government

There are situations where one way of getting out of the military early happens because of the government’s convenience.

However, it is valid to point out the convenience is of the United States government instead of the service member.

Although, there are situations where this voluntary separation benefits all parties.

For the most part, the convenience of the government discharges is for situations that do not fall under one specific category.

Also, the convenience of the government discharge is under the basis where there is an undue hardship that can only have a resolution with a discharge.

What are the consequences of the convenience of the government discharge?

Given this discharge is so broad, the consequences are comprehensive, as well.

If you want to know how to get out of the military early, a military hardship discharge is possible. However, this type of discharge is difficult to accomplish.

The military expects that the hardship must be becoming increasingly worse over time since signing up for active duty.

Also, the only way to eliminate the hardship is by a military hardship discharge.

A genuine hardship might involve a circumstance with the immediate family where the service member has no other options and is not temporary. For example, a sole parenting situation may lead to a military hardship discharge.

Furthermore, this type of discharge is relevant only when the hardship exists in the immediate family or the only living blood relative left in the family.

What are the consequences of a military hardship discharge?

Typically, the discharge from active duty is honorable unless there are issues already with the service member’s service record. In that case, the characterization might be general under honorable conditions.

Also, some service members who seek this discharge might receive a transfer to inactive reserves instead of a full discharge.

Related Article – 10 Benefits Of Being A Military Wife

A conscientious objector has a conscience objection to complying with requirements necessary for serving in the military.

Often, conscientious objectors consider themselves pacifists or are philosophically opposed to the armed forces.

While a discharge based on conscientious objection is possible, it is not easy.

For example, one would need to prove their point of view evolved since signing up for the military.

Also, the evidence must be clear that the service member changed other areas of their life to reflect the new belief system.

What are the consequences of conscientious objections?

If your application as a conscientious objector is approved, you will receive an honorable discharge.

Also, you have access to all earned veteran benefits.

However, some conscientious objectors wish to have their designation changed to non-combatant instead of a discharge.

There are a couple of options to get out of the military early due to wanting to further your education or take public office.

Taking a public office might have a conflict of interest for the military.

Also, some circumstances allow a service member to exit the military for educational reasons.

For instance, if staying in the military would prevent college completion, you could receive your discharge 10 to 30 days before class begins.

However, you must have a full 21 months of active duty, your service cannot be critical to a mission, and you must be near the end of your service contract.

What are the consequences of an early release?

The characterization of the government discharge’s convenience is honorable.

Therefore, you receive all benefits allowed given your rank and time in service.

While the military is a fantastic option for those with the right aptitude, it is not for everyone.

Many times potential recruits realize they are not a right fit before enlisting, while others know they need a way out of the military early after signing their contract and showing up for boot camp.

In some cases, service members leave the military either voluntarily or involuntarily.

Also, there are characterizations for the discharge, such as honorable or less than honorable.

Some new recruits receive their military separation because they are unable or unfit to make it through training. This is called an entry-level discharge.

Other discharges do not fall under a specific category, and these are determined to be a discharge due to the government’s convenience.

Some service members find success with their voluntary discharge because their point of view has changed, and they find themselves to be conscientious objectors, and the military’s views no longer fit their life’s views.

Another option is a military hardship discharge, but this type of discharge is difficult to accomplish and has a very narrow scope of qualifications.

Lastly, service members might be eligible for early release due to college or by taking public office.

Usually, the above-mentioned discharges are under honorable conditions, but there are some situations where the discharge is general. 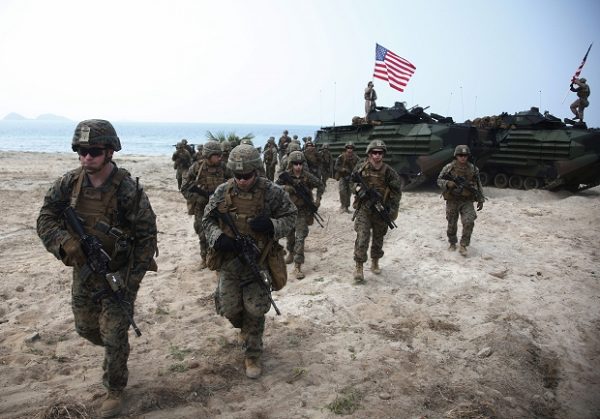 Learn more about the various ways you can get out of the military, including hardship discharges, early out for the Army and Navy, and Air Force early separation.